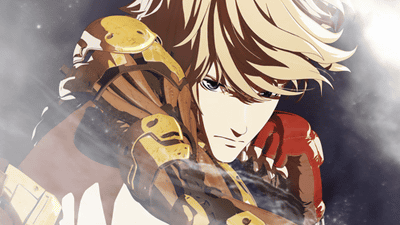 The serialization began with monthly IKKI, and later he transferred to Ultra Jump, and the animated version of 'Super Steam Battle' manga 'Levius-Levius-' by Haruka Nakata, which continues to be serialized, was announced. It will be distributed worldwide as Netflix original animation series. 
'Levius-Levius-' is a lonely boy Levius-Cromwell, who has lost his right arm and father due to the war, and whose mother has also become vegetative, wears the modified artificial hand, and challenges the ultimate martial art 'machine fight' Works to draw This is the first full-length serialized work of Haruka Nakata, which boasts an overwhelming ability from the time of its debut, and has been developed in a format that anticipates the world development of horizontal writing and left opening from the beginning.

The creators of the animation are polygon pictures known for ' GODZILLA Monster Planet ', ' Sydonia Knight ', ' Ajin ', ' BLAME! ', ' Star Wars Resistance ', ' Pingoo in the City ' and so on. In this film, the main director of 'Ajin' is reorganizing, such as general director Hiroyuki Seshita, series configuration Koji Seko, character design Yuki Moriyama, acoustic director Miwa Iwanami, and music Satoru Ogino.

The director is Keisuke Ide. He is an episode director for 'Ajin', and this is his first film.

Directed by Keisuke Ide:
I thought about settings and stories with the original author and the scriptwriter in an effort to bring out a different attraction from the original manga. I am still working on it, but I would like to make it an animation that can be enjoyed by the original fan as well as the first look. Please stay tuned!

'Levius-Levius-' is scheduled to be exclusively distributed worldwide at Netflix in the winter of 2019.