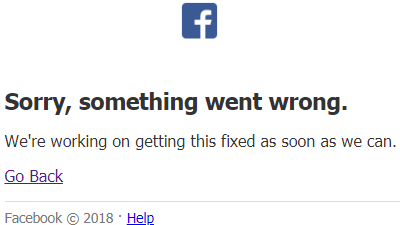 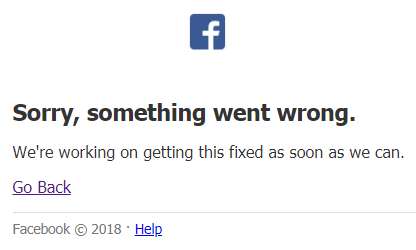 Have Been Dealing with an Outage for Most of the Day-Adweek
https://www.adweek.com/digital/facebook-and-its-family-of-apps-have-been-dealing-with-an-outage-for-most-of-the-day/

The status of Facebook on Facebook's developer dashboard was "partially suspended" at around 1:00 on March 14th at 19:00 on March 13th, 2019 local time. . Even at the time of article creation, the status shows "partial failure", which means that access failure has continued for more than 8 hours. 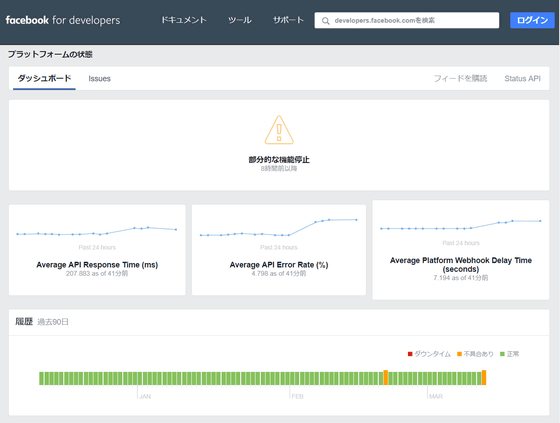 Facebook is investigating the cause of the access failure, "There is a problem that some API requests may take a long time, or may fail unexpectedly. We investigate and solve the problem. “I'm working on it,” which suggests that it is an obstacle due to an API request issue.

USA TODAY said Ronald Dublin, an engineer working at Netscout, a network performance company, says that "access failure occurring on Facebook is not inherently malicious, but such events are widespread. "It could be destructive," he added, saying that access failure is due to Internet traffic congestion that Internet companies in Europe accidentally encountered.

According to "Downdetector", a third-party service that reports the server status of each service, we can see that there is a rapid increase in reports of user access problems at around 1:00 on March 14 in Japan time. 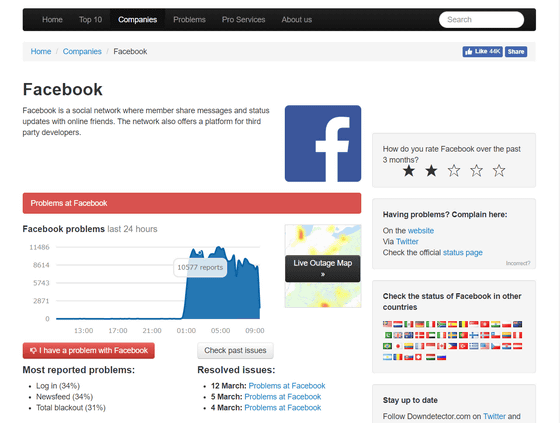 The map below shows in which region server failure is occurring. It seems that access failure has occurred mainly in areas such as Japan, the United States, and Australia. 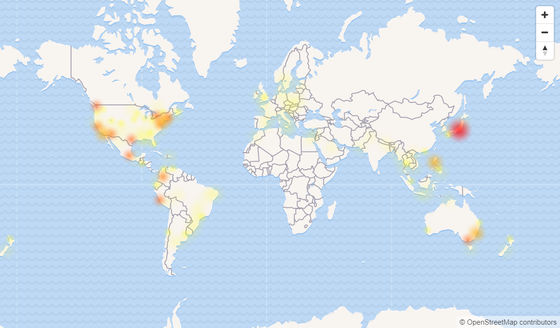 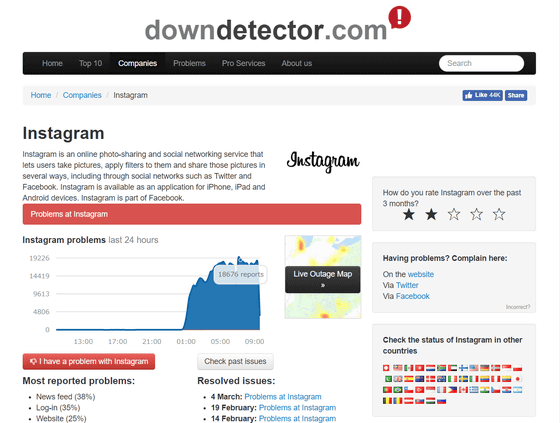 In the case of Instagram, it seems that the obstacle in the United States is bigger than Japan. 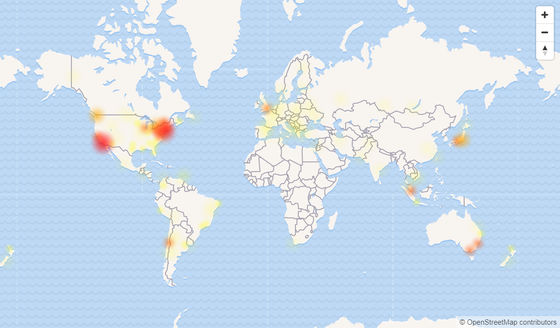 "WhatsApp has also failed and reports WhatsApp related news, WABetaInfo notes that" The problem is with the server that sends the media. This is the same thing that bothers Facebook and Instagram. " It suggests that all the failures that occurred on Facebook, Instagram and WhatsApp are due to the same cause.


WhatsApp is experiencing server issues to send media, for some users. This afflicts Facebook and Instagram too.

Let me know if you experience problems!

"We recognize that some users are currently having problems accessing Facebook related apps. We are working to resolve them as soon as possible. In addition, the problem is a DDoS attack. Confirming that it is not related to


We're focused on working to resolve the issue as soon as possible, but can confirm that the issue is not related to a DDoS attack.


"We are aware that there are issues that affect the access of Instagram users. We are aware of the frustrating situation for our users, and the development team will try to resolve them as soon as possible. I am working hard. "


We know this is frustrating, and our team is hard at work to resolve this ASAP.