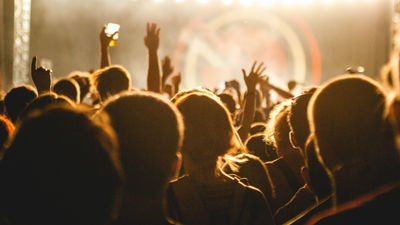 In "Rotten Tomatoes", there are two scores that are tabulated by film critic figures and are scores of less than 60, " Tomatometer " which is evaluated as " rotten ", and " Audience Score " by general users . It is not always interesting for the user that the critic's highly valued works are interesting, but it is not interesting that critics do not necessarily recognize works enthusiastic by ordinary users.

And apart from this, there was another " Want to see " score that shows how much the general user wants to see the movies before the release. As long as this score is high, it was a numerical value that we can guess that it is a work that has something to stab even a work I do not know, but in recent years, I used this number to intentionally defeat the movie before release Case occurred. Rotten Tomatoes decided to turn off this function for the time being, judging "It will be harmful to general users."

"Want to see" is a score attached to the work which it thought "to want to see" to the last, it is a different thing from "Audience Score" which the general user who saw the work wears, but when it is wondering whether to see the work If you look at Rotten Tomatoes for reference and have a low score, you will definitely get a negative impression.

In response to this change, the Rotten Tomatoes user gave an understanding saying, "Evaluations that once gone down do not return", while the opinion that "I do not want to see" Even so, are you hiding negative ones? "