Netflix finally turns video autoplay on and off 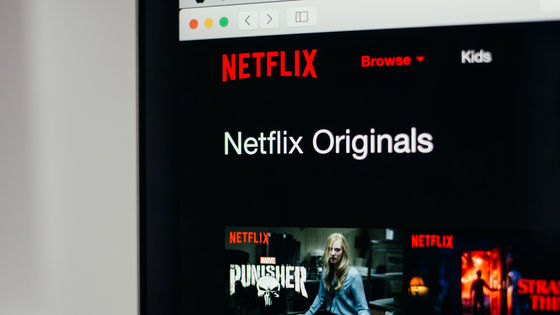 In Netflix, when you play a series of works consisting of multiple episodes or search for a title from the top screen, the autoplay function will play the subsequent story or trailer. This autoplay can now be manually turned on / off by the user.

How to turn off Netflix autoplay and stop videos from playing as you browse-The Verge
https://www.theverge.com/2020/2/6/21126930/netflix-autoplay-turn-off-stop-disable-block-trailers-how-to

Netflix says on its official Twitter account, 'Some people appreciate this feature, others don't. The feedback is solid. We've given users control over Netflix's autoplay feature.' And the ability to turn the autoplay feature on and off.

Some people find this feature helpful.Others not so much.

We've heard the feedback loud and clear — members can now control whether or not they see autoplay previews on Netflix.Here's how: https://t.co/6V2TjEW6HD https://t.co/zbz4E8fVab

Netflix has two types of autoplay features. One is `` auto play function when watching TV series consisting of multiple episodes '', the other is `` When searching on Netflix, trailers automatically play and you can preview movies and dramas Function '. These two autoplay functions can be turned on / off from the 'Profile Management' screen.

How can I turn autoplay on / off? Users and creators have long complained about Netflix's autoplay feature. For example, Ryan Johnson, who directed and screened for ' Star Wars: The Last Jedi, ' tweeted on Twitter that 'My favorite is console games, because I can check Netflix without autoplay.' doing.

Johnson isn't the only one who has turned to Netflix's autoplay feature. Overseas game media Polygon has posted an article saying, 'Please stop autoplay, Netflix, please.'

Netflix, please stop with the autoplay-Polygon There is also a Twitter account called ' Stop Autopreview (@stopautopreview) ', which was born out of the hate for Netflix's autoplay feature. This account is used to retweet tweets of users who are dissatisfied with Netflix's AutoPlay feature.

Hi all, please ensure you tweet to @ netflixhelps to register your complaints. # Stopautopreview