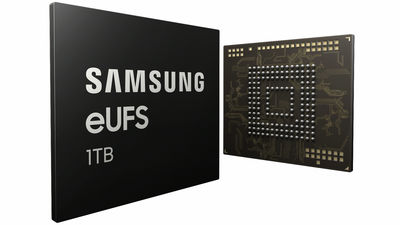 Samsung has announced that it has begun mass production of 1 TB eUFS (flash storage), the first in the industry, for mobile devices such as smartphones. 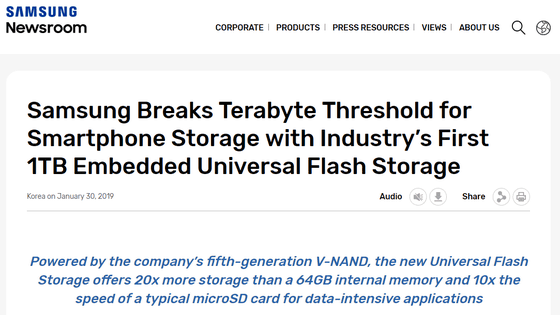 Samsung started production of the world's first 512 GB eUFS at that time in December 2017, which is one year's strength and has started to mass-produce eUFS twice its capacity. 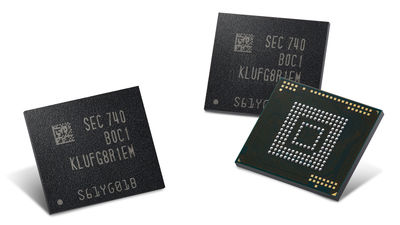 "1 TB eUFS is expected to play an important role to bring a user experience like next-generation mobile PCs to many notebook PCs," said Cheol Choi, vice president of Samsung Electronics.

This 1 TB eUFS is a combination of 16 layer stacking of state-of-the-art 512 Gb V-NAND flash memory and proprietary technology of newly developed, which realizes the capacity twice as large as the size of 11.5 mm × 13 mm which is the same as the conventional 512 GB eUFS I will. 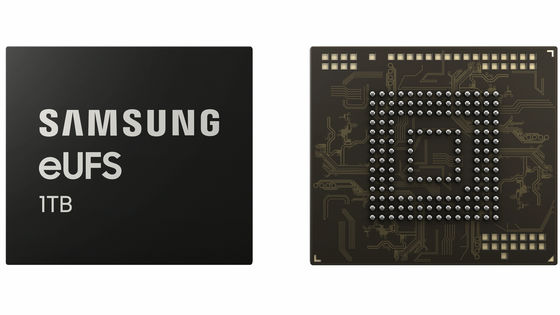