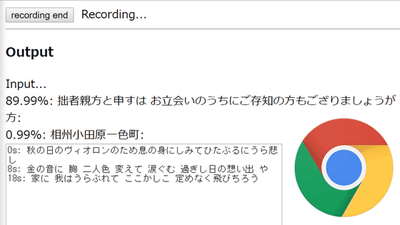 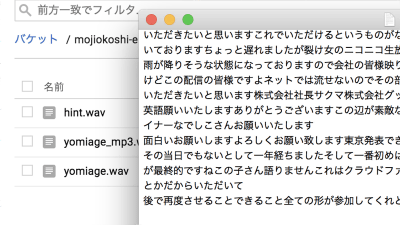 Recording Studio looks something like this, it's a very simple UI. Click "recording start" in the upper left ... ... 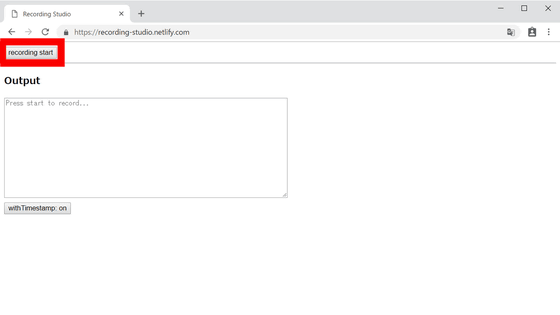 Chrome will ask you permission to use the microphone. Click "Permit". 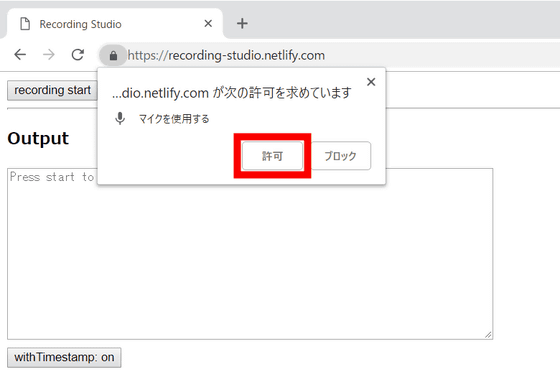 If "Recording ..." appears next to the button, recording is in progress. 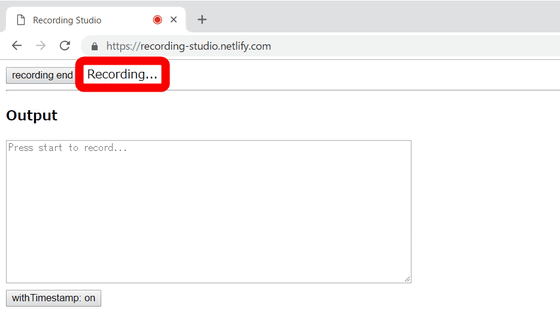 You can see how to convert the actually entered voice to characters in real time with the following movie.


The words talked to the microphone are converted quickly to characters on the spot in real time. 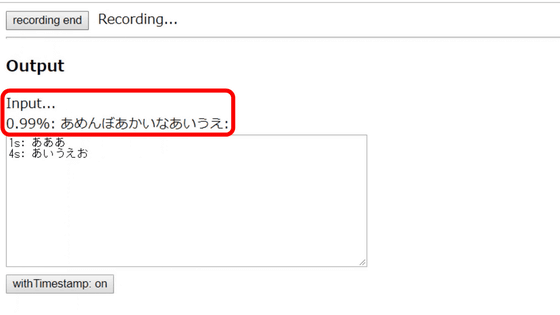 When you come across the voice input, such as stopping talking on the way, the text transcribed with the time stamp moves to the field below. It is not just continuing letters as it is, the break of the talk is reflected in the text properly. 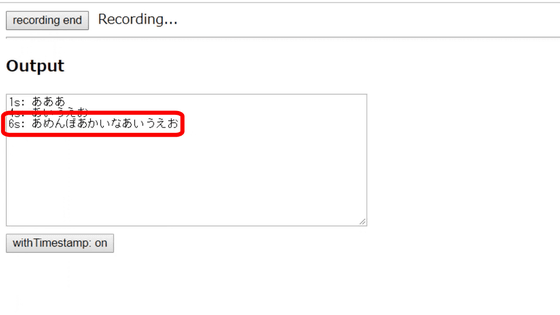 This time I consciously talked about quite the mouth and tried talking about the beginning of " Takuro selling " mouth ...... 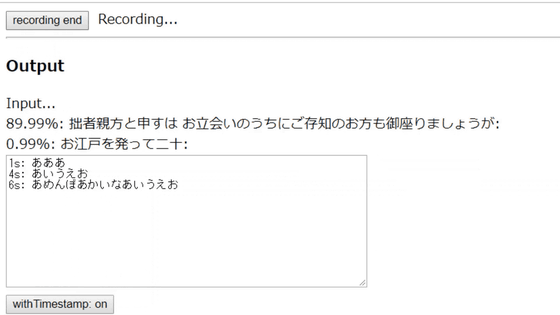 Despite the fact that the old phrases are also mixed contents, it is well understood that the conversion of kanji is correctly done and written and raised with considerable precision. To stop audio input, click "recording end" in the upper left. 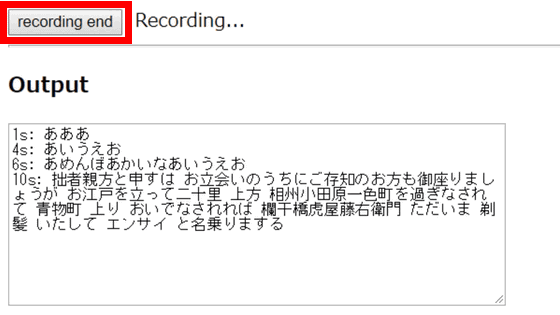 When input is completed, players who can play the audio input at the bottom of Output appear. It is possible to listen on the spot by pushing the play button. 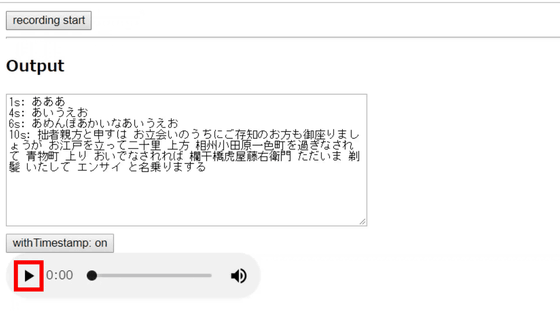 Also, when you finish uploading the input voice data to the server, click on the icon on the far right ... .... 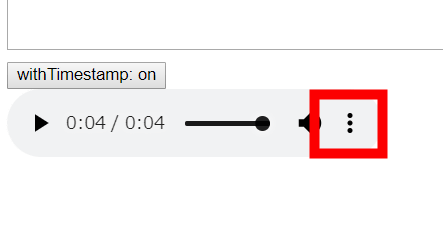 You can also download input sound in WebM format.

The SpeechRecognition API also supports Chrome for Android. So I tried to access Recoring Studio from Pixel 3 . UI is the same as PC version. Tap "recording start" on the upper left ... ... 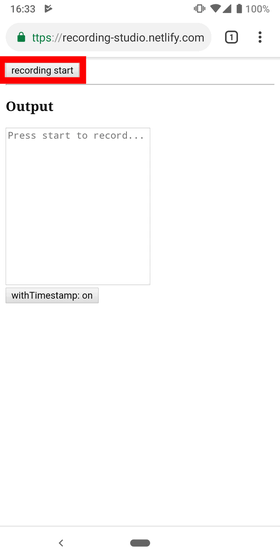 Tap 'Permit' so you are asked for permission to use the microphone. 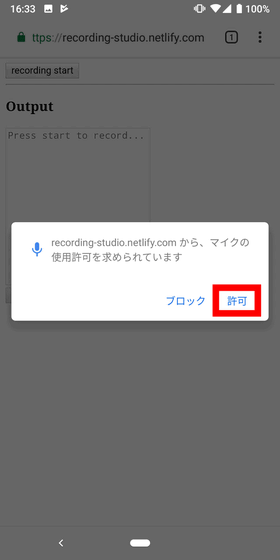 In addition, you are asked for permission to record audio, so tap "permission" 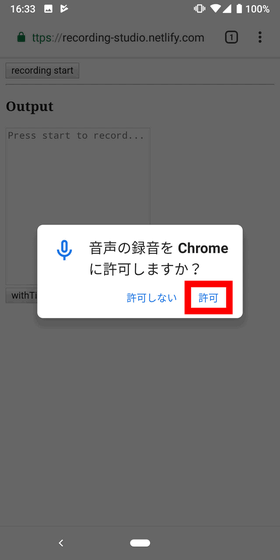 Although I expected it to be convenient for recording and transcribing easily from a smartphone, recording was possible at the time of article creation, although the input speech could be reproduced from the browser, the essential transcription did not work. 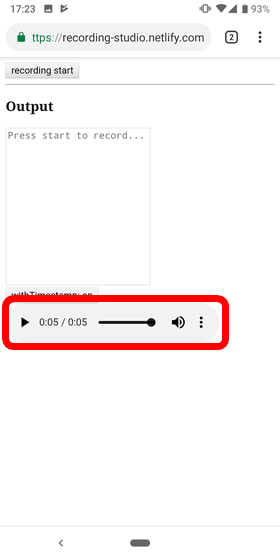 Because Recording Studio performs speech recognition in the cloud, it can not be used unless the browser is online, but with a notebook PC and microphone it was accurate enough to be used for meetings and a little interview notes.