What is the history of an unknown electric car such as 'one in every three cars in the 20th century was an electric car?' 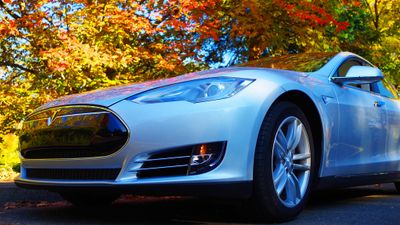 Speaking of electric vehicles running with electricity as an energy source, there is an image that is finally developed as a result of the latest technology being introduced. However, in fact, electric vehicles have a long history of development since the 19th century, and American media Bloomberg summarized that there were times when one third of electric vehicles were electric cars for a while at one time.

171 Years Before Tesla: The Evolution of Electric Vehicles - Bloomberg
https://www.bloomberg.com/news/photo-essays/2019-01-05/171-years-before-tesla-the-evolution-of-electric-vehicles

Some researchers are developing batteries running from batteries in the early 1800's, and Scottish inventor Robert Anderson developed a battery-powered car using a primary battery that can not be recharged around 1832 It has been said that. Also, around 1890, William Morrison, a scientist in the state of Iowa, USA, developed a six-seater electrification wagon.

In 1899, Belgian racing car driver Camille Yennatsi took on an electric car developed by himself and traveled at a speed exceeding 100 km / h for the first time in history. By the end of the nineteenth century, electric car taxis increased and on September 13, 1899 Henry Bliss was killed by electric car taxi in New York and died, becoming the first traffic accident death in history. In the 20th century, one-third of all cars in the United States became electric cars, and charging stations for electric cars were also provided on the road. Electric cars are quieter, cleaner than gasoline-powered vehicles, and they are well sold to women as being easy to maneuver.

Thomas Edison, inventor Thomas Edison and founder of Ford Motor Henry Ford, will advance the development of electric vehicles and will tell reporters in 1914 "to develop a practical car that runs 100 miles (about 160 km)" I heard that the project was abandoned in the end although I had something. On the other hand, Austria's automotive engineer Ferdinand Porsche has created the world's first hybrid car. Electric car which boasted a great popularity for a while for a while, but Ford introduced a line manufacturing method to the manufacture of T type Ford which is a gasoline car, gasoline vehicles can spread to the masses and gasoline car engine can be started easily As the introduction of cell motors advanced, the share of electric vehicles will decrease. In the early 1930's, little electric car remained.

It was an electric car that seemed to have disappeared completely, but it seems that in 1954 the first electric powered golf cart was commercialized and used for some applications. Due to the serious environmental pollution in the 1960s, American automobile manufacturers including General Motors cooperated and developed a concept model of an electric vehicle that does not pollute the air. In the early 1970s, the capacity of batteries increased drastically, so practical application of electric cars was becoming more realistic. However, on the other hand, problems still remain in the performance and range of the electric vehicle using batteries, and electric vehicles were not widely accepted.

In the 1990s exhaust gas regulations were strengthened and automobile manufacturers are increasingly focusing on electric vehicles that are a substitute for gasoline vehicles. In 1997, General Motors mass-produced an electric car called GM · EV 1 and leased it to some US users. In addition, hybrid cars such as Toyota Prius and Honda Insight have also appeared, and Nissan is developing an electric car with lithium ion battery called Altra EV . 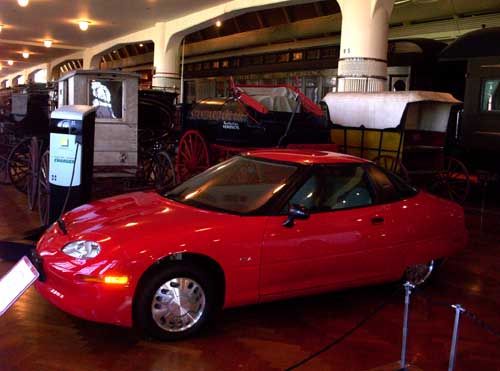