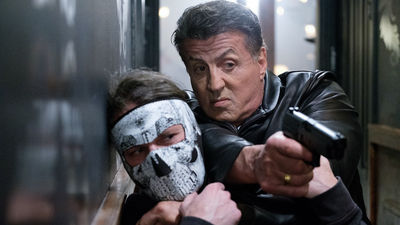 Action movie actors Sirvestar Stallone and Arnold Schwarzenegger released a sequel to " Great Escape " movie "Escape Plan 2: Hades", which challenged jailbreak from "Ultimate Prison" It was decided in March of 2019.

"Great escape" is a security expert and the world's only "jailbreak professional" Breslin (Sylvester · Stallone), a mysterious man aiming for jailbreak in prison · Rotmeyer (acting: Arnold Schwarze Negger), a movie that will aim at jailbreak by two people. 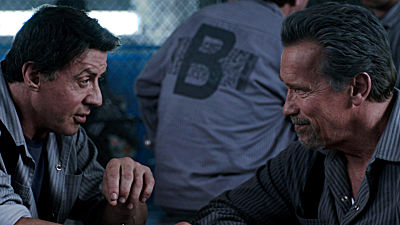 The sequel is "Great Escape 2". This time, it is standing in front of Breslin is a prison pride of computer controlled maximum security "Hades". In order to save captive friends, we will again challenge prisons with our friends and Delosa.

It is WWE-born action star who is from WWE and acts as a draft role of "Guardians of Galaxy", a role of Sappa · Morton of fugitive replicant appearing at the beginning in "Blade Runner 2049" Dave with many roles that made use of big bodies · Bautista. In addition to the previous work, there is a security expert · hash which Curtis · "50 cent" · Jackson plays, and Huang Xiao Ming (Huang Xiaoming) and "Shin Citi" known for "Ip Man" Jamie King will also appear.