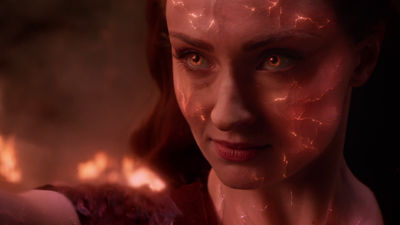 A new trailer " X-MEN: Dark Phoenix ", the biggest threat version, has been banned, which is an image of the popular "X-MEN" original comic "Dark Phoenix Saga". It is the content which shows the overwhelming power of Dark Phoenix, the strongest and the worst dark hero of Marvel history.

Mystique (Jennifer · Lawrence) who walks to Gene "listen to the story"

However, Jean rejected Mystique with "Do not get close"

A mysterious woman who whispers "We are special" to a weak jean (act: Jessica · Chastain)

"You can rule the world"

It seems that even magnanas (act: Michael Fasbender) also have power to surpass

What you tell "It's your fault Charles" is Hank · McCoy (Beast / acting: Nicholas Holt)

Magnito tells "Give up", pointing to Jean, who turned into Dark Phoenix.

"I have to stop" and thunder is generating storm (act: Alexandra Ship)