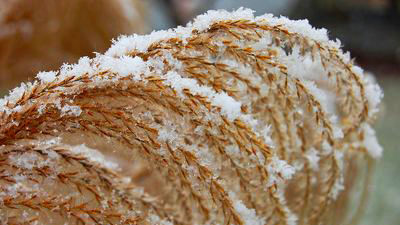 In order to stop the progress of global warming, researches on renewable energy using wind power and sunlight are progressing in the world, and biofuels made from plants such as corn and sugar cane as a substitute resource for petroleum fuels It is. It was reported that plants that greatly expanded the possibilities of such biofuels were discovered from the severely cold Siberian ground.

On the other hand, some problems are also pointed out in the spread of biofuels, among which the importance of food production is increasing due to the increase in population worldwide, and sufficient agricultural land is prepared to make fuel rather than food The problem of not being able to do is serious. In fact, if plants are used as food for many people like corn, the price of corn as food will also increase and there is a possibility that people who live in poor people may be hungry.

One way to solve this problem is to "cultivate biological energy crops in harsh land that is not suitable for producing grain and vegetables as food." Although this may be a reasonable solution, the problem remains as to whether plants suitable for biofuels can be cultivated and harvested sufficiently in situations where soils and climates are not suitable for growing plants as foodstuffs I will. 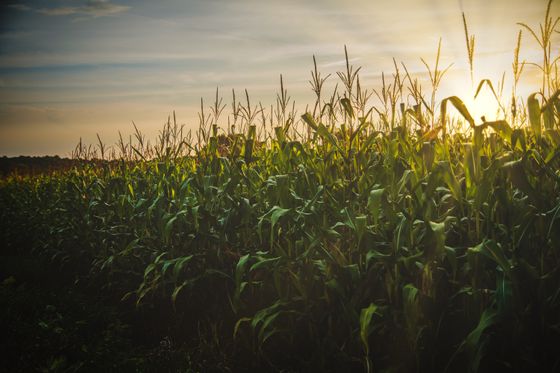 Because Miscanthus giganteus is a hybrid and does not propagate spontaneously, researchers are increasing genetically identical clones using rhizomes instead of seeds. A clone of Miscanthus giganteus called " Illinois (Illinois) " was a remarkable entity from biofuel researchers in Europe and the United States for many years because of amazing productivity and environmental flexibility.

Charles Pignon, a plant physicist at the University of Illinois, is studying plants that are effective to cope with climate change and adding new genes to Miscanthus giganteus will allow growth in a more severe environment I thought that it was. So, I also formed a research team with Professor Erik Sacks of the University of Illinois, heading to the eastern part of Siberia, where harsh environments are spreading, to collect plants that are the source of the gene.

The research team decided to collect oogis growing in an area where the temperature extremely drops like Siberia, in order to allow photosynthesis at 10 degrees Celsius or less, which Illinois is struggling with. Photosynthesis is an important process by which plants take carbon dioxide from the atmosphere and is an indispensable element for biofuels that emphasize the offsetting of the total carbon dioxide emissions.

The eastern part of Siberia is the coldest region where plants of the genus Susuki grow, and among them, it seems that one kind of ogre is found growing even in a cold weather condition of the lowest temperature in October of about -3 degrees. The eastern part of Siberia has a continental climate, and there are large temperature fluctuations between severe winter and spring and autumn. The research team thought that Ogi grown in such an environment could grow at a very wide range of temperatures.

As a result, the research team decided to take out 181 genetically diverse ogi samples and look for ogi with excellent photosynthetic capacity against cold conditions. I picked up a cold-tolerant ogle from the brought back samples, and cultivated in the field at Aarhus University in Denmark. Illinois, a clone of Miscanthus giganteus, was cultivated together to conduct a control experiment. When the temperature fell below 12 degrees, we measured the stress of the leaves and brought the promising ogre back to the University of Illinois. The research team aims to breed Miscanthus giganteus with a high yield by breeding cold-resistant ogre that we found this time, it is easy to grow even in harsh environments. Also, since Susuki is also a closely related species of sugarcane, Mr. Sacks mates a sugar cane brought back from Siberia with sugarcane, and there is also the possibility that varieties that can be cultivated further north beyond general sugar cane at the time of article creation I believe there is.