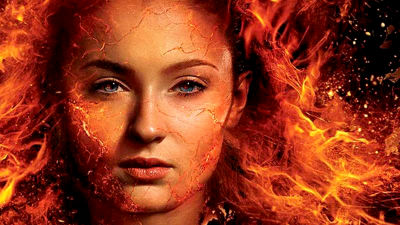 The final trailer of ' X-MEN: Dark Phoenix ' has been released, which is an image of '

Dark Phoenix Saga ' of the 'X-MEN' series, which has the highest recognition among American superhero works. The other character sealed in the mutant Jean, the dark side, is released during the space mission, and it is depicted how the power over the even Magny Toe runs away.


Members of X-MEN who went to space by NASA's rescue.

There is no particular feeling of anxiety, either ...

To be on a mission.

Among the spacecraft are the appearances of Gene Gray (play: Sophie Turner) and Scott Summers (Cycropps / play: Thai Sheridan).

Gene heading for NASA's spacecraft. Everything looked fine but ...

It turns out that the heat radiation is rising rapidly.

Even though evacuation is ordered, Jean performs a mission.

Astronauts are sent to rescue ships one after another ......

Only Jean who went for rescue runs behind.

The next moment, an explosion took place and NASA's spacecraft and Jean were exposed to mysterious rays.

The place has changed and the earth.

It is Gene who thought that everyone was dead ......

I will live and return.

Gene who came back to life after nine deaths comes to be called 'Phoenix'.

However, while no one noticed, Jean's dark side was released by the space accident.

In response to Gene's question 'Who are you?'

The mysterious woman hints at Jean's other personality, 'who knows your truth.'

Jean is puzzled that his other personality has been released.

'I can not control the power'

A mysterious woman who tells Gene, 'Your power destroys everything.'

X-MEN are afraid of Jean who can not stop runaway, and a woman.

Also against the hands of Mystique ......

I will reject it.

Gene who runs away the power of the dark side without stopping.

It is a storm (play: Alexandra Ship) that generates lightning to stop Jean, but ...

It is easy to get rid of it.

On the other hand, Cyclops 'is still helped'

It was a desperate Magny Toe ...

I will be deceived by the power of Jean.

Will the cry of cyroptoms reach ....

In addition, X-MEN: The exhibition of Dark Phoenix in Japan is