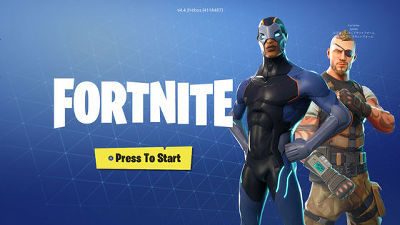 Games are now being distributed on all platforms from game-specific machines such as PlayStation 4, Nintendo Switch, and Xbox One to mobile terminals such as iPhone and Android. Fort Knight of the popular shooting game and Epic Games, the developer of Unreal Engine of the game engine, to make it easier to release games for such multiple platforms, for free for game developers It is revealed that it is planning to provide.

According to Epic Games, from development of games like Fort Knight to development of game development tools such as Unreal Engine, in order to launch an online game and continue to provide services, it has far exceeded the conventional game engine It seems necessary to have a tool with. However, tools used for existing online game operation are too expensive to use for building and testing games, and it seems that there is a reason that it is too cheap to think after operation.

So we announced that Epic Games, which just released its own game store , will offer "Multi Cross Platform Game Service" for Fort Knight in 2019. This tool will be open for all game engines, all platforms and all game stores, and it is expected to be offered for free to developers. It is also a reliable game that is offered for seven different platforms, Fort Knight, which has been used by over 200 million players. In addition, game developers use this tool, and there is nothing wrong with using game engines and game stores provided by Epic Games. According to Epic Games, the multi-cross platform game service is planned to be offered as a C SDK that encapsulates an online service for each function, and it will be integrated with Unreal Engine and Unity. However, it is not always necessary to use Unreal Engine or Unity, but it is also possible to integrate with other tools. We will start offering from the core function sequentially, and the function will be expanded over time. The following functions will be offered at the time of article creation.

· Cross-platform login, friend, profile, entitlement <br> This is the core function for persistent recognition of players across multiple sessions and devices. It is a function for collectively managing information necessary for cross platform games, from user friend information to what kind of free and pay items are possessed. This feature will support all 7 major platforms (PC, Mac, iOS, Android, PlayStation, Xbox, Switch) as long as each platform allows for title. The same function will be provided for PCs from the second quarter of 2019 to the third quarter and will be provided for 2019 for other platforms.

· PC / Mac Overlay API
A function to provide a user interface for login, friend, and other functions in a game and engine-agnostic way.

· Voice chat on cross platform - Scheduled to deliver free in-game in-game voice chat across platforms, game stores and game engines for all platforms by the third quarter of 2019.

· Matchmaking with Cross Platform Parties - A function to allow players who play games between different platforms to organize in-game parties or play online. It will be available for all platforms from the second quarter of 2019 to the third quarter.

· Cross-platform achievement & trophy <br> trophy function for cross platform. It is scheduled to be released by the second quarter of 2019.

Note that these functions are only the first step, and further support such as social function and anti-cheat function is planned.