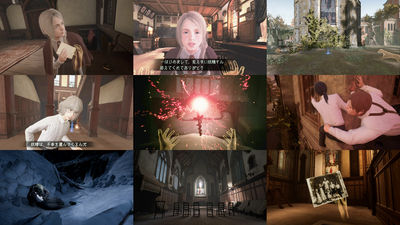 Software for PlayStation 4 " Déraciné (Delassene) " to be released on Thursday, November 8, 2018 is an adventure work for PlayStation VR exclusive title. Development is a tag of the SIE JAPAN studio and from software which created the action RPG " Bloodborne " which smells blood and death, and this work whose role is Mr. Hideki Miyazaki of " DARK SOULS " serve as a director is six boys and girls Entered into a rustic fairy tale weaving in a boarding school and became a fairy that is invisible to the eyes and it is a VR adventure that we are going to explore and I tried playing ahead.

◆ Tutorial <br> Awakening is like a night classroom. The field of view can be moved with the headset, but in order to "turn around" to decide the direction to go forward or the like, use the ○ button and the × button of "PlayStation Move motion controller" on the right hand side. The circle button at the bottom right of the controller turns to the right. If turning to the left it is the x button at the bottom left. In addition, this work requires two PS Move motion controllers. 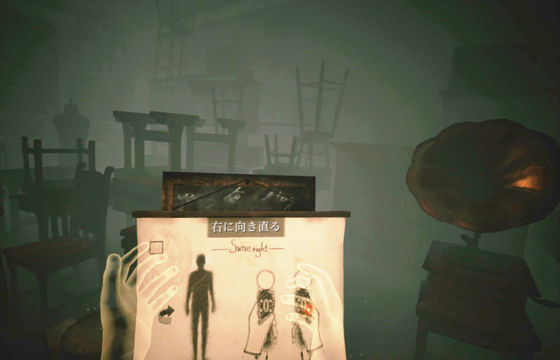 By pressing the Move button at the center of the PS Move motion controller on the right you can proceed to the point indicated by the blue light, or you can walk closer to the object enveloped by the blue light and look it up. The style of searching in this way makes me think of the point and click method of the escape game that can be played on the browser. 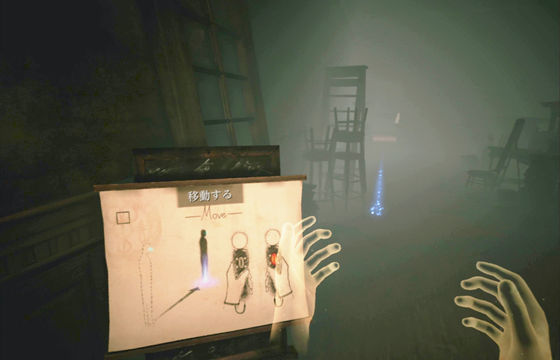 PS Move When you press the T button on the back of the motion controller with your forefinger you can pick up things. Hold the item while holding down the T button, release the item by releasing your finger from the button. When you release an item, items that you can carry are automatically stored in the item box, and those that are not returned to the original location. Basically there is no such thing as dropping an item, so I want to find out whatever I was concerned with in hand. 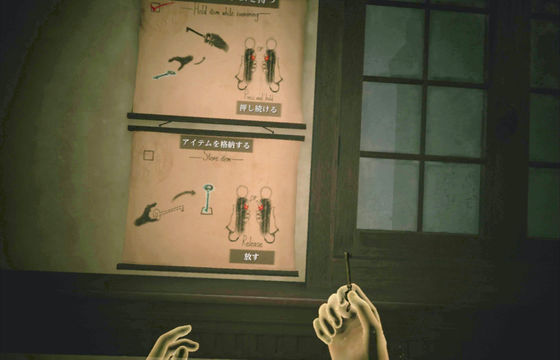 Also, when holding objects in your hand, pressing the △ or □ button on the PS Move motion controller you have in the same hand will show the description of that item. In addition to becoming a hint of solving puzzles, there is sometimes written a little story that makes you feel the depth of the world view, so it is the action you want to do first if you have something in mind. 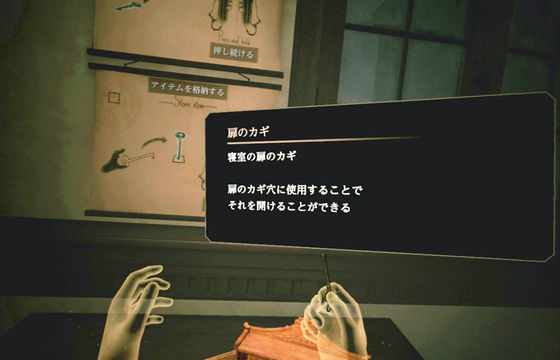 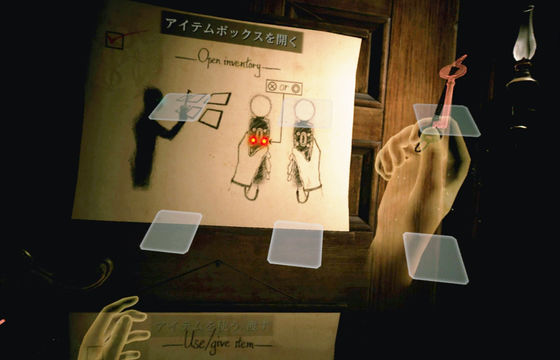 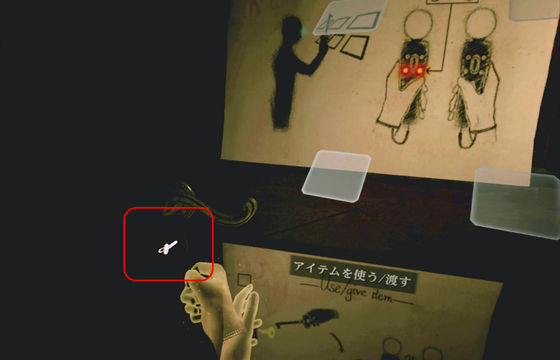 Even editorial staff who experienced VR for the first time, even if I play for about an hour, I get used to where the buttons are located even if I can not see the controller at hand. 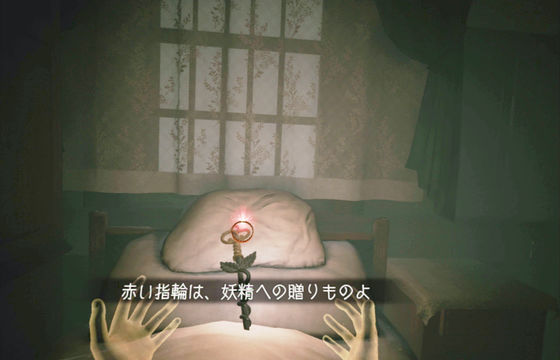 The fairy who becomes a player becomes an invisible existence in the world when it stops <br> The player becomes a fairy and uses various magical powers to make various changes and advance the story. However, fairies live different times from children, so children can stop appearing from fairies. Of course they do not appear in the eyes, but they certainly exist and can interfere with the world. When grasping the flower the girl has the biggest concern, you can see that it wilted and withered. As we proceeded with the search, there was a fresh grape with girls' illusions. Taking it in your hand as it is guided by your voice ...... I think that the red ring shone, the grapes have decayed. When I return to the girl's voice, the voice again. Having a dead flower in hand, this time the flower was enveloped in the light and rose again. There seems to be a power to exchange 'Time of Life' to fairy rings. The appearing characters start to move only a few moments when the fairy interfered. The presence feeling of gestures and expressions is unique in VR. When a girl embarked on herself, I was quite scared. Looking at the movie below, you can see the moment when responding to the wishes of the girls and resurrecting the dead flowers with the power of fairy rings.


◆ In addition to fulfilling the wishes of children just by fulfilling mischief by inserting all herbs in children's stew , not only do they fulfill the children's wishes, but also to interfere with children in the real world by setting up mischiefs unique to fairies You can. I will talk about a girl planning to mischievous to my friends in my ears and go on a mischief. 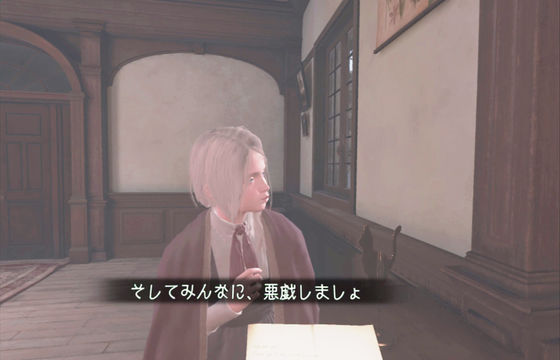 I can not talk with children directly, so I will exchange with a letter. 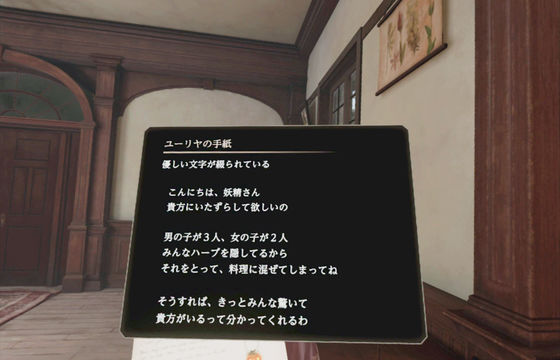 Cooking that was in the letter is the stew that the big boys are making. 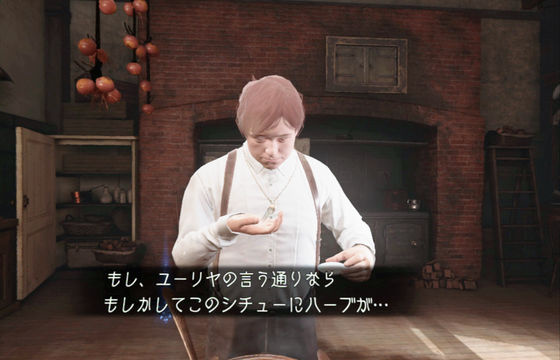 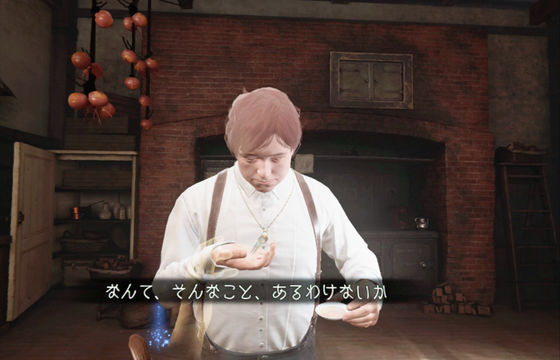 The illusion of memories shaped with light light will be the signposts of the story. A girl with hairy hair seems to have committed herbs to her dog. 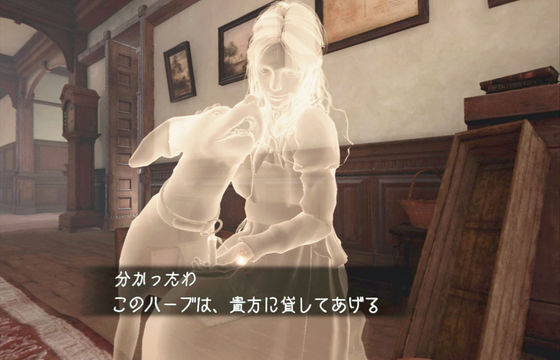 I went out from the entrance and tried to explore the outside, there was a dog 's illusion. I found another illusion further beyond that. I will follow the memories of the past as a passage of multiple illusions. When I look up to the boys' eyes ... ... A dog came into sight. This dog does not appear to be illusive. 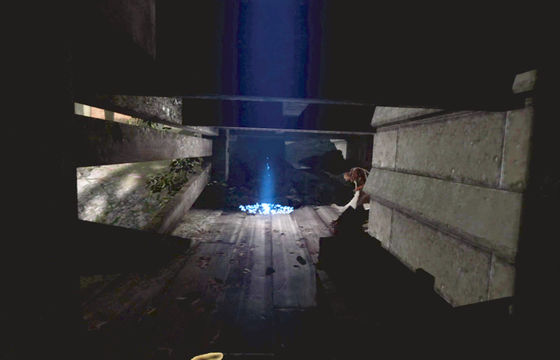 Following this, I will continue searching with hints ticked everywhere and collect four herbs. And if you put all the herbs you gathered in a stew pot cooked by a boy, please actually play and see what will happen. 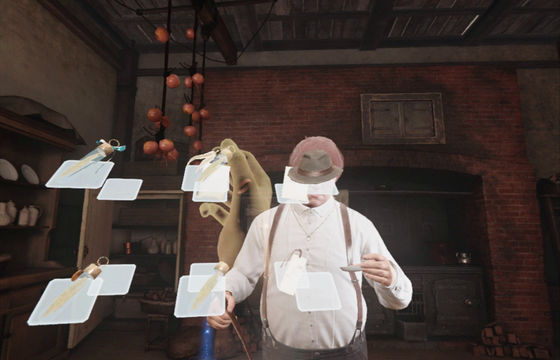 In the following movies, you can see how you are searching for herbs depending on the illusion of memories.


◆ Dimpling atmosphere and disturbing air activate 'From brain' 'Déraciné (de la cine)' is a VR work, but it is a very static game that keeps on flowing old good adventure game. 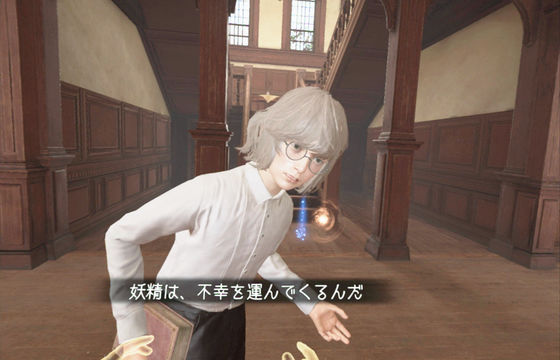 Since we do not look round or look for a quick movement, it is a game that makes it easy for people who touched the VR work for the first time. 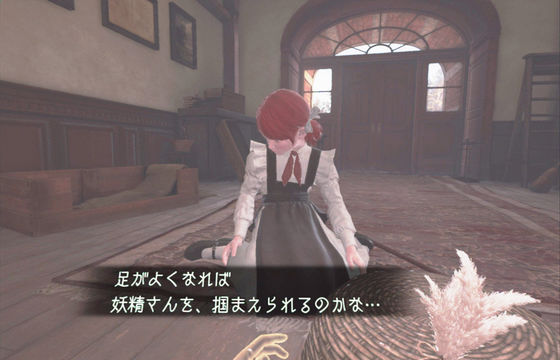 On the other hand, it is not just a game to become a fairy and play with boys and girls. 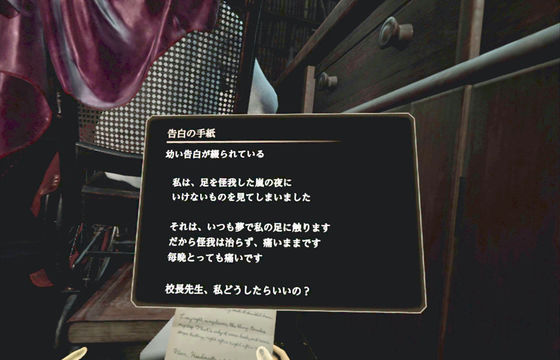 A world view that is fragmented from flavor text that does not talk much, and a story that is lively but somewhat shadowed can be said to be the true value of from software. Although it is not a full-price masterpiece, the editorial staff, while playing, felt when reading a favorite child novel a long time ago "I want to read because it is anxious, but I am afraid to finish reading, so I do not want to read it" That The sensation seemed to be awakened. 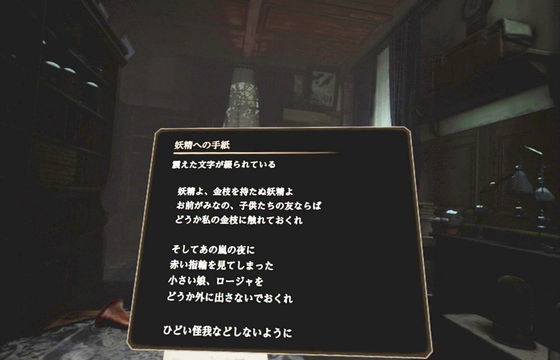 Software for PlayStation 4 "Déraciné (Delaciné)" will be released on Wednesday, November 8, 2018. In addition to purchasing download version from PS Store, you can purchase package version at Amazon. The regular version is 2641 yen including tax, the original version of the game and the original soundtrack CD are stored in the special storage case is limited edition is 3525 yen including tax. Please note that "PSVR", "PlayStation Camera" and "PS Move motion controller" are mandatory for playing.