iPhone will die when exposed to helium 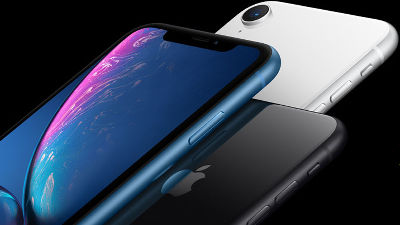 A hospital accident revealed that Apple products such as the iPhone and Apple Watch failed when exposed to helium, and in the worst case sentence wording.

Eric Woodridge, who is in charge of the system at Morris Hospital in Chicago, USA, received a report from the hospital staff that "Mobile phones have stopped working" on the way of installing MRI made by GE, which was to be introduced newly It was. Mr. Wood Ridge immediately thought that "MRI is sending out some kind of electromagnetic pulses?", I thought that it turned pale, considering the influence on other equipment in the hospital.

However, as a result of survey, it turned out that only Apple products such as iPhone and Apple Watch broke down, and problems did not occur on Android terminal. The malfunctioning terminal could not be charged even if it was connected to the AC adapter, and the terminal that was turned on also had problems with the cellular line, and furthermore there were many terminals that did not react at all by writing. So we started investigating the cause of affecting 40 terminals.

About the sudden death of this strange Apple product Woodridge said on the bulletin board Reddit, "The possibility caused by liquid helium used to cool MRI" was pointed out. When Woodridge examined the MRI system, a helium leak was discovered. The total amount of liquid helium ventilated by the system operation was about 120 liters, and it was unknown how much of it had invaded the building, but as the helium vaporized, the volume expanded 750 times, so Woodridge said "That day The nurse's voice would have been higher than usual. " 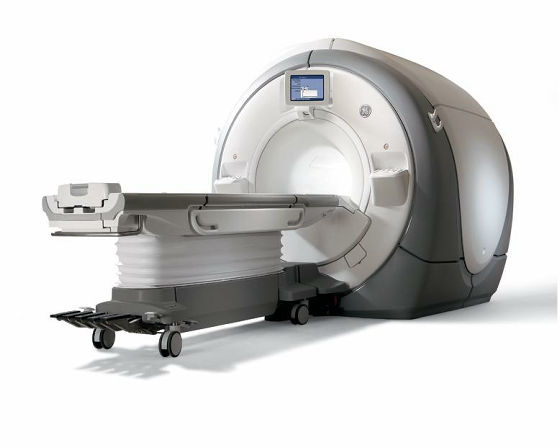 Mr. Wood Ridge, who thought that helium was the cause, exposed iPhone 8 Plus to high concentration helium, and confirmed that the iPhone crashed and became nonresponsive.


Initially, Woodridge was thought that MEMS with a gyro sensor with helium might have caused trouble, but this line disappeared because there was also an Apple Watch that did not include MEMS in the failed Apple product. In addition, it turned out that the failed iPhone was limited to a relatively new terminal of iPhone 6 or later, and another cause was searched.

Finally I arrived that it was "clock" included in every computer terminal. Many terminals use quartz oscillating at 32 kHz in order to produce frequency, but since the temperature range that works normally is narrow, there is a disadvantage that the lens component needs about 1 × 3 mm in size , Apple switched from traditional quartz to the smaller SiTime MEMS timing oscillator " SiT 1512 ". 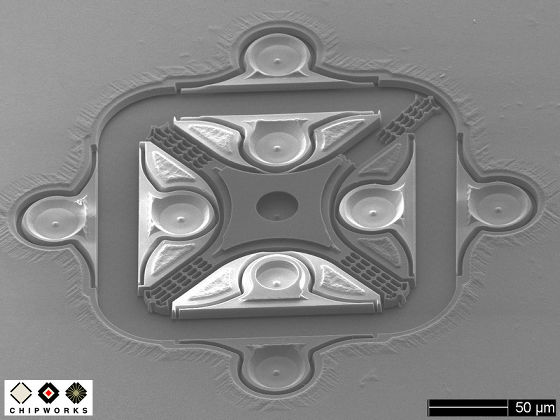 When reviewing Apple's user guide once again, there is a notice that "Do not expose it to liquefied gas such as helium". In addition, SiTime's FAQ says, "The old type EpiSeal resonator may have been affected by taking a large amount of gas with a small molecular size, although new models can deal with small gas of all molecular sizes Because there is a statement that, the new EMS timing oscillator seems to have helium resistance. 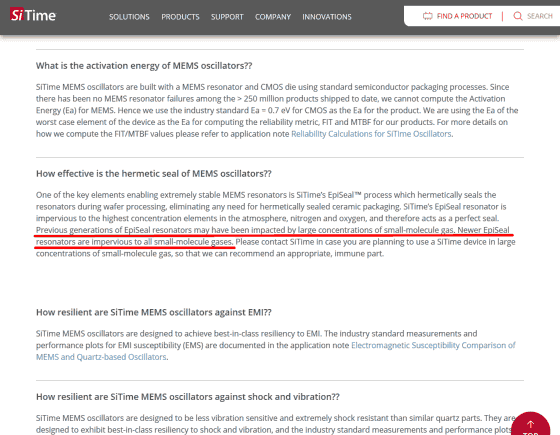 Although the risk of being exposed to helium in a normal environment is extremely small, it seems not to be a problem at the time of normal use, but some users such as researchers who handle liquid helium in experiments etc. "relatively new iPhone is in helium It is better to know that it is weak.