Apple Watch from multiple casesDiscovery of arrhythmiaTo make it evolve, Apple has been shown to be useful for cooperating with Stanford University "Identify the irregular heart rhythmWe are doing our efforts. It is the latest model of such Apple WatchApple Watch Series 3It is clear that some of the users who are using unexpected restart of the terminal.

"Apple Watch Series 3 is doing an unexpected reboot" is a user who works in a specific hospital environment and some of the readers of Apple-related media 9to5Mac also said "Unexpected re- It seems that there are users saying that they have experienced "starting up". According to reports, some hospitals' intensive care unit (ICU) is using Apple Watch, and from there, "From the ICU related equipment used in hospital has some influence on Apple Watch Series 3 Is it supposed to be? "It is speculated.

According to the reader that Christmas gave the wife a gift for Apple Watch Series 3, it seems convenient because it allows you to check messages and so on as soon as there is an Apple Watch while working in ICU. However, when inside the ICU, Apple Watch will restart every 60 to 90 minutes, so it is revealed that the situation was not improved even if it was replaced with a new terminal. 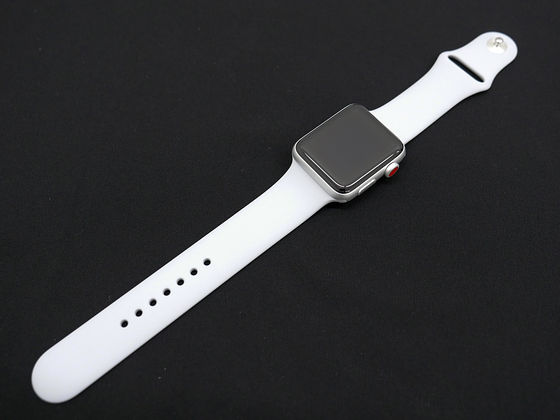 Apple Watch Series 3 is since it was launched in 2017 autumn, similar problems have often become a hot topic on the online. Even in a thread that has been erected on the Apple official support forum in October 2017, and "Apple Watch Series 3 continues to restart", it has confessed one user, "I have also encountered the same problem." It is also obvious that there are several people called "users". It should be noted that, to avoid having to restart the Apple Watch in the ICU is, seems OK if the Apple Watch in airplane mode. However, it will not be possible to receive the message. In the item "Interference with medical electrical equipment" in "Important information on safety", the electromagnetic field generated by Apple Watch and the magnet contained therein are connected to medical electrical devices such as pacemakers and defibrillators It is stated that it may cause radio interference.

In addition, 9to 5 Mac said "There is a possibility that it can be solved with future software updates."