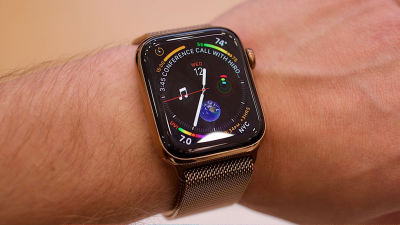 Many real photos and movies of " Apple Watch Series 4 " announced along with the new iPhone are released, and you can see clearly how the latest Apple Watch evolved.

"Apple Watch Series 4" is equipped with a display that is about 30% larger than before. The following picture is a new color gold that appeared in a stainless steel case. By making the size of the case visible and not enlarging, we have succeeded in widening the display area of ​​the display by 30% or more by making the bezel part smaller. Furthermore, by adopting a new display technology called LTPO to improve power efficiency, the battery has been sustained for one day with one charge even though the display got bigger. 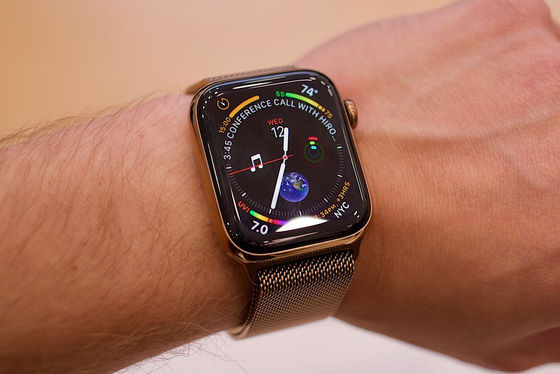 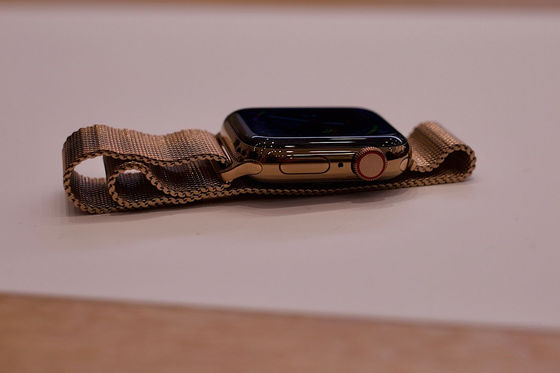 Up to now Apple Watch was of two sizes, 38 mm and 42 mm, but in Apple Watch Series 4 the size slightly increased to 40 mm and 44 mm. I think that the band for Apple Watch so far can not be used, according to The Verge there is also compatibility with the conventional one. 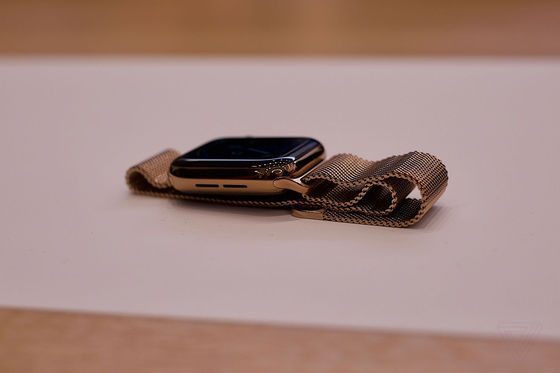 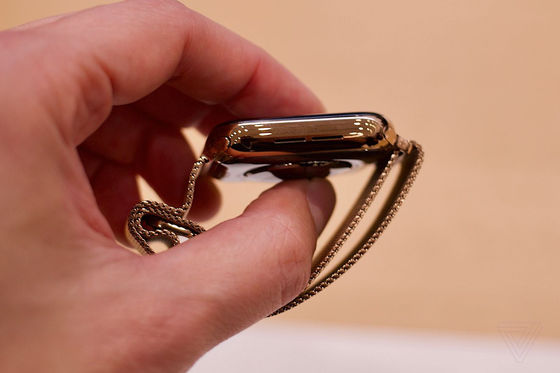 44 mm on the left and 40 mm on the right. I feel that the feeling of size is quite different when I arrange it side by side. 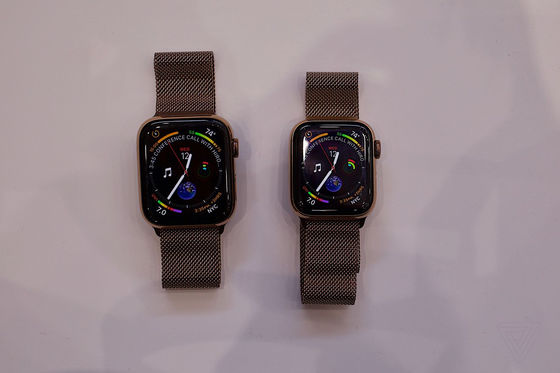 The sensor on the back looks slightly different from the conventional model. Apple Watch Series 4 quickly checks the wearer's heart rate with an optical heartbeat sensor and notifies the user when it detects an abnormality, such as when it exceeds the reference value. In fact, there is a person who says his life was saved because of wearing an Apple Watch, and Apple has a track record working with Stanford University to identify irregular heart rhythms with Apple Watch Therefore, the notification function may be a very grateful function for those with problems with the heart. The Apple Watch Series 4 also has an electrocardiogram function, which seems to be available by launching a dedicated application and placing your finger on the digital crown, but it can not be used with demonstration machines provided at Apple headquarters It is said that. 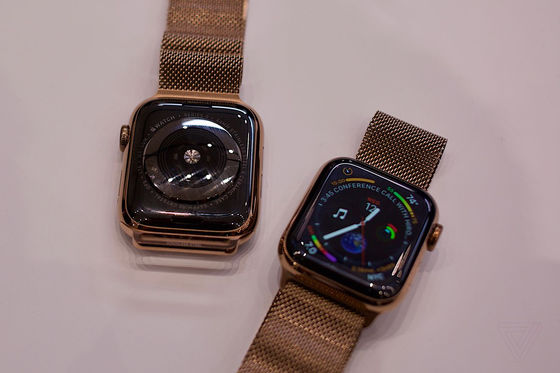 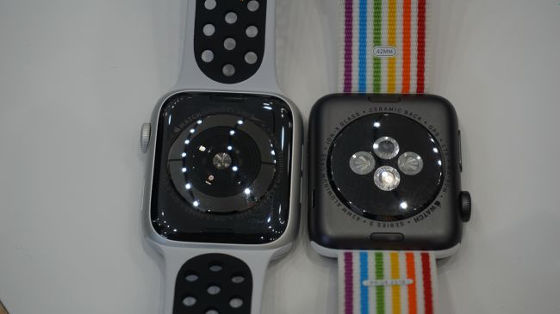 Compared with the past model (the middle), it is well understood, but the Apple Watch Series 4 has a wider display, and the four corners are rounded to match the curved corner. In addition, it is possible to display images firmly up to the edge of the screen, Multi - Touch can also be used up to the extreme. Not only has the display expanded, it has evolved to display a variety of information on the watch face, and up to eight compilations can be set with the new Infoograph dial. About The Overseas Media The Verge says, "It is not a fan of a dial that is too busy, but I found that the user is requesting a lot of information." 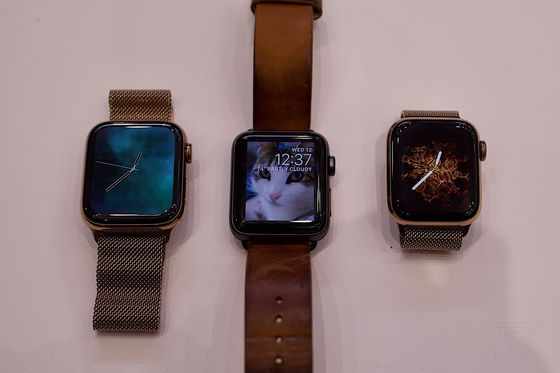 Aluminum and stainless steel can be chosen for the material of the case. It is a feature of the aluminum case that it is finished like matte. 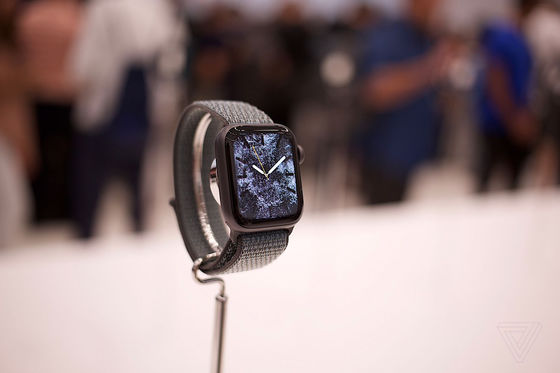 This is a silver aluminum case. 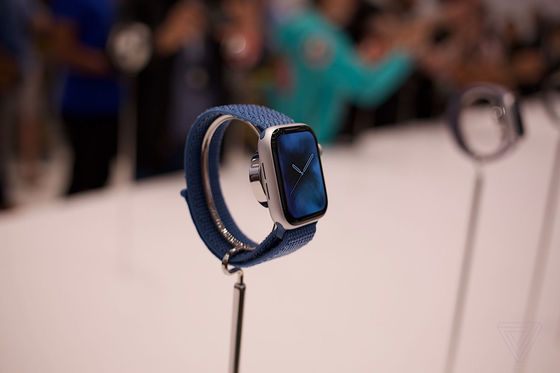 When you look up, you can see that the bigger display spreads to the edge. 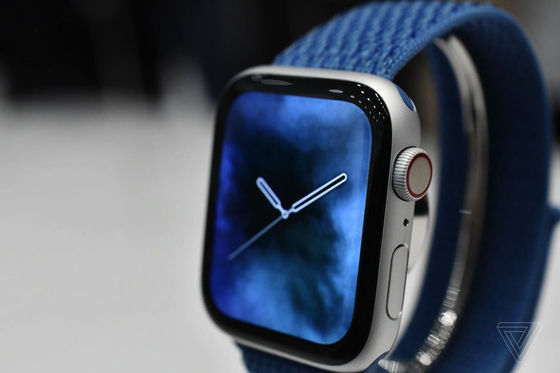 If you look closely well, the watch face is also new. 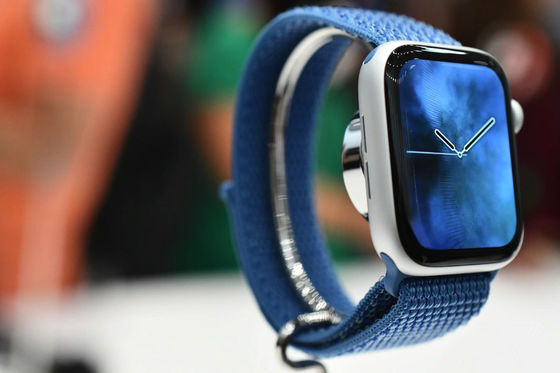 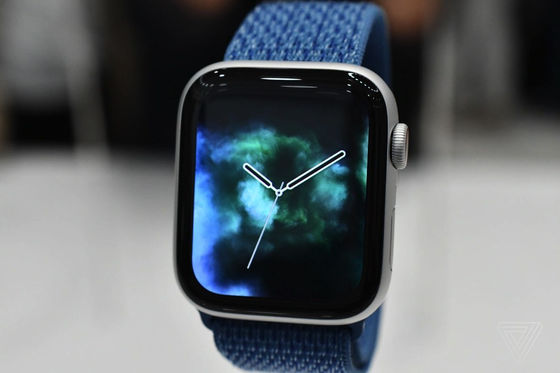 Many movies containing appearances of touching various actual machines of Apple Watch Series 4 have been released and can be checked from the following.


Hands on with the new Apple Watch Series 4 - YouTube