What is a mysterious state of 'being a liquid but also a solid' is 'super solid'? 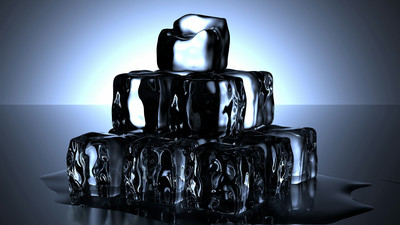 In general, it is common knowledge of science that there are three states of matter, "solid", "liquid" and "gas". However, in the world of extremely low temperature and high pressure of -270 degrees or less, it is also possible to transition to a state where common sense does not pass. For example, "super solid" is a mysterious state that it has a property like a liquid but a liquid as well, but I can not imagine the situation at all, but it is a quantum physicist at Fontis Applied Science University Mr. Chris Lee explained at ArsTechnica.

The state of a substance changes in phase by the change of temperature and pressure. For example, water, which is liquid, transfers to solid ice when it falls below 0 degrees, and it transfers to water vapor, which is gas, when it exceeds 100 degrees. Also, as you further raise the temperature from the state of gas, the molecule and electrons may be separated into states called " plasmas " that will break apart.

Lee argues helium with atomic number 2 and atomic weight 4 is the most strange substance in the universe. The reason for this is that as the helium is sufficiently cooled, it transfers to the state of " superfluid liquid".

The liquid helium 4 has a very low boiling point of 4.2 Kelvin (about -269 ° C.) under 1 atmosphere, but the temperature of the liquid helium 4 further decreases by decompressing the evaporated helium 4 with a vacuum pump . At first it boils, but it does not suddenly boil at about 2.2 Kelvin (about -271 degrees), and the phase transitions to a superfluid state where the viscosity becomes 0. Therefore, you can see a strange phenomenon that it goes out through the wall of the container and spills out, or slips through the gap of one atom. You can see how helium 4 actually turned into a superfluid liquid spilling out of the container in about 3 minutes of the following movie.


The reason for this phase transition to superfluid is that the atom of Helium 4 is " Bose Particle (Boson)" composed of 2 protons, 2 neutrons and 2 electrons. At Bose Particles, the energy level that particles can take is extremely low at extremely low temperatures, and the atoms behaving as particles will show the behavior as waves. In the situation that "atoms show behavior as waves" intuitively there are things that are hard to understand, but in short, it means that "common sense of physical as you see everyday" will not pass I will. 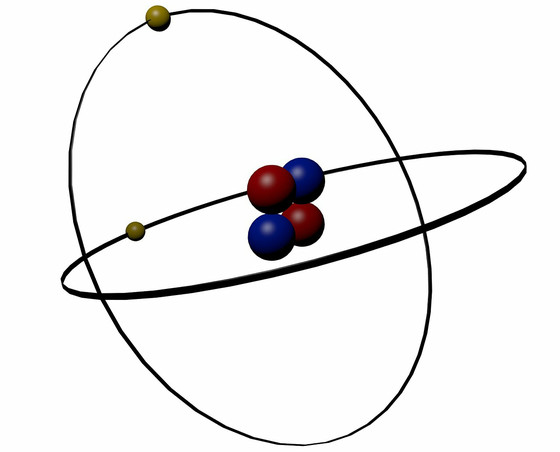 It is very difficult for helium to transfer from liquid to solid. Helium 4 must be at least 25 atmospheres and the isotope helium 3 must be at least 35 atm. When helium is transferred to a solid, atoms are held in a fixed array and crystallized.

Not only helium but also atoms seems to be tightly aligned when the substance becomes solid, but in reality gaps (vacancies) that atoms are missing are born in the crystal. It is said that transitioning to the state of 'super solid' which obtains superfluidity of viscosity 0 while it is solid, as the behavior of atom changes as temperature further decreases as helium becomes solid more and more. In this state, the vacancies in the solid are removed by the superfluidity and approach the ideal crystal model. In theory it is a super solid which is pointed out, but it is very difficult to confirm by experiment whether helium which became a solid has superfluidity, it is still being discussed. For helium 4, although data showing the existence of super solids several times was obtained in previous studies, it is still not in theory in the case of helium 3, which has completely different particle properties from that of helium 4 Thing. The latest paper by researchers from the Chinese Academy of Sciences and the University of Alberta in Canada introduced by Mr. Lee shows that there is a possibility that an ultra solid state may be born even in helium 3.