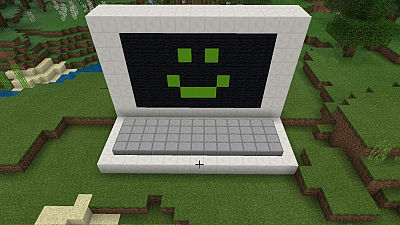 The source code library, which is said to be the heart of the world's most popular game " Minecraft ", has been made open source and will be released sequentially.

The target of publication is part of Minecraft Java Edtion source code, and it is distributed under GITHub under MIT license. Reuse is totally free, and if you do it properly even if credit notation is done properly, you can use it for all uses, such as development of a more powerful Mod and diversion to a project not related to Minecraft OK. The "library" released this time will be one of the parts of various game engines making up the game.

There are two kinds of libraries initially released, " Brigadier " and " DataFixerUpper ", which are as follows.

◆ Brigadier
Brigadier (Brigadia) meaning "brigadier" in military terms is a command engine that Minecraft uses and has a function to convert the input random character string into an actual function that can be executed in the game about. When entering "/" with the keyboard on the Minecraft game screen, the candidate list of commands is displayed at the bottom left of the screen ...... As you advance the command input, the elements are automatically color-coded. As a Java developer @ Dinnerbone Nathan Adams states that by offering the Brigadier to the Minecraft community, "We hope to become extremely user-friendly someday". Although there are still few examples of people using the command line in Minecraft, it seems that Brigadier aims to change the situation.

◆ DataFixerUpper
As game developers implement new features in Minecraft, it is necessary to change game level data and save file saving methods accordingly. DataFixerUpper is a library that has the function of converting the old data format to the latest one in this way. DataFixerUpper which is not very noticeable and not user-friendly content, but it is also one of the reasons Minecraft Java team decided to release. 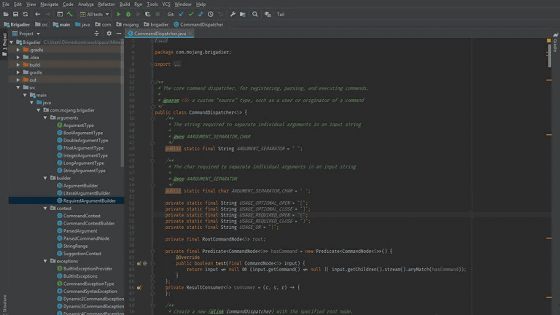 In this release, two libraries, Brigadier and DataFixerUpper, have been targeted for publication, but in the future it is listed as a candidate rendering engine " Blaze 3 D " rewritten for Minecraft 1.14 is.

In September 2011, Marcus Persson , the creator of Minecraft, says, "When sales begin to fall, after a certain period of time, I think that I will release the game's source code in some open source form." "It's a public It will be in the form of a domain. "


Once sales start dying and a minimum time has passed, I will release the game source code as some kind of open source. I'm not very happy with the draconian nature of (L) GPL, nor do I believe the other licenses have much merit other than to boost the egos of the original authors, so I might just possibly release it all as public domain.