Is sugar really bad for your health? In fact there are many objections Sugar is said to cause the risk of heart disease raising the risk, causing diabetes and obesity, the view that "sugar = evil" is stronger. However, according to research results published so far, it is difficult for a sugar to lead one conclusion of "the root of evil", and various arguments and arguments exist, and journalist Jessica Brown describes the complexity of the problem It is.

The idea of ​​"Sugar is bad for the body" is common, and the World Health Organization (WHO) "Guidelines on Sugar Intake Daily" shows suggested intake of 1 can of juice . However, many researchers have questioned the current trend of shouting the danger of one food beyond the framework of "excessive calorie intake affects health". As a matter of fact, it is difficult to prove the effect of one food on health, as risk of one food is claimed, there is also a risk that the body will not really ingest the necessary nutrients .

In the first place, it is understood that the word "Sugar (sugar, sugar)" generally refers to "added sugar (added sugar)" such as granulated sugar, but originally "sugar" is both monosaccharide and polysaccharide It has a broad meaning to both. Dietary fiber contained in whole grains and vegetables is often polysaccharide and hardly digested, but monosaccharides such as glucose are easily digested and absorbed, and there is a difference that blood sugar levels are raised immediately.

Before the 16th century, I could not afford to buy sugar for the general public, and sugar was only rich. In the 1960's, however, technology to convert glucose to fructose was invented, and more corn syrup with more sweetness was invented and consumed in large quantities. Researchers point out that the consumption of this corn syrup in the US increased by 10 times from 1970 to 1990 reflects the increase in obesity. Although the hormone called leptin has a function to make people feel full, high fructose corn syrup does not raise the value of peptin, so it is claimed that it causes obesity. 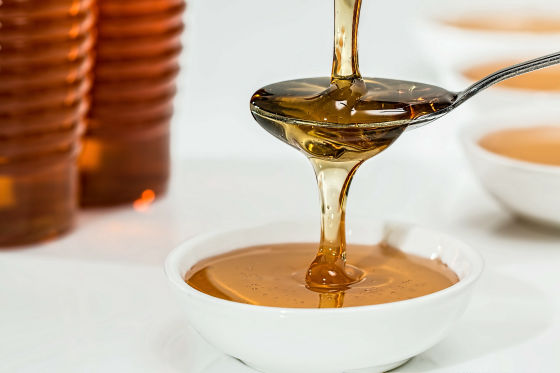 "The core of the research that sugar has an adverse effect on the body" is related to juice containing a lot of high fructose corn syrup. In a meta-analyzed study of 88 studies, associations were found between sweet drink consumption and weight gain. Drinking a sweet drink reduces your satisfaction and increases hunger, so you get more energy.

However, there is also an argument that the conclusion that the intake of saccharides added to soft drinks and food increases with obesity rate is only an extensive correlation. In addition, some experts point out that the level of obesity in the US continues to rise in the past 10 years, whereas the consumption of sugar is decreasing. It is also pointed out that high fructose corn syrup is not used in Australia and Europe, but obesity and type 2 diabetes patients are increasing despite less consumption.

Besides high fructose corn syrup, something that is concerned about health effects is saccharides added to food, especially fructose. When the liver breaks down fructose, finally the triglyceride is made. It is said that neutral fat released into the blood makes thrombus easier and causes heart disease . Moreover, in a study conducted over 15 years, those who take 25% of the required calories a day from added sugar have more than twice as many heart diseases as those who ingest the added sugar by 10% or less The research also shows that the risk of high is high. Even in the study of type 2 diabetes, people who drink one or more soft drinks or juices per day were shown to be more prone to diabetes than those who drink little of them. In contrast, Luc Tappy, professor of physiology at the University of Lausanne, argues that the main cause of diabetes, obesity, hypertension is excessive caloric intake, sugar is only one component. Tappy suggests that athletes take low risk of heart disease, despite the high consumption of sugar, even if the athletes consume a lot of sugar such as fructose if there is energy consumption corresponding to energy intake He said that the body can bear.

In fact there is little evidence that added sugars directly cause type 2 diabetes, heart disease, obesity, cancer. Of course, relevance is recognized, but clinical trials have never shown a causal relationship clearly.

Besides this, research results on sugar are something that is being questioned. In 2017, it was announced that sugar was toxic similar to cocaine in experiments using a mouse, but this study took a big criticism as being misrepresenting evidence.

And there are research results that sugar improves the performance and memory of adult brain. This study is to have subjects given drinks with small amounts of glucose and subjects given beverages containing artificial sweeteners conduct various tasks to measure memory.

As a result of the experiment, it turned out that the ingestion of glucose gives motivation to elderly people not to feel tired and to "motivate them to do their best with difficult tasks". Also, as the blood glucose level increased, the subjects were able to feel happy even during the task. A similar experiment was also conducted for young subjects, but although an increase in energy was reported, it did not affect mood or memory.

According to the WHO guidelines, it is indicated that "more than 5% of calories consumed per day should be refrained" about sugar intake, but dietitian Renee McGregor said that "healthy and balanced diet" It is important to understand that it depends on. McGregor is calling attention as an athlete should not increase the intake of sugar as well as people who are not athletes, one food should not be considered poisonous. McGregor, who has a patient with eating disorder, also suggested the possibility that "by considering one food as taboo, we would like the food conversely". Alan Levinovitz, who studies the relationship between science and religion at James Madison University, said about "why sugar is regarded as evil", "human beings demonized what is unlikely in history" I am talking. Victorian sexual intercourse is listed as what is regarded as evil as well.

The problem with increasing sugar debate is the risk that people confuse foods lacking other nutrients such as soft drinks with foods containing nutrients other than sugar like fruits. Tiger Grundin of Vegan also thought that "all sugars are unhealthy" alone, and as a result of pursuing high-protein, high-lipid Vegan diet, caused eating disorders. After that, Grundin who recognized the difference between added sugar and carbohydrate as a carbohydrate, overcomes poor physical condition by changing to vegan diet which intake a lot of fructose and starch from vegetable · grain · legume plants etc. .

There is no perfect opinion on how different kinds of sugars affect health. McGregor pointed out that people seeking "perfect food" is conversely complicating nutrition.