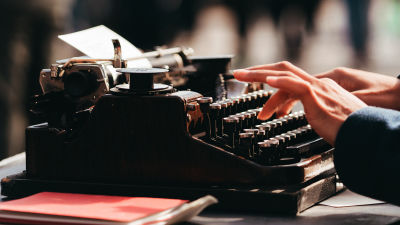 In 2016, Google Translate dramatically improved the quality of translation by introducing a system called "Neural Machine Translation / NMT". However, Facebook has developed AI technology that does not require training data as existing systems have the weakness of requiring "training data" created by humans. This means that translations of minor languages ​​that have not been translated well so far will dramatically improve.

Facebook's AI Just Set A New Record In Translation And Why It Matters
https://www.forbes.com/sites/williamfalcon/2018/09/01/facebook-ai-just-set-a-new-record-in-translation-and-why-it-matters/#4616ca493124 In August 2018, researchers at Facebook AI Research (FAIR) announced that they dramatically improved the translation in languages ​​with few pairs, such as between Urdu and English.

In BLEU (Bilingual Evaluation Understudy) which is one of the automatic evaluation criteria of machine translation results, 1 BLEU point is evaluated as "remarkable achievement", whereas Facebook's new technology has improved more than 10 BLEU points.

When making AI machine learning, it is necessary to learn the prepared data (Labeled data) in advance. The creation of this training data has so far required human beings to do it manually, requiring enormous labor. Facebook's new technology does not require the creation of training data and can judge whether the cat is reflected in the picture is a cat without the training data labeled "cat", for example. This technology is expected to be able to translate documents already written in past languages ​​or to translate less used languages ​​like Swahili in real time.

The core of Facebook's new technology is a combination of the following three. Both are developed in past research.

1: Byte pair coding
In Facebook technology, the word "hello" is not given to the whole system, but hello is divided into four parts "he", "l" "l" "o", and given to the system. This makes it possible to translate "he" without knowing the word "he". By dividing words into shorter units, you can effectively eliminate unknown words.

2: Language model - The language model is a formalized form of the part of speech and syntactic structure of minutes, words and words, and relations between documents and documents. This allows you to judge more natural sentences and you can modify "how is you" to "how are you".

The Facebook system combines the above three elements with a neural network-based system (NMT) and a phrase-based system (PBSMT) approach. Both NMT and PBSMT were able to raise the quality of translation alone, and it was possible to produce very good results by using both simultaneously.

In addition, Facebook has released code free of charge, and anyone can build a system. 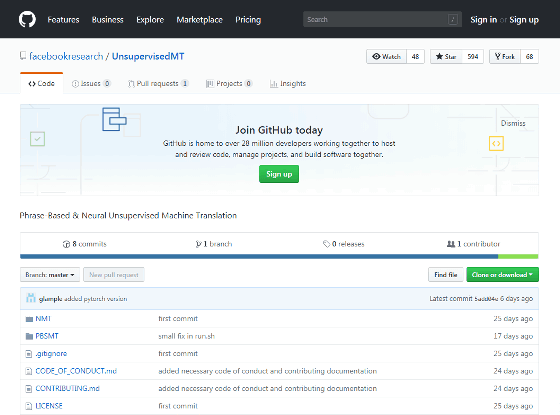