I smelled a fragrance of peach full in my mouth, 'I tried 3 kinds of Mac Shake Mombas' 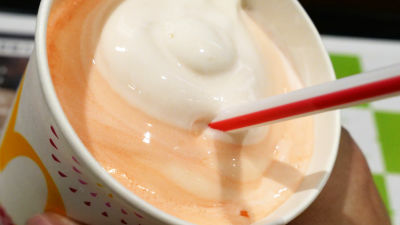 From Monday, Wednesday, August 22, 2018 McDonald's Macshake " Mr. Three Mak Shake Mombets Ducked " has appeared. It seems that "Three mac shake thighs have been used" that they used three types of peach juice, white peach, yellow peach, nectarine , seems to be a perfect taste for summer hot days, so what kind of taste is it? I actually drank it and made sure. 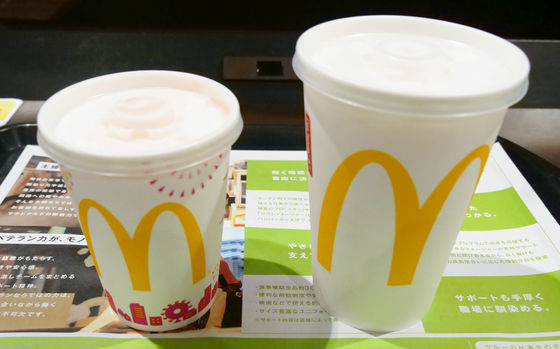 When opening the lid, it is divided into a white part and a pink part, and a fragrance of a peach drifts in a faint color. 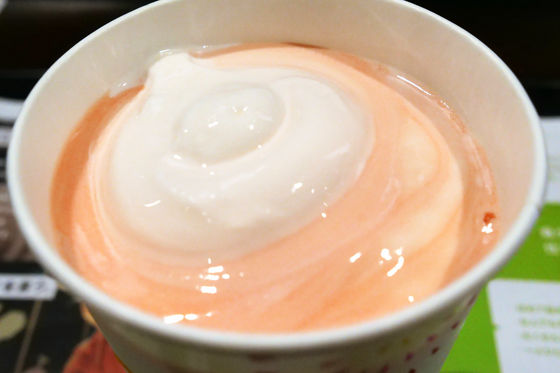 When I drink it, I first feel a creamy texture unique to Mac Shake and a gentle sweetness of vanilla, but immediately after that the fragrance of peach spreads throughout my mouth. As I was drinking, I felt strongly the taste of the peach as I felt as if I were drinking thick juice of peach. The peach flavor is felt very strongly, but it was cold and very refreshing taste, so it was a perfect dessert in hot weather. 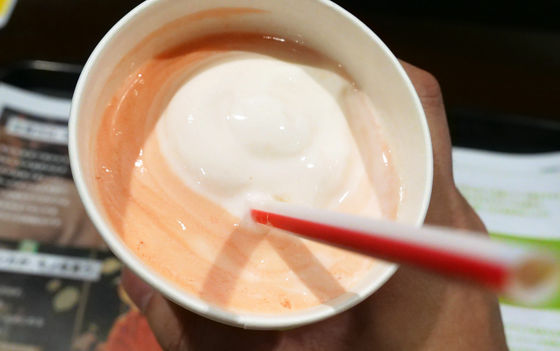 "We shipped 3 kinds of Mac Shake Momo" is sold for a limited time until mid September 2018.