Research results that 'popular music is getting worse every year' Although music is going to change with the times, researchers who have been investigating for a long time about " popular music " which is widely accepted by people among music also said that "the quality of popular music is decreasing year by year" I have announced.

Is Pop Music Evolving, or Is It Just Getting Louder? - Scientific American Blog Network
https://blogs.scientificamerican.com/observations/is-pop-music-evolving-or-is-it-just-getting-louder/

A study that quantitatively analyzes the music of millions of songs and investigated what kind of change the popular music has over time is published in Scientific Reports. In the research, we are analyzing data set containing about 4,500,411 songs of about 45,000 artists called "Million Song Dataset", and various data including song title, time, tempo. The songs recorded in the data set are popular music released from 1955 to 2010. 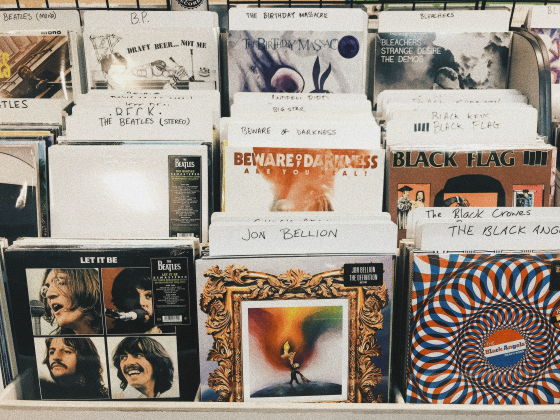 Likewise, good changes are not seen in "pitch" in popular music, specifically, although the basic pitch vocabulary has not diminished, it has been spreading several decades ago The same thing as that is currently being widely used, and evolution / change is not seen. In short, contemporary musicians are following the path taken by musicians active in the past, so you can see that they are conservative, which tend to neglect the challenge of exploring new sounds and pitches. Three elements of tone color, pitch, and volume, it seems that popular music has not seen a good change, but since Million Song Dataset of the data set used in the study has bias in the recorded songs, Scientific American of the scientific journal points out that selection bias is applied. Of the recorded songs of Million Song Dataset, 2650 songs were released between 1955 and 1959, versus 177808 songs released from 2005 to 2009, even for the same five years Obviously you can see that the number of records is different.

Initially it can not be said that the quality of popular music is declining because there are "points where the diversity of sounds is decreasing" and "points where limited pitch is used" in the first place. However, if these are defined as "bad song definition", songs with "novel melodies and sounds" that are different from the two points are excellent songs. And being an excellent song gathers a lot of support, it becomes famous songs that are still remained after 50 years, and the likelihood of becoming a song like that recorded in Million Song Dataset also increases.

In other words, the older songs recorded in Million Song Dataset may only be those that satisfy the definition of "good songs" in the research "varied in tone and wide in pitch", while the new songs are songs Because there are many numbers, there are many things that apply to "Definition of bad songs", and as a result, there is a possibility that analysis results indicating that the diversity of tone color decreases year after year and only limited pitches are being used Scientific American of science journal claims that there is.

Nonetheless, Serara, who engaged in research, said, "We are trying to minimize the effect of time and its impact is really small."