'MOW salty butter caramel' with thick caramel &amp; butter with accented with rock salt is a rich flavor with a rich aroma and smooth texture 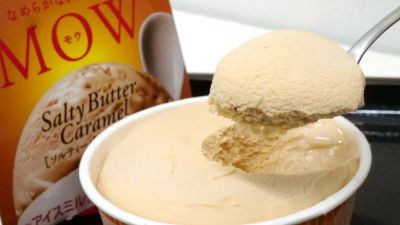 " MOW SALTY BUTTER CARAMEL " using rock salt from France Lorraine and the Netherlands butter in an ice cream " MOW (Mow)" series which realized a smooth texture with a careful preparation such as a sticky material and a rapid freezing recipe , in 2018 It has appeared on August 20 (Monday). I tried eating caramel ice with sweetness, saltiness, and a balance of richness.

"MOW salty butter caramel" (130 yen tax) is a caramel flavored ice cream mixed with caramel sauce and caramel syrup. It uses ice cream made from French Lorraine rock salt and Dutch butter, and sticks to the balance of sweetness, bitterness and richness of caramel taste. MOW vanilla is " ice cream " with a lot of milk solids and milk fat, but "Salty butter caramel" is classified as "ice milk". Looking at the raw materials, "Salty Butter Caramel" contains "vegetable fat" not included in MOW vanilla, indicating that the ratio of milk solid content to milk fat content is low. Others include "caramel sauce (sugar, dairy products)" "caramel syrup" "caramel pigment" to give out the flavor of caramel. The energy per cup is 218 kcal, it is not high or low in the series. When you remove the paper package, there is a pig within the simple paper. 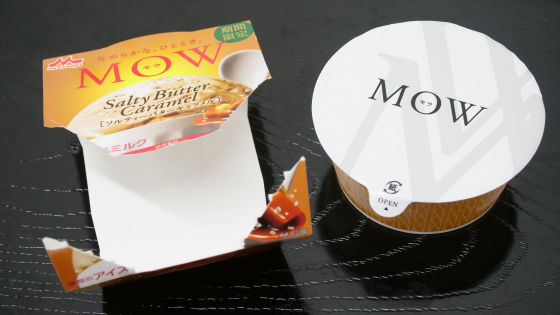 The inside of the cup is filled with light brownish ice cream. 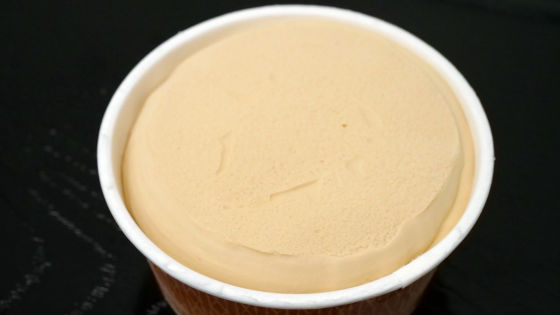 Even though I just got out of the freezer, I can see that the spoon enters the ice and the soft feel including air, which is characteristic of MOW, can be enjoyed with this ice cream. 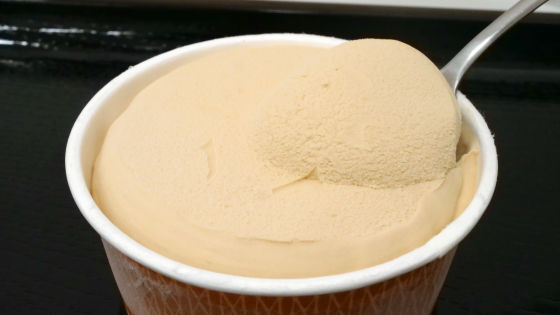 When eating it, the ice cream contains a lot of air so it is smooth and I feel a good mouthfeel. This smoothness is due to technology that maintains ice particles in a fine state called rapid freezing recipe which is also adopted for Morinaga's ice cream bar " PARM (Palm)". At the same time as the ice melts, a rich aroma of butter and caramel, plus the aroma of caramel plus a luxurious taste. The salty of rock salt is also effective, so it's not just a sweet point, too. 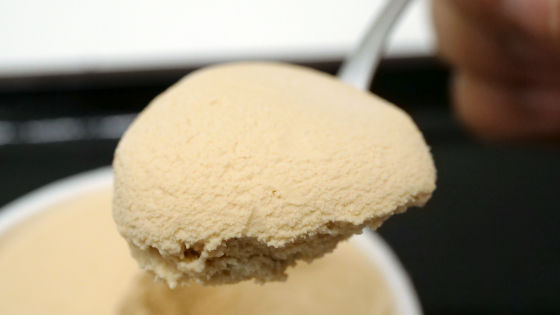 Is it easy to melt, Ice is trolley from around the cup. The flavor of caramel and butter is rich, but it was felt by the rock salt or slightly refreshing aftertaste. 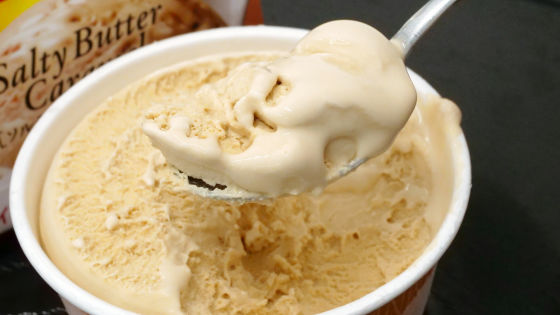 "MOW salty butter caramel" is a limited time offer of 130 yen tax, it is available in the whole country.