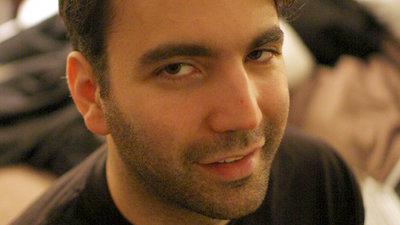 Bram Cohen, who created the P2P file sharing software and its protocol " BitTorrent " revealed that it is no longer related to BitTorrent Inc., which was acquired by Justin Sun, founder of the virtual currency "TRON" It was. 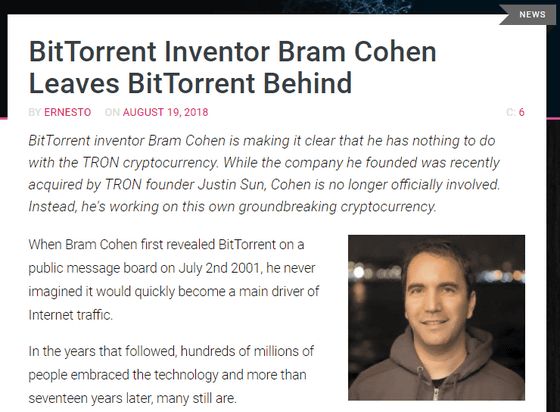 According to TorrentFreak, when I contacted Mr. Cohen by e-mail, I answered that "I am not involved in TRON at all," and he replied, "Does that mean that BitTorrent Inc. does not have an official position? "There was a reply saying" That's right "on the repeated question of" It is just like that. "

Cohen is BitTorrent's protocol, and the creator of the software. Development began in 2001, and in 2004 it was commercialized as "BitTorrent Inc.". However, Mr. Cohen himself was a person who was "a code rather than money", so he was involved in the company as a lead engineer.

Mr. Cohen aimed at implementing the live streaming function and sent " BitTorrent Now " for music and video streaming service in 2016. However, BitTorrent Now stopped in a few months, BitTorrent Inc. dismissed two co-CEOs, there was a shake in the company's policy, Mr. Cohen moved his interest to the virtual currency, disappointed.

Mr. Cohen made the "Chia Newtork" of a virtual currency-related company, and in November 2017 he was appointed CEO. At this point it seems that it was almost out of touch with BitTorrent Inc.

Incidentally, Mr. Cohen is also a person who has pointed out that bit coins have fundamental flaws, including wasteful processes like "mining". TorrentFreak comments that TRON is also a controversial virtual currency and that TRON got BitTorrent Inc. cynically.