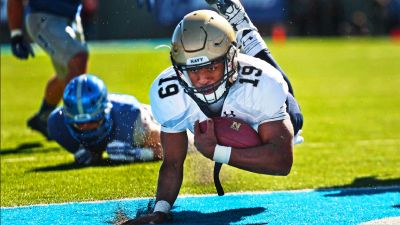 Kelly Olmsted, who is deputy director of brand activation at Adidas, said about "Friday Night Stripes" Adidas is involved in American football culture from the public to the professional level, and through Twitter many people are playing American football I am proud that Adidas will leave his name as the first brand to entertain. "

Friday Night Stripes is to broadcast live broadcasts only on attention schools in the United States on Friday night on Twitter, during the annual season of high school American football. The game to be broadcast is subject to 8 games to be played during the period from September 7, 2018 to November 9, 2018.

At the time of article creation, schedules of only 4 games broadcasted by 18th October 2018 have been announced and cards of the remaining games will be announced later. Also, as the game progress is updated on Twitter's timeline during broadcasting, even people who watch the game from the middle can also follow "how the game is progressing".