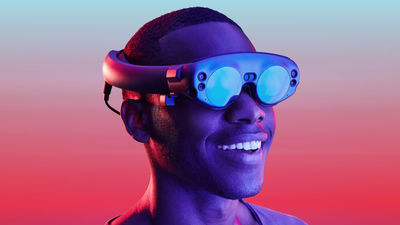 Magic Leap One "which was procured funds of more than 2.2 billion dollars (about 250 billion yen) from the famous enterprises such as Google and Alibaba, and was being developed as" AR system product without conventional display " It will be on sale. For the first time nearly four years have passed since the announcement of its existence in the world, development delays spanning several years were sometimes whispered, but the "Magic Leap One" finally enveloped in a mystery, Although it is limited, it is finally available.

Magic Leap One Now On Sale To Developers
https://uploadvr.com/magic-leap-one-now-on-sale-to-developers-for-2295/

Although it was widely known that Magic Leap, which develops Magic Leap One, has high technical capabilities, it has not been known for many years about what kind of technology is installed in the product under development, There are not a few people who danger of being really released? " However, in December 2017 AR system Magic Leap One was finally announced, it was also foretold that in 2018 the kit for developers will be released.

Meanwhile, AT & T , a major telecommunications company in the United States, has invested huge amounts of money exceeding 700 billion yen to acquire exclusive marketing rights for Magic Leap One, causing a big topic to happen. According to AT & T, acquisition of this exclusive distribution right means "partnership for leadership in the next generation communication 5G era", and some content using 5G high speed communication will appear.

AT & T won the exclusive distribution right of the AR system "Magic Leap One" at over 700 billion yen, finally exclusive marketing rights to market 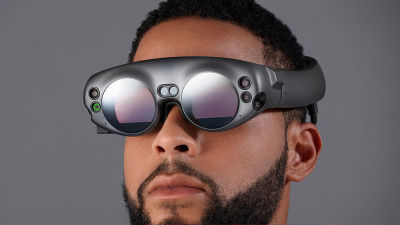 In the meantime, finally Magic Leap One sales will be done through the official website . The sale is for developers of Magic Leap One content, and the price is $ 2295 (about 255,000 yen). The software development kit of Magic Leap One is published in March, 2018, and it supports the game application developed by Unity and Unreal Engine .

Magic Leap One is a headset in the shape of a goggle and can take various actions in the virtual world with a small remote control with haptics in hand. In addition, the virtual space is displayed in a fused state with the real world, and you can see digital objects incorporating natural light that matches depth as well as the actual view.

For various functions of Magic Leap One, you can see from the following articles. 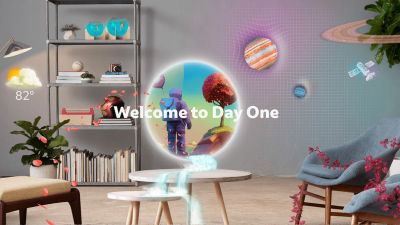 In addition, purchasing Magic Leap One needs to have an American postal code, and it seems that it is possible to ship only to 6 cities in Chicago, Los Angeles, Miami, New York, San Francisco (Bay Area), Seattle at the time of article creation . Magic Leap says " We will further increase the number of cities that can be delivered after autumn ", and it is said that more areas will be able to acquire Magic Leap One in the future. 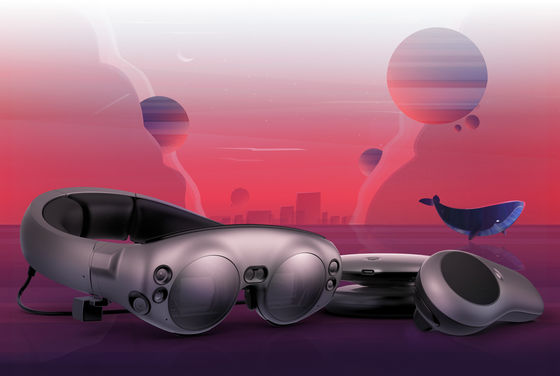