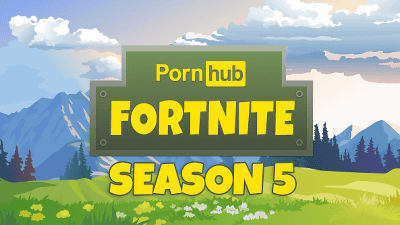 " Fort Knight " which included building elements not found in regular battle royal games is now the most momentum to hold Fortnite Summer Skirmish , which releases the Nintendo Switch version and competes for about 8 billion weeks of prize money of about 900 million yen It is no exaggeration to say that the game on board. In such Fort Knight, items that can get regularly by battle map and game play have been updated, and from July 12, 2018 "Season 5" where new map & items appear appears has started. In line with the start of this season 5, the data reveals that the search word "Fortnite" has risen sharply on the adult site Pornhub. 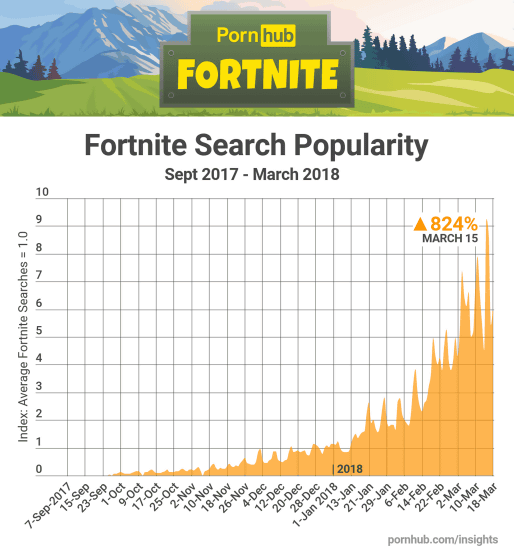 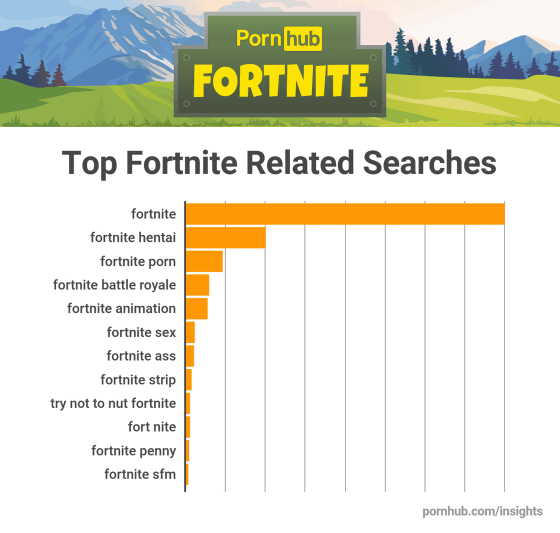 In addition, the following are the most frequent words examined before and after searching "Fort Knight related words". "Overwatch ( over-watch )" and " pubg ", "rainbow six seige ( Rainbow Six Siege )," such as action shooter game battle royal games are lined up well, also seen tidbit game titles of other genres. 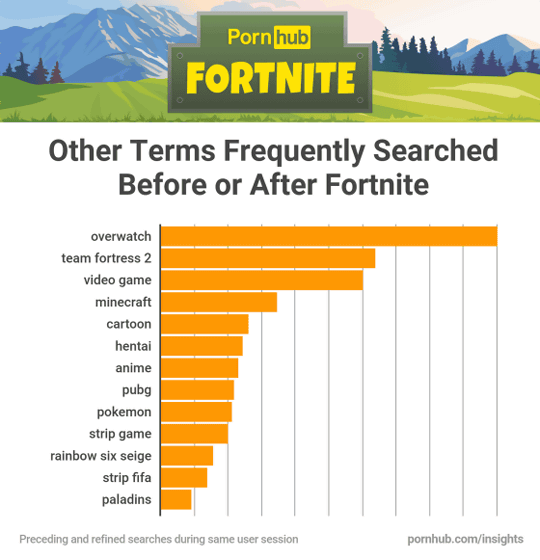 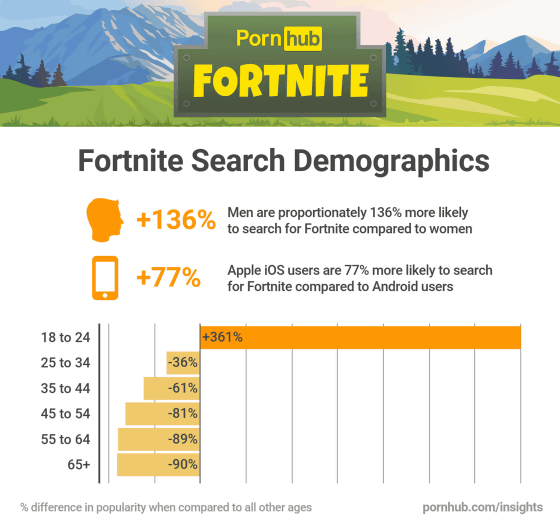 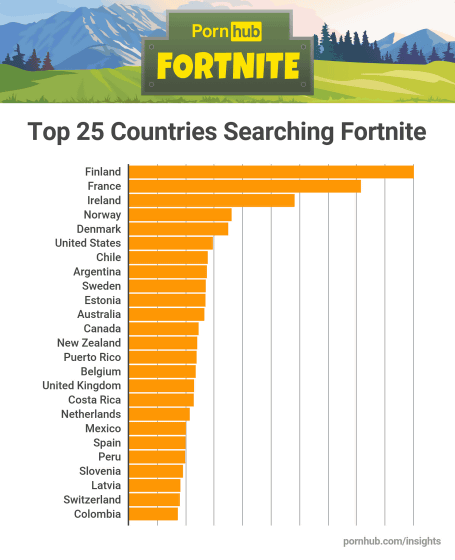 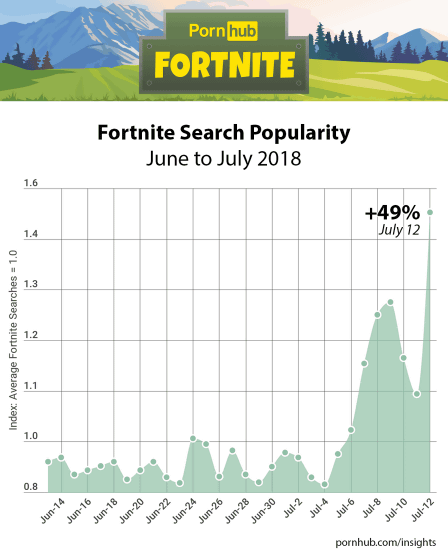 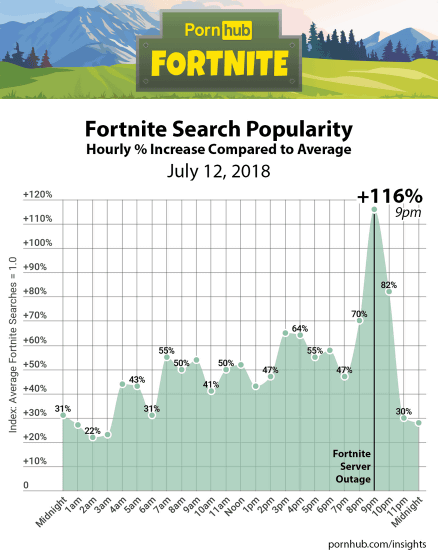