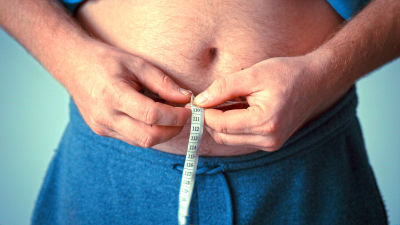 It is said that "As the BMI increases, the risk of death increases", and it is recommended to maintain regular weight by regular exercise and healthy meals to avoid obesity. However, the two studies published on July 9, 2018 and July 12, 2018 show the findings that "the risk of death does not rise simply by being obese."

Causes and predictors of mortality in Asian Indians with and without diabetes - 10 year follow - up of the Chennai Urban Rural Epidemiology Study (CURES - 150)
http://journals.plos.org/plosone/article?id=10.1371/journal.pone.0197376

Individuals with obesity but no other metabolic risk factors are not at elevated all-cause mortality risk in men and women - Kuk - - Clinical Obesity - Wiley Online Library
https://onlinelibrary.wiley.com/doi/abs/10.1111/cob.12263

Being Obese May Not Be As Risky As Previously Believed, But Skinniness Can Be Deadly, Separate Studies Find
https://www.inquisitr.com/4983175/obese-risk-study/

A research team such as Jennifer Cook, who is an associate professor at the Faculty of Health at the University of York, said that "To obligate people is really at high risk of death", in order to examine the past 54889 people We surveyed the data of men and women in aggregate. Mr. Cook et al. Classified the data of the collected people into categories such as "obesity only", "obesity + hyperglycemia", "obesity + hypertension", classified as categories compared to normal and healthy people We are investigating how high the mortality rate of people who have been.

Then, in addition to obesity, it was shown that the mortality rate of people with abnormalities such as "hyperglycemia" and "hypertension" is high, but at the same time the mortality rate of people belonging to the category of "only obesity" is " Healthy people with normal weight "in the same level. "This research shows that the risk of death of" healthy persons with normal weight "and" healthy people with obesity "are the same, so even if it is obese, an abnormal part If there is no need to diet it is unnecessary. " In addition, research teams such as Ranjit Mohan Anjana, who belongs to the Madras Diabetes Research Foundation in India, have tracked 2273 adults over a period of 10 years and are investigating the cause of the death of 671 people who died during the period. In this study it became clear that the risk of death is significantly higher for people weighing less than that for obese people.

The researchers say that the risk of increasing the risk of death of low-grade people is "Because there is a possibility that the important nutrients can not be ingested satisfactorily, eventually leading to death complications" , Indicating that it is necessary to try a healthy diet. Mr. Mohan Anjana said, "We do not recommend that this study be obese, but some people with obesity also have healthy people."