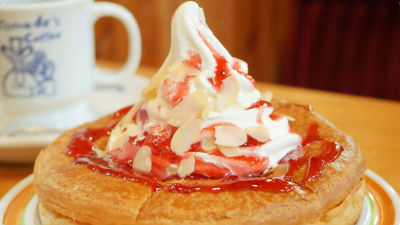 " Silo noir Royal Peach " which used a peach of the season at the comeda coffee shop appeared for a limited time from July 13 (Fri) in 2018. I tried plenty of sweet and sour raspberry sauce on a cold soft cream and ate a seasonal siloir with a sweet peach cream sandwiched between Danish bread 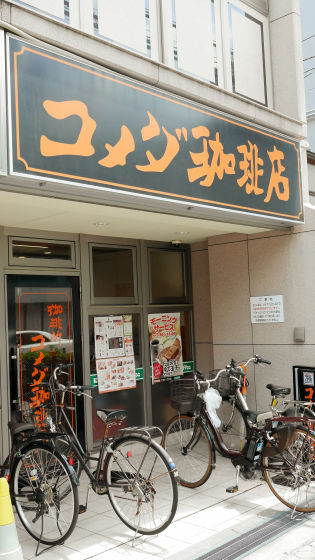 Sitting in a seat guided by a clerk, this time we will order "Siloir Royal Peach" and blended coffee. Blended coffee and "Siro Noir Royal Peach" (820 yen including tax) arrived in about 10 minutes after ordering. Compared with "Transportation IC card (long side 8.5 cm)" "Siroonoire Royal Peach", the enormity is understood somehow. A small amount (570 yen including tax) is also available for those who think that "I want to eat alone, but it is a little big ...", because it is a good amount to share with multiple people and eat. 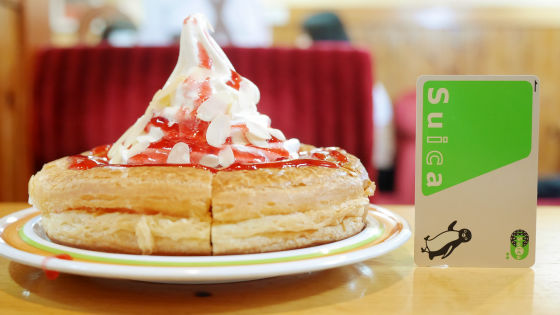 "Siloire Royal Peach" is a sweet made with British-born vanilla ice cream and a syrup peach dessert " Peach Melba ". Like the "Peach Melba", vivid "raspberry sauce" and "slices of almonds" are sprinkled and a "soft cream" of vanilla flavor is on. The soft cream of Kommeda coffee shop is cold and creamy. A sweet and sour raspberry sauce that feels the scent and sourness of raspberry is a refreshing accent to a soft cream with a good mouthfeel. Polypoly texture of almond slices plus chewy. It is uncomfortable to say that it is quite comfortable to go into the mouth with a sweet and sour sauce-cold soft soft cream that enters the store where the air conditioner was effective from outside. 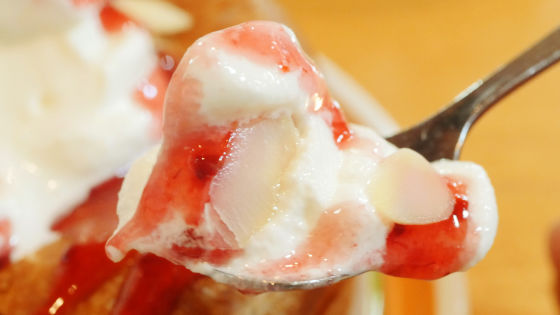 A peach cream using "peach" is sandwiched in half the Danish pans as "peach" compote is used in "Peach · Melba". Danish bread is good outside, inside is fluffy texture. A rough peach cream tells the sweetness of the peach. I also enjoyed the temperature difference between warm Danish bread and cold soft cream. 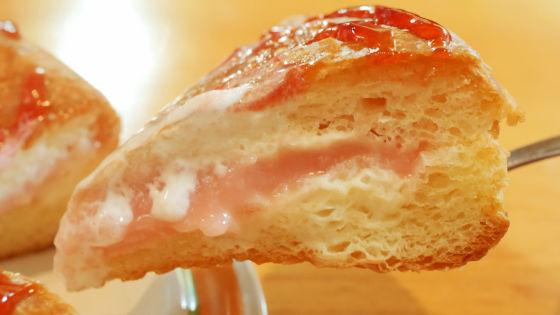 "Siloire Royal Peach" is sold for a limited time until the beginning of September 2018.