The latest pressurized water nuclear reactors 'AP1000' and 'EPR' are finally launched in China, while the introduction is stagnating in Europe and the United States 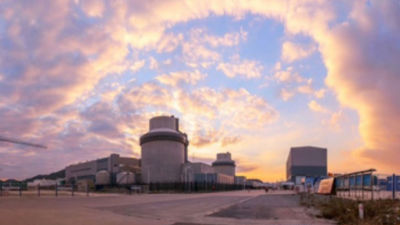 Power supply in China of the pressurized water nuclear reactor " AP1000 " developed by Westinghouse (HW), a major American nuclear power plant under the umbrella of Toshiba, has finally started. The state-of-the-art nuclear power plant that has been under development in the United States and Europe is ironically lagging behind in delivering the actual battle in the field, and the performance of the new nuclear reactor will be tried from the fumbling operation in China It seems.

China introduced 'AP1000' developed by American HW as the third generation nuclear reactor, and the National Nuclear Safety Authority (NNSA) settled the plan to eventually domesticize the 3rd generation reactor. Considering the possibility that introduction of AP 1000 does not progress as expected, practical application of new reactor arrived by parallel development of pressurized water reactor " EPR " developed by French power and Siemens of Germany etc. It has been advanced.

Originally, there were two AP1000 plants to be set up at the Sanpo Nuclear Power Plant, two of them were ahead of the aim, and the start of operation in 2015 was aimed, but at the nuclear power plants, the plan is several degrees And it has been changed. Regarding the introduction of the AP 1000 in the actual battle, the plan was progressing also in the state of Georgia and the state of South Carolina in the United States, but due to the sweetness of the construction estimate of AP 1000, HW declared bankruptcy and Toshiba sold it for management Construction is delayed considerably than planned, and completion of 2022 is scheduled at the time of article creation. You can see how HW gets stuck in introducing AP 1000 in the USA by seeing the following article.

Regarding EPR, too, the first EPR project in France and Finland has been delayed due to the management crisis of major nuclear power company Aleba, which is based in France and Paris, and it became clear that practical input will be delayed until September 2019 It is.

Michael Schneider, a nuclear energy consultant, said that "the introduction of state-of-the-art nuclear reactors in the West has not been realized," China has a huge driving force to shift from one project to another , Its nuclear technology has evolved steadily year by year, whereas in Europe and North America it has not been completed in the last ten years ", said that there is a difference in momentum of nuclear power plant development in Europe, the US and China I am talking. Schneider points out that the circumstances that have to rely on China to introduce state-of-the-art nuclear reactors are vulnerable to the global nuclear industry.