On August 28, 2020, a small nuclear reactor developed by American private nuclear company NuScale Power was approved by the

United States Nuclear Regulatory Commission (NRC). If this small reactor is put into the field, it will be possible to design a nuclear power plant that is more expandable and safer than the conventional one.

A nuclear reactor requires a nuclear reactor, but in recent years, the design concept of using multiple small nuclear reactors instead of one huge nuclear reactor has appeared. Reducing the size of the reactor will increase the expandability of the nuclear power plant, solve chronic financial problems, and at the same time improve the safety of reactor operations. 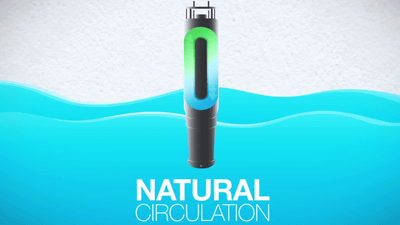 The small modular reactor developed by NuScale Power has a cylindrical shape with a diameter of 5 meters and a height of 23 meters and can generate 50,000 kW. NuScale Power says that by combining up to 12 of these nuclear reactors, it will be possible to construct a power plant that can generate the same output as conventional nuclear power plants. 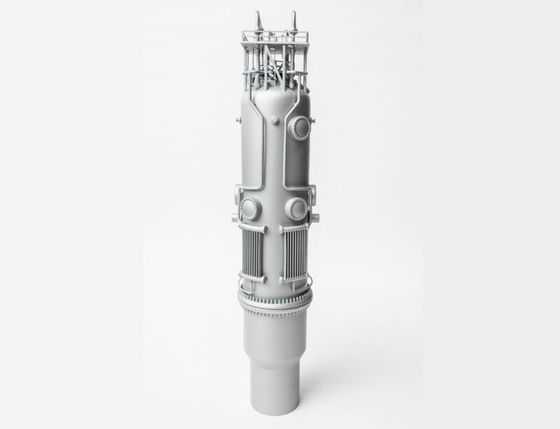 The following animation visualizes the system of the NuScale Power small modular reactor.


The design of the small reactor itself is almost the same as before, using the heat of fission reaction of uranium fuel rods to heat water with an internal pressure loop. The heat is transferred to the external steam loop via the heat exchange coil. Inside the plant, the generated steam flows to the power generation turbine where it is cooled and returned to the reactor. 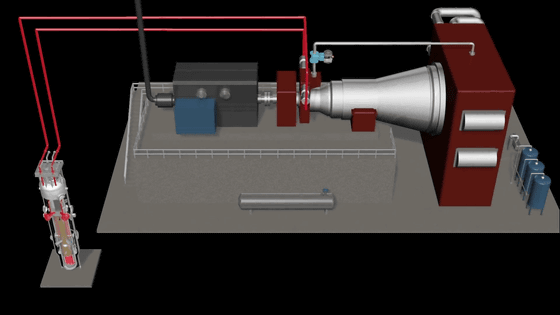 This reactor adopts a 'passive cooling system', and it is arranged so that heated water rises through the heat exchange coil and descends toward the fuel rods after cooling, thus making the reactor safe. No need for pumps or moving parts to operate in 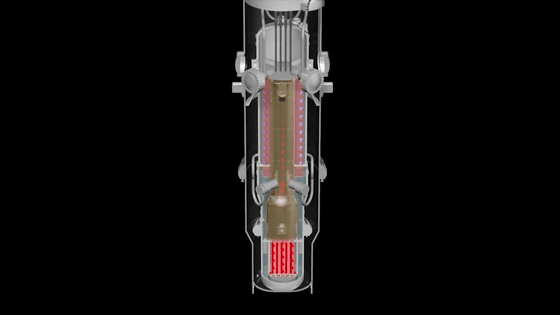 One of the advantages of small modular reactors is that each unit holds a small amount of radioactive fuel, so in the unlikely event of a problem, less heat is removed. Therefore, the reactor is designed to manage heat as well.

For example, control rods are devices that can wrap the fuel rods and block neutrons to stop the fission chain reaction. In the NuScale Power small reactor, the control rod is always pulled up by the motor above the fuel rod, and when a power failure occurs or the power is turned off, it falls on the fuel rod by its own weight. To do. In addition, an internal valve allows pressurized steam to be exhausted into the reactor, and heat is released from the steel exterior that is submerged in the cooling pool.

NuScale Power says it is aiming to deploy this small modular reactor in a real nuclear power plant by the second half of 2020.