How was the expansion pack of action RPG masterpiece 'Diablo' produced? 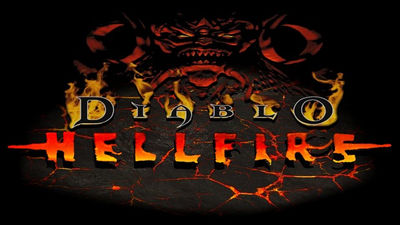 The only authorized expansion pack of action MORPG masterpiece " Diablo " released from Blizzard Entertainment in 1997 is " Diablo: Hellfire ." How this expansion pack was developed was introduced in Polygon , a game-based media.

How a Diablo expansion led to behind the scenes trouble - Polygon
https://www.polygon.com/features/2018/6/29/17517376/diablo-hellfire-expansion-behind-the-scenes-trouble

"Diablo" is an action RPG aiming at the suppression of the devil Diablo threatening the human world by clearing the randomly generated underground labyrinth, and it can also be said as "MORPG's pioneer" that it can also perform online multiplayer. In this "Diablo" proposal book, a business model was sought to sell expansion packs containing additional content with reference to the card game "Magic: The Gathering". However, since Allison Adam, president of Blizzard Entertainment, strongly opposed the expansion pack and prioritized the development of the next work "Diablo II", no expansion pack of the first "Diablo" will be developed by the company was. However, it was not because there was no expansion pack at the first "Diablo". By individuals Mod other that had been many distribution, expansion pack, which has received the only authorization from Blizzard Entertainment "Diablo: Hellfire" had been released from Sierra Online.

Sierra Online announced the world's first graphic adventure game " Mystery House " in 1979 and became a hot topic. Later, Scott Lynch who was acquired by Comp-U-Card International (CUC) in 1996 and had almost no experience in software development with a former certified public accountant appointed CEO afterwards though he released numerous adventure games was doing. 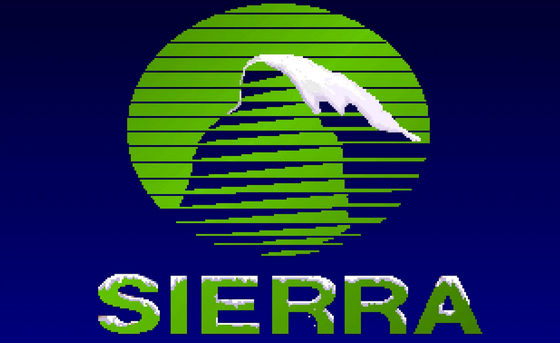 Lynch watched "Diablo" that was a big hit at the time. We thought that it would be possible to reduce the production cost by making an expansion pack just to extract the items and dungeon data from the code of existing games rather than to make the game from 1. Lynch orders members of Synergistic Software, a company acquired by Synergistic Software , acquired in 1996 to develop "Diablo" expansion pack "Hellfire" in just 6 weeks.

Robert Krady, co-founder of Synergistic Software, remembered that time: "We all loved" Diablo "and we respected the developers so that we were involved in the expansion pack production We were pleased, but we were under CUC and the project manager was Scott Lynch, Lynch never participated in the conference and we do not know at all about the site I did. " Meanwhile, Blizzard North, who was relatively enthusiastic about producing expansion packs, decided to send Matt Householder, producer of Diablo, to Sierra Online and to ensure thorough quality control of "Hellfire" did. With the cooperation of Blizzard North, CUC extended the development period from the initial planned 6 weeks to 4 months, Synergistic completed "Hellfire" as planned.

"Hellfire" included adjustment of moving speed, new dungeons, new stories, etc. However, due to the shortage of the development period, Synergistic could not implement all of the pre-planned specifications. Also, although the original planned additional classes were three kinds of monk, bird, barbarian, as a result of strict quality check, I instructed to delete two of the existing bards and barbarian receive. In addition, the prepared quest was also deleted, and I was asked to remove all Easter eggs . However, Synergistic did not delete them completely from the data, but skillfully left it in the game.

In addition, in development of "Hellfire", Blizzard North was conditional on offering only to single player without supporting multiplay so that game balance would not collapse by expansion pack. However, the programmer who was a big fan of "Diablo" thought that "Multiplayer is the liver of this game but it is a waste not only single player", but in a mode that can do multiplayer in a way that does not use Blizzard's server "Battle.net" Was charged secretly into "Hellfire".

"Diablo: Hellfire" which is the first expansion pack of "Diablo" was released in November 1997, 10 months after the appearance of "Diablo". The enthusiastic player of "Diablo" quickly found out the existence of a submission quest and a submission class hidden in "Hellfire." A way to play "Hellfire" online that was supposed to be only a single player for a while has also been established. With that, "Hellfire" shows enough sales. However, Blizzard Entertainment checked the online forum to talk about the game, knew that the content that should have been requested to be deleted in "Hellfire" was left, and that multi-play which should have been banned is possible It is very rage. Moreover, in order to allow multiplayer play, it also turns out that Blizzard Entertainment had altered the DLL file arbitrarily regarded as "Diablo" the most important. Mr. Claudy, Synergistic 's development team leader, was called by executives of Blizzard Entertainment and Blizzard North, and he was scolded heavily. The hidden function corresponding to multiplayer has been deleted by the update file.