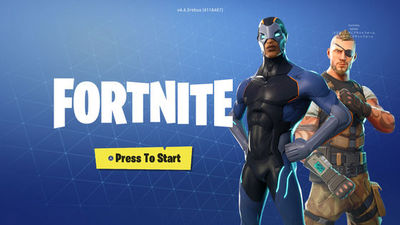 Night ' where 100 players fight until the last player is a very popular game with a player population of over 250 million players worldwide. Rod Fergusson, a former employee of Epic Games, the creator of such Fort Knight, and involved in the development of ' Gears 5 ' with another game developer The Coalition at the time of writing, 'I canceled Fort Knight. 'I tried.'

Fergusson was a director at Epic Games and he is currently working on the latest in the Gears of War series, the 'Gears 5'. Fergusson responded to an interview with overseas game media Game Informer in E2019 held in June 2019 as the studio head of The Coalition, and among them, he canceled Fort Knight, which was still in development stage I have revealed that I was trying.


Fergusson said, 'If I stayed at Epic Games, I would have canceled Fort Knight. In fact, I was trying to cancel Fort Knight before the release, because Fort Knight still' save the world 'mode When it was only there, there were a number of issues with that game, 'he says.

In addition, he said, 'If you look as director of a production at the time, Fort Knight would not have exceeded my criteria to feel' we should continue '' as to why I was trying to cancel. . Besides, I asked, 'Many people look at me and don't feel sick (because I left Epic Games before Fort Knight made a big success)?' It's a very nice thing for you, because you love the booming games around the world (Fort Knight), because they didn't exist if I remained at Epic Games. ' I speak to you.

As Fergusson talks 'I can't sleep at night' in a joke and also says 'I'm very happy with the success of Epic Games', I've been away from Epic Games just before creating a blockbuster game. Fergusson does not seem to regret it at all.