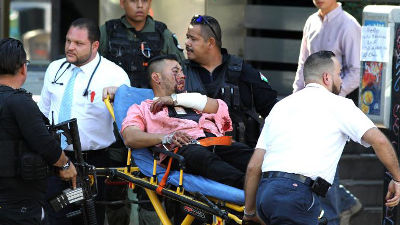 In Mexico the presidential election is held On July 1, 2018 elections are held at federal parliaments, provincial governors and so on, and a total of more than 3,400 politicians will be elected. Rarely seeing the large scale election on Mexico domestic politics is going to move greatly, political officials such as politicians and candidates of more than 130 people are killed during the election period has become a terrible situation.

Risk consulting firm Etellekt announced the findings that the number of Mexican politicians and candidates killed during the nine-month election period that began in September 2017 exceeded 130 people. Of the 133 people killed, 48 were candidates and candidates were assassinated in 22 of 32 provinces.

It is said that Mr. Fernando Phulon's incident is said to be the most shocking among killed. 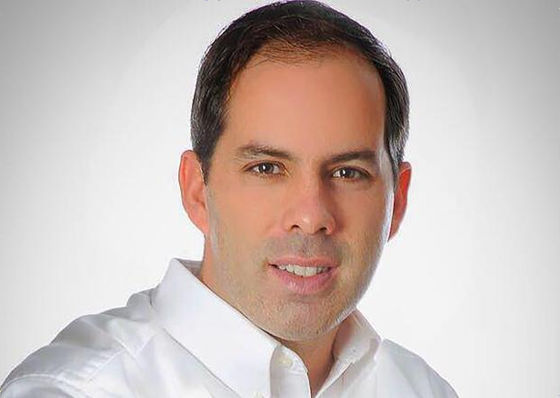 Mr. Pulong finished the open debate at the northern part of the candidate site and photographed with supporters and was shot dead by a gun shot from behind. Mr. Pulong said that he was clarifying his intention to "tackle local crime measures" at the debate. 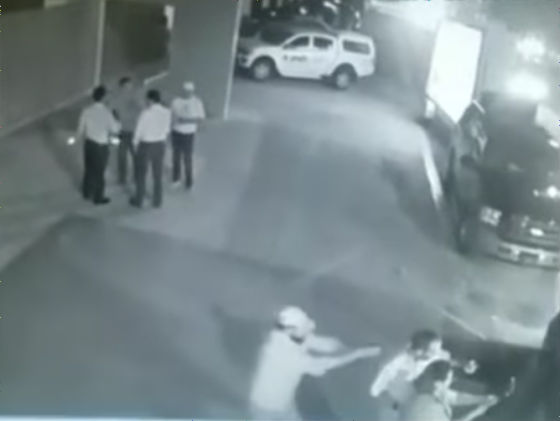 The Mexican government mobilized the army in 2006 to strengthen the crackdown on drug trafficking. However, as a result of the division of the drug cartel by this "drug war," violence has expanded as a new small-scale narcotics organization is born. There seems to be a frequent occurrence of cases of killing politicians who do not try to respond to transactions.

It can be confirmed that the number of politicians (red) and electoral candidate (black) murdered has increased significantly from 2017 to 2018 compared to 2011 - 2012. 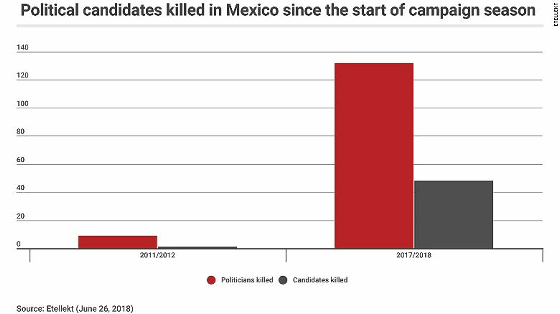 In Mexico there are 25,339 cases of murder, the worst record in 2017. However, the number of murders in May 2018 was 4381, which is the worst record since the survey started. While the elections are coming to an end, the murder case has occurred in 2018 at a pace exceeding the worst 2017 year. 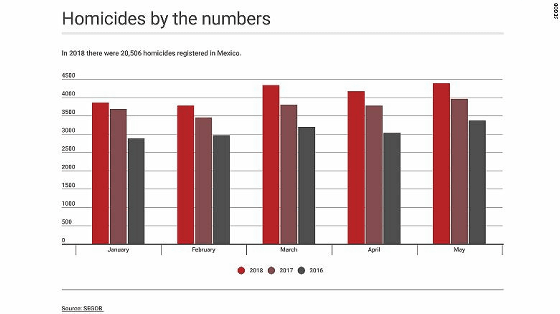