The US presidential election held in November 2020 has been a very fierce battle, and due to the influence of postal voting, the ballot counting work has not been completed even at the time of writing the article. Meanwhile, supporters of incumbent President Donald Trump created a Facebook group complaining that 'the Democratic Party is cheating on voting' and quickly gathered hundreds of thousands of members, but Facebook It is reported that this group has been deleted.

A GOP-Linked'Stop the Count' Facebook Group Is Gaining Thousands of Members a Minute
https://www.vice.com/en/article/xgzx8q/a-gop-linked-stop-the-count-facebook-group-is-gaining-thousands-of-members-a-minute At the time of writing the article, the US presidential election is still in the process of counting votes in the fierce battle state, and it is unclear whether Republican President Donald Trump will win or Democratic opponent Joe Biden will win. Under these circumstances, President Trump has appealed to 'stop counting' and disagrees with the counting and counting work itself.

'If you count the legitimate votes, I'm easily winning. If you count the illegal votes, they'll steal the election results,' Trump said on November 5, local time. Claims that the Democratic Party is cheating over. 'All votes must be aggregated,' Biden said , restraining President Trump. Meanwhile, on Twitter, supporters of President Trump have accused the Democratic Party of voting fraud with the hashtag ' #StopTheSteal ', and movements to support Trump are becoming active on SNS.

A group called ' StopTheSteal ' was also created on Facebook, with more than 263,000 members participating as of 8:45 am local time on November 5, and 300,000 members by 10:30 am. Break through people. Eventually, more than 350,000 people participated in 'Stop The Steal'. The rapid increase in group attendance is believed to be due to the sharing of information about 'Stop The Steal' within a group of other Trump supporters.

The group is run by enthusiastic Trump, including Kylie Jane Kremer , the secretary-general of political groups that support Trump, such as Women for Trump PAC and Women for America First , and her mother, Amy Kremer. Supporters.

On a page outlining the group, 'Democrats plan to deprive and revoke Republicans' voting rights. It's up to us Americans to fight and stop. 'Masu' 'With President Trump, we will do everything we need to ensure the integrity of the elections for the benefit of the country. This is the effort of the Union and the team. To ensure the integrity of the vote. We need a working force. ' In 'Stop The Steal,' some members also posted a call for the use of force based on the allegations that the integrity of the election was threatened by the Democratic Party. In the post, 'Hold a gun. The second amendment to the Constitution is not about hunting. I need a bullet to defeat the tyrant regime.' 'I have a gun ready. 15 I will not give up on assault rifles . '

Group managers are also planning real-world gatherings, sharing where votes are being counted in fierce battle states and appealing to hold local gatherings. It seems that a large-scale event with thousands of members is planned on November 7, but the specific location is unknown.

And Facebook closed 'Stop The Steal' by 2:00 pm on November 5th. Facebook said, 'We have removed StopTheSteal, a group that was creating real-world events, in line with the exceptional measures we take during this time of heightened tension. This group has outlawed the election process. There were voices worried about violence by some members, 'said the reason for the deletion of' Stop The Steal. '

However, it seems that the group administrator also foresaw that the group would be deleted by Facebook. The administrator said that by calling on newly joined members to register on an external website, they were able to continue their activities even if the Facebook group was deleted.

Nina Jankowicz, who studies fake news at the Wilson Center , a political think tank, said, 'Because the group is a reliable space, people are less likely to scrutinize the information they find in it, and people are interested. It is segmented by vulnerabilities and is also the main target of fake news attacks, 'he said, arguing that fake news is likely to be amplified within the group. 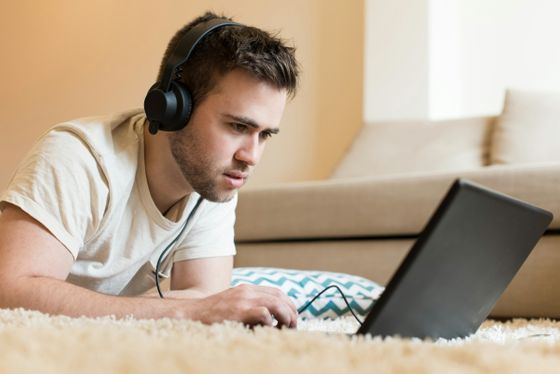