When sending humans to a distant star system far away from the light year, how many people are needed at the minimum? 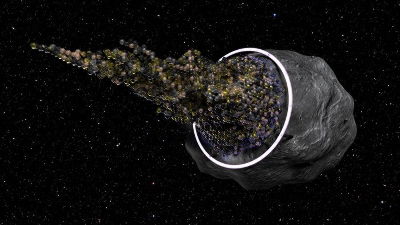 Beyond the distant universe, many light years away from the earth, there are planets with an environment suitable for the existence of life just like the Earth. When sending humans toward such a planet, it is impossible to reach the planet before the end of the life of human beings, so there is a necessity to conduct multi-generation interstellar navigation. Universe Today argues that at least how many people need to be on the spaceship when traveling to places that are light years away from this multi-generation interstellar navigation.

What's the Minimum Number of People you Should Send in a Generational Ship to Proxima Centauri? - Universe Today
https://www.universetoday.com/139456/whats-the-minimum-number-of-people-you-should-send-in-a-generational-ship-to-proxima-centauri/

Human beings have dreamed of sending humans to other planets long before the actual space flight was actually reality. In recent years, the existence of multiple planets located in the habitable zone considered to be the environment suitable for the birth of life has been confirmed. Meanwhile, NASA is planning to send a probe to the planet "Proxima · Centauri b" which is present in the habitable zone as well as the planet and is suggested to possibly exist life as well as the Earth.

Next to the moon and Mars NASA plans to aim for "Centaurus Alpha star system" which is 4.4 light years away from the earth in 2069 - GIGAZINE 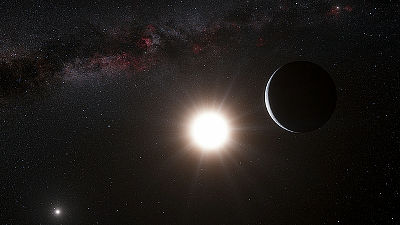 When sending humans towards a planet that exists in the universe far from the Earth like Proxima Centauri b, how many crewmembers need to board the spaceship? There are papers that estimated the minimum number of crew members required to go on a journey of exploration to Proxima Centauri that puts a female in such a doubt.

Dr. Marin and Dr. Berffy are considering the various concepts proposed for interstellar navigation. Specifically, from the conventional approaches "nuclear pulse propulsion" and "nuclear fusion rocket" to the near future futuristic propulsion system such as " breakthrough · star shot " and " solar · probe · plus " Numbers have been tried. Dr. Marin says "About how many crew members need to board?", He says, "It depends completely on the technology available for interstellar navigation." In order to make a spacecraft in 2018 at the time of article creation, the flight speed seems to be only about 200 km per second at the highest, "When that happens, the time to travel in the universe will be in 6300. Of course, It has been improved over time and it is expected that it is possible to shorten the sailing time by about 630 years before the real interstellar flying project is realized.However, this is expected to be applied to technologies that have not yet been invented It is a speculative view to anticipate, "Dr. Marin says.

From these factors, Dr. Marin and Dr. Berffy set the flight speed during interstellar navigation towards Proxima Centauri b at 200 km per second and the time taken for travel to 6300 years, so that the minimum number of crew members required for that We calculate by numerical software using Monte Carlo method .

Numerical software created by Dr. Marin and others is named "HERITAGE" and we are testing all randomization scenarios concerning life and death by stochastic Monte Carlo method. The simulation considers the statistical value that crew members who will conduct interstellar navigation for many generations will spawn on actual space travel. Biological factors include the number of females versus men, age, average life expectancy, birth rate and the reproductive life of the crew, and other accidents, disasters, fatal events and the clubs susceptible to them Extreme possibilities such as the number of members are also taken into consideration.

In the survey, the interstellar navigation simulation taking these factors into account has been conducted about 100 times, and the average value is calculated based on the simulation. It is estimated that at least a crew of "98 people" is needed in order to potentially make a multi-generation interstellar voyage to the outer plan under conservative conditions. 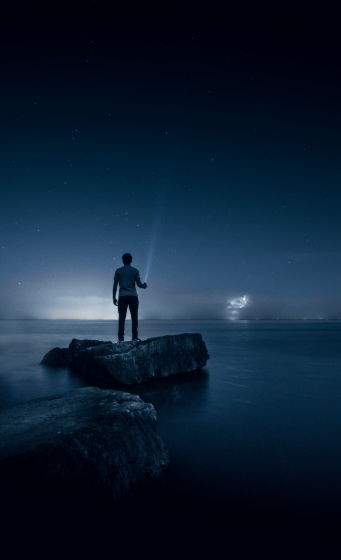 Under this number of people the success rate of multi-generation interstellar navigation will decline considerably. For example, in the first simulation, the number of crew members is set to "32 people", and in that case the success rate of multi-generation interstellar navigation seems to have been 0% surely. The reason is that if it is such a small community, inbreeding becomes inevitable, and even if we can reach Proxima Centauri b, it seems to be because genetically sound crew becomes zero.

Dr. Marin said about "Calculating minimum crew for multi-generation space travel towards Proxima Centauri" with Dr. Berffi, "3757 (the possibility of existence of life Of the extrasolar planets, the nearest planet to the earth is located at a distance of 40 trillion km from the earth.The maximum reachable speed of the state-of-the-art spaceship is only 1% of the light speed, It will take at least 422 years to reach the planet outside the solar system with a spaceship made with technology that is a number that shows that sailing in the stars can not be achieved within the lifetime of a human being In a long-time space mission, we need to find a solution for the crew to survive for hundreds of years in outer space, so in our projects it is the best in both hardware and population And the goal is to establish the size, in doing so, we are told a multi-requirements you will be able to scientifically estimate accurately for interstellar navigation across the generations. "