Christopher Konserisu professor and Tom Wezubi professor of Nottingham University, in mind that the man took more than 4.6 billion years from Earth birth,

equation of Drake there is a 'Earth using the Milky Way galaxy is in capable of communicating with human beings There are 36 types of extraterrestrial intelligent life forms,' and published a paper claiming that.

Are there really 36 alien civilizations out there? Well, maybe. | Live Science
https://www.livescience.com/how-many-alien-civilizations-exist.html

The number assigned to variables such as R * and f p varies greatly from person to person. Therefore, the answer of the equation varies from 0 to billions depending on the person. 'This equation is more than a scientific formula, it's more like a tool for asking the question 'how many extraterrestrial civilizations can be in contact with humankind,'' said Conselis. 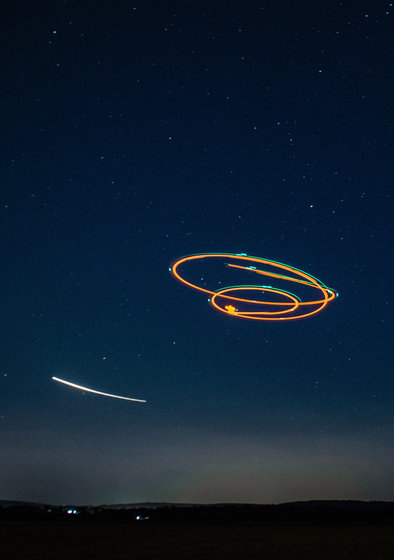 It is said that the age of the galaxy where the earth exists is about 14 billion years, and more than 97% of it is said to be composed of stars similar to or older than the earth. And it is thought that about one-third of the 97% of the stars can have a planetary system.

In addition, it is said that each probability is calculated under the assumption that 'the actual sample has the maximum probability' of

Copernicus' principle . Professor Conceris and Wesby showed that, like the case of the Earth, when intelligent life forms are formed between 4.5 billion and 5.5 billion years after the star was born, it is 4 to 211 in the galaxy where the Earth exists. Argued that a civilization existed.

Furthermore, based on the fact that the period for which human beings are using radio waves is 'about 100 years', there is a high possibility that there are 36 types of intellectual life forms that can be in contact with human beings. thing. “I think this research is very important and exciting,” said Concellis, because for the first time we can potentially contact and discover the existence of other life forms in the universe, Because I was able to actually estimate the number of civilizations that were intelligent and able to communicate.'