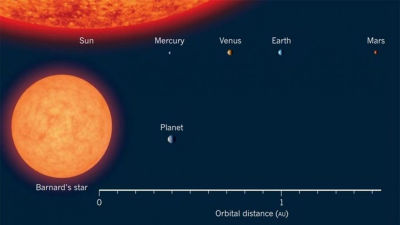 If the latest research presented by astronomical physicists at Villanova University is water in the planet " Bernard Stars b " orbiting the fixed star / Bernard star in the direction of the stubborn, this star is primitive I point out that there is a possibility that life exists. Bernard star b is a planet about 6 light years away from the sun.

If there is an ocean in Bernard star b, the possibility that primitive life is born by geothermal has been pointed out. Edward Guinan, who announced his research, said, "Geothermal will be able to support the" living area "like the underlying lake seen in the Earth's Antarctic."

Bernard star b is said to be "a gigantic planet that is at least 3.2 times the size of the earth" According to research papers published by researchers at Villanova University, even in a severe environment where life can not exist, even if there is water on the ground surface, there is a possibility that the conditions under which geothermal heating effects create life will be created There is that. The temperature of the Bernard star b is minus 150 degrees close to Jupiter's satellite Europa , and it is not in the state where life can exist inherently. However, like europa where there is a liquid ocean under the ice layer on the surface by tidal heating , if the Bernard star b also has water, a liquid ocean is formed by geothermal heat and a primitive life form can be born Researchers point out that there is sex. Bernard star b was discovered in November 2018, and it became a topic that it is Super Earth with three times the mass of the Earth . 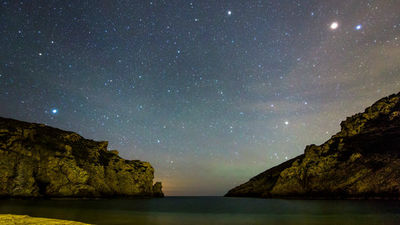 The age of the sun is 4.6 billion years, but the Bernard star of the red dwarf is about twice as much as 9 billion years. Mr. Ginan says, "The universe has created a global planet long ago when we have not existed mankind or even the sun itself." 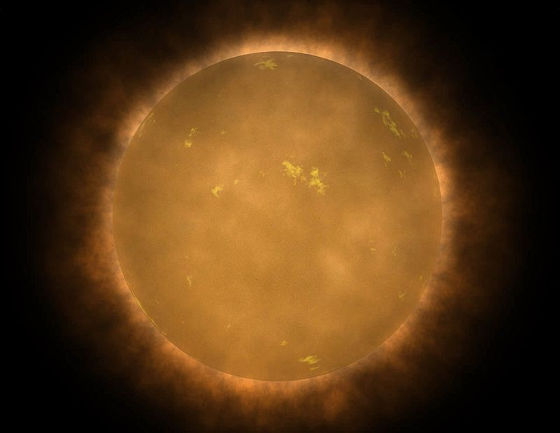 Some researchers claim that there is no life from the distance between Bernard star B and Bernard star, but Ginan et al. Research team thinks that there is a high possibility of life, "Bernard star b The most important aspect of discovery is that we knew that the two stars closest to the sun (Bernard Stars and Proxima Centauri) have planets, which supports research based on data collected by Kepler , The planet makes us feel pretty that it can be very common throughout the galaxy, there are even possibilities that the number of planets can reach tens of billions. "