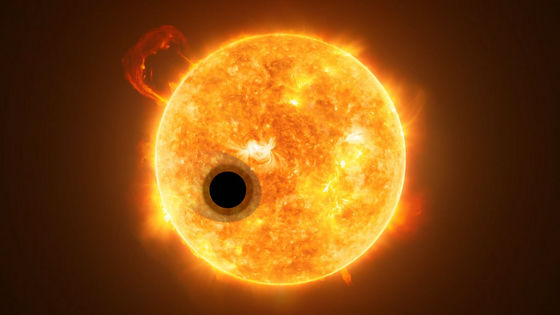 The extrasolar planet ' WASP-107b ', which revolves around the star 'WASP-107' located about 212 light-years away from the Earth in the direction of Virgo, is the same giant gas planet as Jupiter and Saturn. A giant gas planet is composed of an 'envelope' formed of gas and a 'central core' consisting of a solid core, but WASP-107b is so light that it is the same size as Jupiter. Nevertheless, it has been revealed that it is a ' super-puff planet ' with a mass of only about 1/10.

WASP-107b's Density Is Even Lower: A Case Study for the Physics of Planetary Gas Envelope Accretion and Orbital Migration --IOPscience
https://iopscience.iop.org/article/10.3847/1538-3881/abcd3c

A'Super-Puff' Planet Like No Other – As Big as Jupiter but 10 Times Lighter
https://scitechdaily.com/a-super-puff-planet-like-no-other-as-big-as-jupiter-but-10-times-lighter/

2021 January 18, is the journal of astronomy Astronomy local journal on, paper summarizes the new analysis content on the internal structure of the WASP-107b has been announced. The treatise, written by researchers in Canada, the United States, Germany, and Japan, provides new insights into the formation of giant gas planets.

The lead author of the treatise is Caroline Piaulet, a student at the Institute for Extrasolar Planets (iREx) at the University of Montreal. He is part of a research team led by Björn Benneke, a professor of astrophysics at the University of Montreal, and in 2019 he was the first extrasolar planet in the habitable zone to successfully detect water.

Benneke, one of the authors of the treatise, said, 'This treatise addresses the very basics of celestial formation, how giant gas planets can be formed and grown. More than ever thought. Also presents concrete evidence that planets can be formed with much smaller cores and large amounts of gas giants. ' 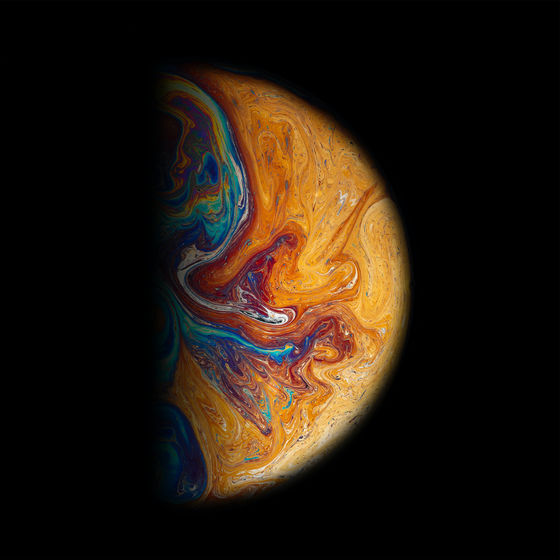 When a low-density object such as WASP-107b forms a planet, the research team concludes that the central core of the planet is about four times the mass of the Earth's core. Giant gas planets are usually formed by

protoplanetary disks of dense gas and dust, and accumulate large amounts of gas before the disks dissipate, requiring at least 10 times the mass of the Earth's core. I have come. Since it has been thought that a giant gas planet cannot form and hold a gas envelope without a huge core, a very large mass of the core has been required.

Meanwhile, in the latest study, Piaulet and colleagues conclude that the core of WASP-107b is lighter than before. As a result, it is calculated that the gas envelope part occupies 85% or more of the mass of WASP-107b. In the case of Neptune, which has the same mass as WASP-107b, the gas envelope accounts for about 5 to 15% of the total mass, so you can see how WASP-107b is a low-density planet.

'I had a lot of questions about WASP-107b. Why would such a low-density planet be formed? And if other planets approach WASP-107b, how would this huge planet be formed?' Do you maintain the gas envelope? Etc. I decided to do a thorough analysis of WASP-107b in order to solve these mysteries, 'he said, explaining why he analyzed WASP-107b. Stated. Eve Lee, a professor at McGill University and a member of iREx, is an expert on low-density, light-mass 'super puff planets' like WASP-107b. 'For WASP-107b, the most plausible scenario is that the planets were formed far away from the stars, and the gas in the protoplanetary disk was cold enough that the gas accretion could have occurred very quickly. The planet may have later moved to its current position, interacting with the protoplanetary disk or other planets in the system. '

There are still many mysteries about WASP-107b. WASP-107b has been shown to contain very little methane, but this type of gas giant should usually contain a lot of methane. Therefore, Piaulet said, 'We are currently reanalyzing the observation data of the Hubble Space Telescope based on the' new mass data 'published in this paper to see how the results will change. We will investigate whether such a mechanism affects the methane content. '

In addition, the James Webb Space Telescope, which is scheduled to be launched in 2021, will be used to perform a more accurate analysis of the atmospheric composition of WASP-107b.