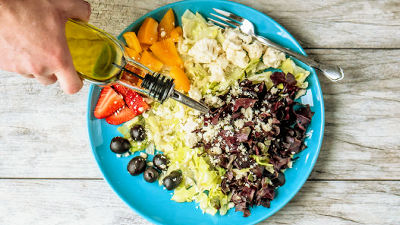 " Mediterranean diet " which eats plenty of vegetables and fruits, fish, olive oil and so on abundantly attracts attention as lowering the risk of heart disease. However, one of the great influential papers that have been the basis for that claim has been withdrawn as a problem with the investigation method.

A Major Mediterranean Diet Study Was Retracted. But Do Docs Still Recommend It?
https://www.livescience.com/62828-mediterranean-diet-retraction.html According to the Mayo Clinic , one of the best hospitals in the United States, the features of the Mediterranean diet are as follows.

◆ Mainly centered on vegetables such as fruits and vegetables, whole grains, nuts and beans ◆ Butter is replaced with healthy fat like olive oil and canola oil ◆ Flavor with herbs and spices instead of salt etc. ◆ lean Meat is restricted to about a few times a month ◆ Eat fish and poultry twice a week ◆ Enjoy meals with family and friends ◆ Drink moderately red wine (not to drink)
◆ I do a lot of exercise

However, research has pointed out that "People who acquired health by Mediterranean diet are biased towards wealthy and highly educated people" so far. 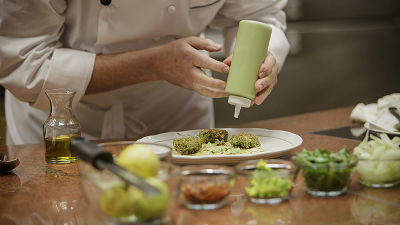 The Mediterranean diet attracted attention in New England Journal of Medicine (NEJM) in 2013, "People who were eating Mediterranean cuisine using a lot of olive oil are taking low-fat meals The probability of experiencing heart attack, stroke, death due to heart disease compared to the person is 30% less "is triggered by the announcement of the research result. In this study it has also been shown that those taking Mediterranean meals that take plenty of nuts were 28% less likely to suffer from the above risks than those who had a low-fat diet.

However, NEJM withdrew the above-mentioned paper on June 13, 2018 on the basis that there was a problem with the research method. Basically it is rare that a paper once published in medical or pharmaceutical journals is withdrawn, and it is said that the number is less than 1 in 1,000. The reliability of the above paper has been suspected for some time, and withdrawal can be said to be the last resort.

The paper has been replaced with the corrected version, and the claim that "Mediterranean diet makes the risk of heart disease and stroke" is almost the same, but does not express directly that "benefits to the heart were brought by the diet" It is said that it has been rewritten in shape. Of course, because the expression of the paper has changed, the reliability of the profit by the Mediterranean diet is not lost immediately. However, obesity researcher David B. Allison said that the lack of a strong expression written in the original paper is "in a sense, it is like kicking off legs that support the paper."

It is the anesthesiologist John Carlisle who pointed out the problems of the study. Originally Carlisle who had no knowledge of the analysis of the results of clinical trials was contributed to a medical journal concerning the problem with the method of anesthesiology research, the editor said "I want you to prove" I heard that I was.

Mr. Carlisle examined statistical methods including 160 clinical trials of Mr. Yoshitaka Fujii who was an anesthesiologist who made data scores of numerous academic papers, and how subjects were randomized in different treatments We analyzed whether it is. Randomization to eliminate bias is very important in clinical trials.

In 2012, Mr. Carlisle announced the result of investigation "It can not be thought that it is a coincidence result" about whether the variation of the variable announced by Mr. Fujii was random. The statistical method used by Mr. Carlisle for research was called the "Carlyle method", and it will be applied to the survey results of medical papers afterwards. 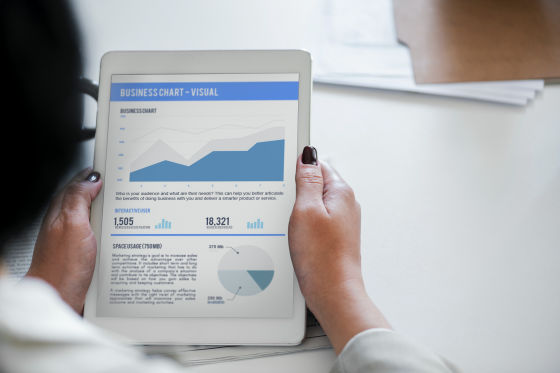 Carlisle has analyzed more than 5000 papers, of which 934 papers were published by NEJM. One of them was a paper on this Mediterranean diet. Mr. Carlisle's analysis The author, Miguel Angel Martinez Gonzalez, investigated the details of the research and as soon as he noticed the problem, replaced it with a corrected version.

Carlisle's analysis showed that about 14% of the 7,400 subjects in the study were randomly assigned to Mediterranean diet or low fat diet. In the study, participants of the couple were instructed to have the same meal law for both, but at one of the 11 places where the study was conducted, the same meal was taken at "village unit" instead of couple units It is said that instructions have been given to take. And researchers in charge of this village did not tell this to other researchers.

Mr. Gonzalez says "This influence only affects a small part of the clinical trial," he argues that the same conclusion can be said even if data of people in the village in question is excluded. However, because all of the subjects had not been randomized, it was not possible to claim that "the meal directly produces the benefit to the heart", and "it was necessary to tone down the result" .

However, NEJM's publicity says, "It is difficult to answer" whether NEJM posted the paper if it was the corrected version of thesis content from the beginning. "Even so, I believe that evidence is strong, but it is not as strong as research that was perfectly randomized."