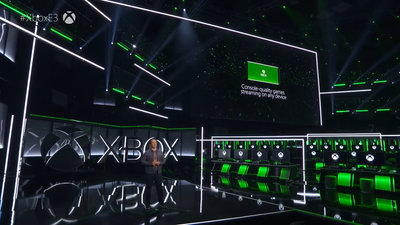 In "The Xbox E3 2018 Briefing" held prior to the big event of the game industry "E 3 2018", MicrosoftXbox One next generation game machine,andGame streaming serviceIt was announced by Mr. Phil Spencer, the supervisor of the Xbox division, that he is planning the plan.

Microsoft is Working on its Own Game Streaming, Netflix-Like Service - Variety
https://variety.com/2018/gaming/news/microsoft-gaming-cloud-games-1202839338/

At the same time, "2017 hit as an indies game"Hellblade: Senua's Sacrifice"Ninja Theory, Playground Games, Compulsion Games and Undead Labs, which are the developers of the company.

In addition, at the briefing, new games such as Halo Infinite latest work of Halo series, "From wolf Shadows Die Twice" from From Software and Activision, "Fallout 76" by Bethesda Game Studios are also released.