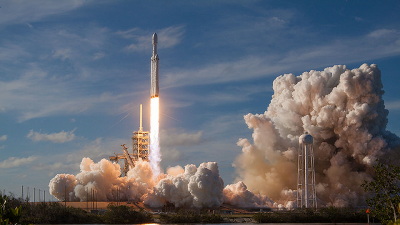 The strongest rocket launched from the Kennedy Space Center in Florida on February 6, 2018Falcon Heavy"Has come to reveal the timing of actually launching a commercial launch satellite. The first customer will be Saudi Arabian Arab Satellite Communications Organization "Arabsat", the launch time is expected to be the end of 2018 to the beginning of 2019.

This information was revealed by Arabsat to SpaceNews.com of the space-related media, and the launch timing of the communication satellite "Arabsat 6A"Somewhere in December 2018 to January 2019It is said that it will be carried out at. As mentioned earlier, if this launch is carried out successfully it will be the first commercial launch for the Falcon Heavy rocket. But this is not "a second launch of Falcon Heavy".

The reason for this is because a mission of a technology demonstration named "STP - 2" by the US Air Force is scheduled until Arabsat 6 A is launched. Performing space operations such as navigation of artificial satellites and intercontinental ballistic missiles in the Air ForceAir Force Space Command(Air Force Space Corps) spokesperson reveals to SpaceNews that the STP - 2 mission is scheduled for October 2018. Originally this launch was planned in June, 2018, but according to a spokesperson, "It is the evaluation test in SpaceX and the result of technical review by both SpaceX and Air Force" It is said that it is postponed. In February 2018, Falcon Heavy, which bundled three Falcon 9 rockets, was launched on February 2018 with "Tesla Roadster" owned by Mr. Eulon Mask as a dummy payload (cargo). The Roadster and the doll "Star Man" sitting in its driver's seat are safely separated after launch and are on long journeys aiming at Mars indeed. However, as the launch was getting along well (?) The speed was overdone, it is believed that in fact it was on track to overshoot Mars a bit. It is a commercial mission of Falcon Heavy which was finally carried out, but the next launch schedule following STP - 2 and Arabusat 6 A is unknown. SpaceX is because that is the other large customers Intelsat and Viasat, but we have an agreement on the launch between such as Inmarsat, it does not show the intention to implement for launch using any of the companies Falcon Heavy.

Viasat's communication satellite "ViaSat-2" and Inmarsat's "European Aviation Network" satellite was initially scheduled to be delivered to space with the launch of Falcon Heavy, which was scheduled for June 2016, but due to delayed development, I changed the rocket of Arianespace in June 2017 "Ariane 5"Has been launched by.

Inmarsat and Intelsat still maintain a launch option using Falcon Heavy, but it is not clear whether to actually do it. Even if the new rocket is not equipped with any actual cargo to be launched, it will be "a treasure troublesome", but because Falcon Heavy can be said to be a rocket bundling three Falcon 9 rockets, economic loss for SpaceX It seems to be safe material for the company that it seems that it will be kept to a minimum.

SpaceX will carry out launch of the Falcon 9 rocket up to 300 times for future schedule and by about 2023To retireWe are announcing that. After that, the operation of the super huge rocket "BFR (Big Fuckin 'Rocket") with the view of manned flight to Mars in view is planned. 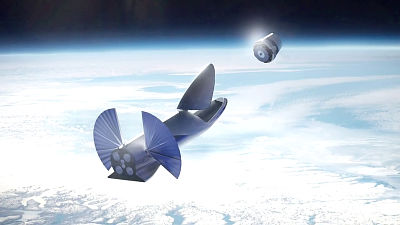