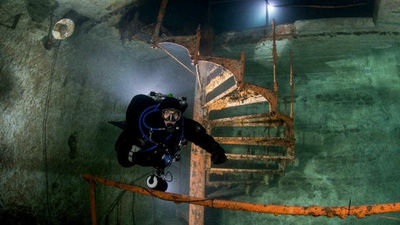 If you listen to the diving spot, but I think that people who imagine the beautiful sea of Australia and Pacific Ocean Islands is large, the Hungarian capital is what Eastern European landlocked country

in Budapest in the underground 30m, little known even by locals It seems that there are unintended diving spots.

In the Covanja district in Budapest, the capital of Hungary, there was once a mine producing limestone. From the Middle Ages to the 19th century, the Cobanja mine was excavated with a large amount of limestone and played a major role in constructing a beautiful city of Budapest.

At the same time, the mine, which was expanded one after another to mine limestone, created a huge cavity at a point about 30m underground in Budapest. The Covanja mine finished mining limestone in 1890, and is later used as a winemaker's brewery in part, or during WWII as a factory for producing shelter and fighter engines. Did.

In the 1990s, the government hired several divers to clean up the flooded area as the empty void in the underground of Budapest began to flood. The divers who dived the mines at the request of the government noticed that this flooded area was the perfect spot for diving. 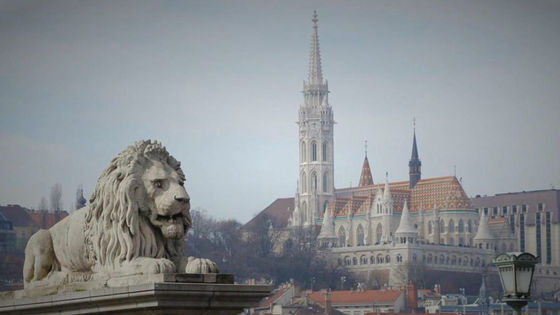 After that, the Covanja mine was used as a diving spot by divers. If you want to dive in the Covanja mine, you can dive by registering on the diving site in Budapest. The price is about 70 euros (about 9100 yen) per person in 50 to 70 minutes diving, and about 140 euros (about 18,000 yen) per person in 90 minutes to 150 minutes diving. It seems that the diving center in Budapest is fully equipped with the equipment needed for diving. Cornell Damian, who often dives at the Covanja mine, is a communications engineer living in Budapest. Damian, who started diving in order to 'get self confidence' in the wake of having fallen from a high place in 2003 in the wake of a serious injury, went diving on the coasts of Croatia, Taiwan and Egypt. One day I realized that I could dive in the basement just 4km from my home. There are four diving sites in the Covanja mine, three of which can only be divers with special permission. The water temperature is about 12 degrees, and the groundwater level is about 30 meters below the surface of Budapest.

In diving spots where even ordinary divers can easily dive, you can dive to a site about 17 m deep and swim around for about 40 minutes to search for a room or factory trace that was once used as a mine. Instruments for carrying stones out of the mine remain in the water, making it a very interesting diving spot.

Damian usually works at heights to work on communications. “I can look up at the beautiful Budapest city from the high point in the daytime, do diving after work, and see the place where the materials that make up the city of Budapest were born. I have great privilege. 'I feel that,' said Damian. When diving in the Covanja mine site, various machines and devices pass through the abandoned sections ... You can enjoy passing through narrow mines. 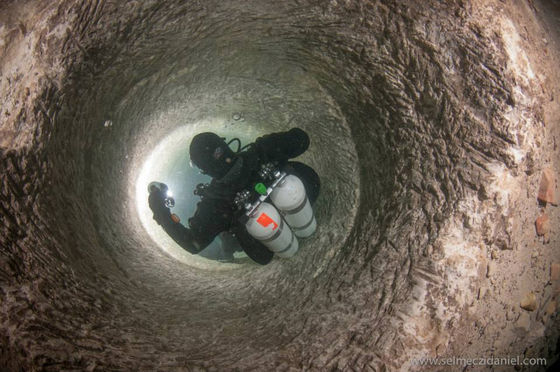 In addition, there are other diving spots besides the Kovanja mine site in the underground of Budapest. You can see the movie of Morner Janos cave where hot spring is accumulated in underground cave from the following.


Budapest is also known as the city where many hot springs spring. There is also a cave in the basement of the city, where there are places where hot springs are accumulated and become diving spots. 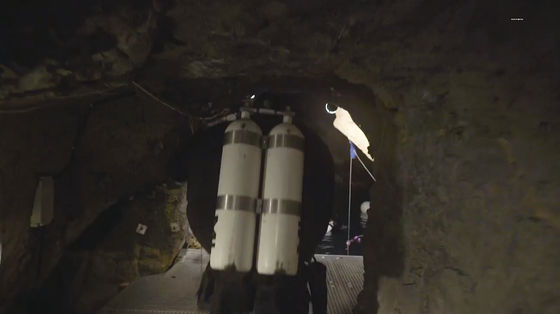 The Morner Janos Cave is a popular diving destination for divers in Budapest. 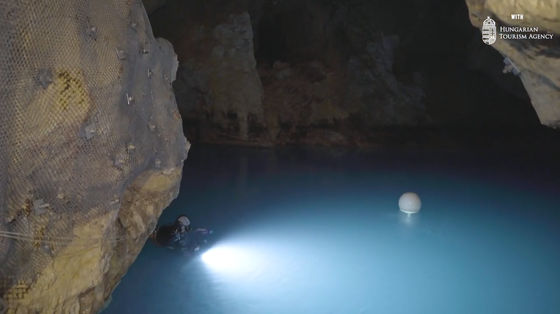 This diving spot, discovered in the 19th century, has a temperature of over 20 degrees Celsius, as the hot springs are accumulated. 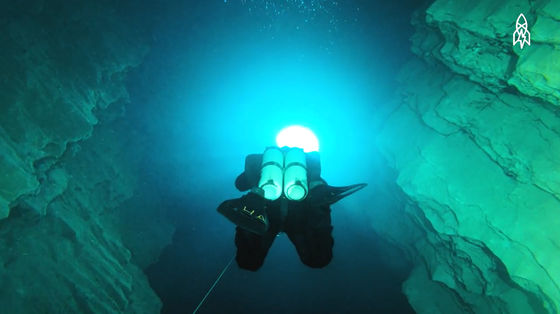 Divers follow the ropes in the cave and enjoy diving while being careful not to leave the course. 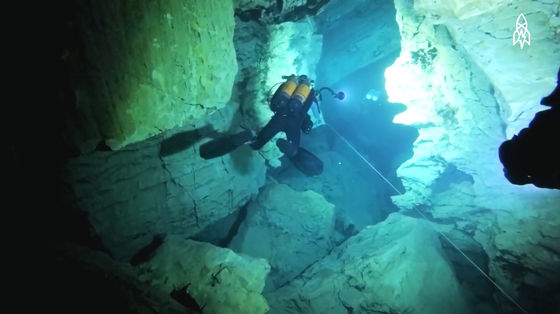 Occasionally signs like this indicate the current location and the distance to the exit show that this is a very well-maintained diving course. 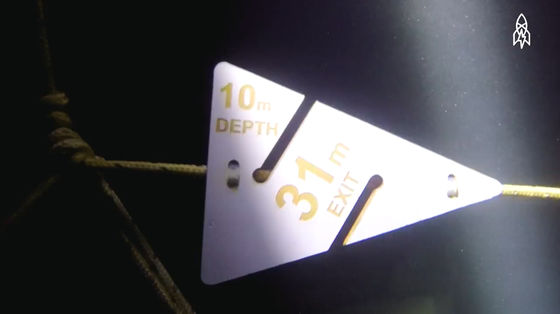 In Molna Janos Cave, where hot springs have been accumulated since ancient times, rare creatures not found elsewhere are also found. Although Budapest is an inland city, it was a city where many divers can enjoy diving.