Google announced the third-generation processor dedicated to machine learning "TPU 3.0", in a situation where cooling can not catch up and introduced liquid cooling system Google developers event "Google I / O 2018", The 3rd generation model of the dedicated processor" Tensor Processing Unit (TPU) "specialized in machine learning"TPU 3.0Google CEO Thunder Pichaai announced. Although TPU 3.0 realized about 8 times faster than the 2nd generation model, it was not able to suppress the heat generation of the processor due to excessive performance, and for the first time it decided to introduce the liquid cooling system It is that. 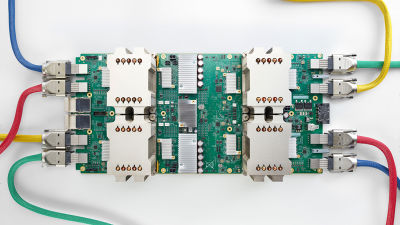 TPU 2.0 of the 2nd generation made it possible to efficiently process both "inference" and "training" of machine learning, but in the 3rd generation TPU 3.0, it was further added to "training" It seems that time required can be drastically shortened. For this reason, it is important to improve the accuracy of applications, such as recognizing what people are talking about from the recorded data, identifying objects in images and videos, reading the potential emotions of writers from text It will be possible to raise it in a personal way.

Google has already assembled a cluster called "pod" that uses multiple TPU 3.0, and we are doing performance comparison with the pod of the previous model (TPU 2.0) (64 units). According to Mr. Pichai, "The performance of TPU 3.0 pod is more than 8 times higher than previous model, 100PFLOPSIt has the computing power above. " Since the pod of the previous model was 11.5 PFLOPS, replacing it with TPU 3.0 dramatically improves the performance. In addition, detailed information such as the specific calculation performance of this pod and the number of clusters was not revealed at the time of announcement of Google I / O.

The image of the TPU pod configured with TPU 3.0,Google's Twitter accountIt is published in. As far as the image is seen, it seems that there are 100 or more boards with TPU 3.0.


Today we are announcing our third generation of TPUs. TPU Pod is more than 8X more powerful than last year's, delivering more than 100 petaflops of ML hardware acceleration.# io18pic.twitter.com/m8OH5vFw4g