It is now a large global company, Amazon, but in the early days of its founder Jeff Bezos enacted a certain rule. The rule is that "All teams in the company must be exactly the size to eat two pizzaIt is like that. The Guardian introduces this "pizza two-sheet rule" as supporting the breakthrough of Amazon growing indefinitely.

The two-pizza rule and the secret of Amazon's success | Technology | The Guardian
https://www.theguardian.com/technology/2018/apr/24/the-two-pizza-rule-and-the-secret-of-amazons-success "Pizza two-sheet rule", efficiency andScalabilityIt is a rule born in emphasizing. In terms of efficiency, small teams can shorten wasteful hours from "ease of time management", so that members within the team can always have the latest information. However, it seems that the latter "scalability" is the only really important factor for Amazon.

Benedict Evans, an analyst at Andreessen Horowitz, a venture capital firm, said that with the benefit of Amazon's "pizza two-sheet rule" advanced by small teams, "When you add a new product line, There is no need to build or submit a report directly, much more to meet up with each department, wake up a project (on a new product line), plan a complex business plan, prepare a new e-commerce platform "Moreover, when you make a new product line in Italy, you have to bother to fly to Seattle (home of Amazon), you do not need to hold meetings and recruit collaborators inside the company, persuade someone We do not even have to create a roadmap to do " You have. The best example of this flywheel is the birth and growth of "AWS". AWS is a company and service that provides cloud computing services to Amazon and other companies. As with Amazon at AWS, all teams designated by Bezos CEOs must cooperate with each other using structured, systematic methods only. For example, if an advertising team needs data on sales of shoes, you can not send an email to the analysis department and ask "How to best use resources". Instead, you can get your own data from a data analysis dashboard, and if that dashboard does not exist you need to create a dashboard. This approach, which can be said to be one of the benefits of the two pizza rules, is that Amazon is a company where various services grew and became enormous.

Technologies created by Amazon to share resources within the organization are sometimes provided for other companies as they are. One such service is AWS, and now it is growing to account for 10% of Amazon total revenue. In the fourth quarter results of Amazon 201 recorded the highest final profit and sales of Amazon, AWS recorded revenue of $ 5.1 billion (about 559 billion yen), an increase of 44.6% over the previous year. As Amazon financially top-level department, we cite three of "America and Canada", "International" and "AWS", you can see how well AWS has grown into a huge service supporting Amazon as a whole . 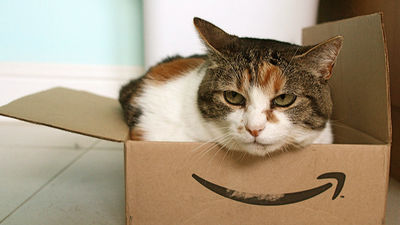 AWS, whose revenues are growing close to that of Amazon's sales around the world, Netflix, which accounts for about one-third of Internet traffic in North America, has so many customers that it is just a customer. In order to efficiently transfer large volume data to AWS's cloud service, Amazon has developed up to Snowmobile (snowmobile) on a special truck, and for companies that want to upload a large amount of data to AWS, this snowmobile It is said that there is also sometimes dispatching. 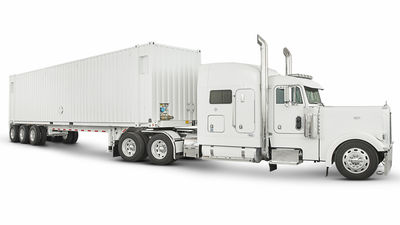 The second flywheel with features different from AWS is "Amazon marketplace". This is a service that started in 2000, third-party sellers can sell their items on Amazon. This service has been extended for many years and it is obvious that it is a great force for Amazon, aiming for "a destination on the Internet to go to buy everything that exists". Also, The Guardian wrote that the advantage of the Amazon marketplace is "the ability to extend Amazon without increasing one's employee", he says in a sense "it is better than the two pizza rules" It is. And the third flywheel Amazon has been emphasizing since 2014 is to incorporate artificial intelligence (AI) into the business. Amazon has adopted the cutting edge of the AI ​​industry before that, and adopted a recommended algorithm using a neural network for its own service. But since Amazon began developing smart speakers Amazon Echo and AI Speech Recognition Assistant Alexa, fellowship with AI and Amazon will become even deeper.

The economy of scale for AI is unique. The data is worthwhile, as more people use Amazon Echo, more audio samples for AI learning will be added and the quality of Alexa and Amazon Echo will improve. Also, because machine learning technology supporting Alexa is very versatile, as Amazon Echo users increase, every Amazon business progresses, efficiency increases, efficiency of new fields and further research means It will also be possible to make suggestions, The Guardian. 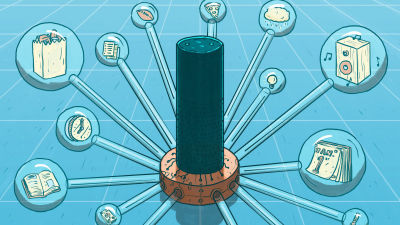 Of course there is nothing that will last forever, and Amazon also has weaknesses. For example, the two-pizza rule is an excellent strategy to build an infinitely expandable enterprise, but it is a strategy unsuitable for building a comfortable and stress-free environment, as if it symbolizes this, Amazon is long I am criticized for handling warehouse workers.

What is the "harsh labor environment" that reporters who worked while hiding their positions in Amazon warehouse talk? - GIGAZINE 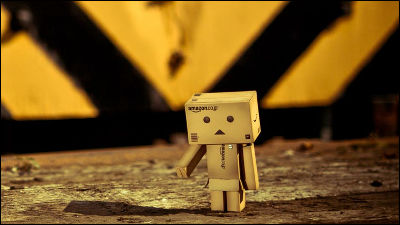