Malware that has been lurking in the Mac for over 10 years without being noticed by anyone "Fruitfly"The man who is supposed to be the author of the book was charged. Prosecutors have pointed out that Fruitfly has stolen at least millions of Mac users' images and screenshots and sold them to others.

You can check the history of how malware "Fruitfly" that no one was noticed was found in the following article. 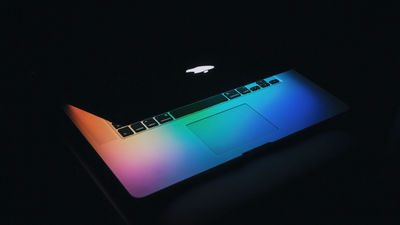 Phillip · R · Duratinski was charged with creating malware Fruitfly discovered in January 2017 and illegally stealing images and others from other people's Mac. According to the indictment filed in the United States District Court for the Eastern District of Ohio, Duratinski used Fruitfly to steal millions of images from Mac users for over 13 years. This "acquisition of images without permission" is as reported for some time as the ability of Fruitfly.

In addition, Fruitfly secretly turns on Mac's camera and microphone, takes a screenshot, logs key input, steals personal information such as tax and medical record, net search history, bank transaction record Prosecutors insist that they were also used. Also, in certain cases, if a victim of malware searches for words related to pornography, there is also a function to issue an alert to Duratinski, and some images may have been sold to others about. The targeted Mac is not only those owned by companies but also those belonging to police departments, schools, US government agencies, and thousands of Macs were damaged. In addition, the prosecution claims that Duratynski was developing not only for Mac but also Windows version of Fruitfly, and it has been found that the extent of the damage is wider and more serious than originally reported.

Security researcher Patrick Woodle who first published the threat of Fruitfly said that Apple has not adequately provided opportunities to explain the malware threats facing Mac users, I point out the dangers of "Mac myth" that "Mac is more secure than Windows".