I thought about the topography of Japan with the 'Three-dimensional Japanese Map Calendar [Relief Version]' that literally highlights Japan. 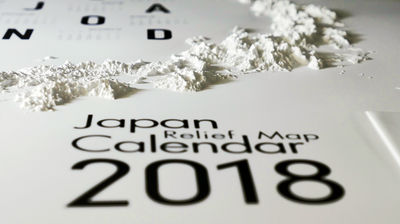 According to the website of the Japan Institute of Country-Technology , about 70% of Japan's land is mountainous or hilly, and areas with an altitude of 500 m or higher occupy about a quarter of the land. The ' Three-dimensional Japanese Map Calendar [Relief Version] ' has a white calendar with a three-dimensional relief of a map of Japan at a scale of 1 / 3.15 million, and you can always think about the mountains and hills of Japan while checking the calendar. It is a calendar that can be made.

It arrived in the editorial department in a fairly large box with a length of 700 mm and a width of 450 mm, so I immediately opened it. The box is big, but it's so light that you can easily hold it with one hand. 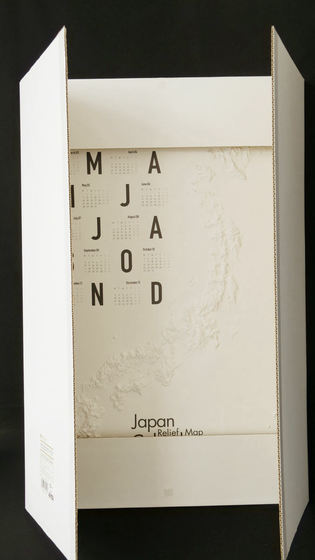 A label was drawn at the bottom right of the box. The body is made of polystyrene. 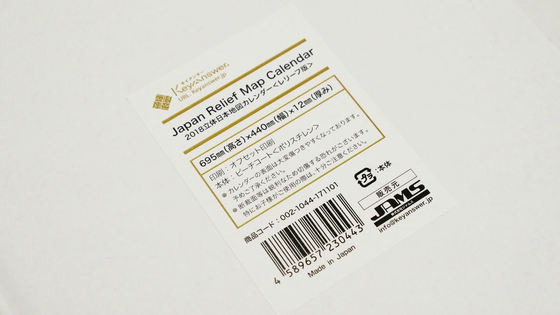 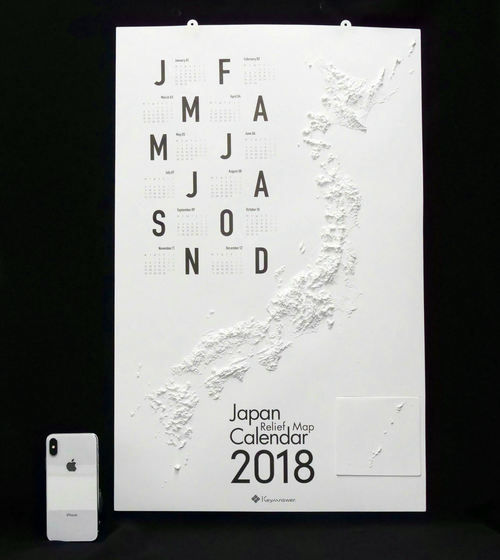 The calendar part has a simple design. The month is not a number, but the first letter of the alphabet is written in large letters, and 12 months' worth is written on one sheet. Weeks start on Mondays, with black on weekdays and gray on weekends and holidays. The letters were quite small and felt quite difficult to see from a distance. 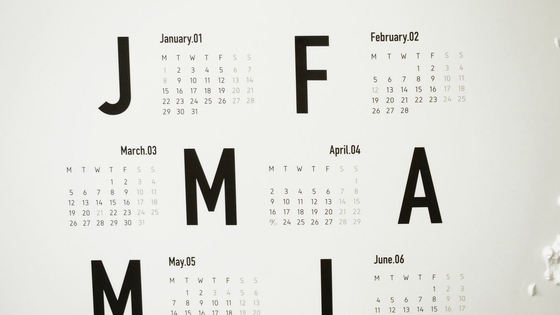 From the side, you can clearly see that the surface of the calendar is raised in the shape of a mountain. 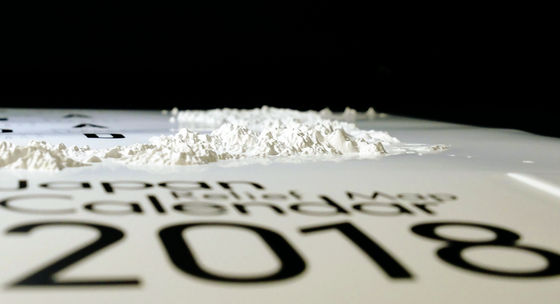 When I turned it over, it was dented as it was, with the Japanese archipelago turned inside out. 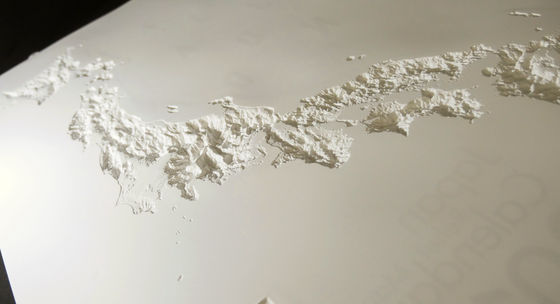 Seen from the Kyushu region, I found Mt. Aso in Kumamoto prefecture.

The caldera terrain was reproduced. 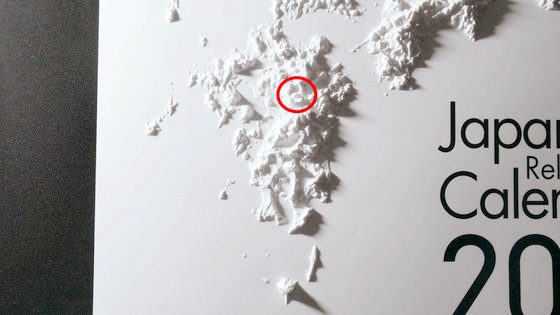 The Okinawa region was listed in the lower right corner of the calendar as the Ryukyu Islands. Mt. Ishizuchi (Mt. Tengu) near the center of Shikoku is the highest mountain in western Japan at an altitude of 1982m. Lake Biwa was a large depression in the northern part of the Kinki region. The lowland that extends beyond the Suzuka Mountains to the east is the Norio Plain, which has

an altitude of 0 m above sea level. The Chubu region has the Japanese Alps, and you can see that the mountains are quite steep. You can follow the

Itoigawa-Shizuoka Tectonic Line on the western side of Fossa Magna in the flow of the mountains. I was also surprised by the vastness of the Kanto Plain, which extends to the Kanto region. We were also able to find Mt. Fuji (elevation 3776m), the highest peak in Japan. The crater part is also reproduced properly. 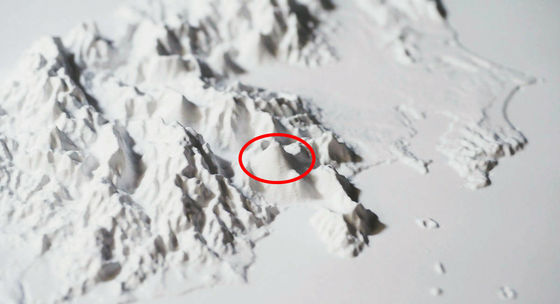 Looking north from the Kanto region, the Sendai Plain stretches between the Ou Mountains, which is the backbone of the Tohoku region, and the

Sanriku coast, which is a ria coast. The three-dimensional Japanese map of 'Three-dimensional Japanese map calendar [relief version]' is more solid than I expected, and you can intuitively understand the steepness of the Shikoku region and the size of the Kanto plain, which cannot be seen with ordinary maps. Is pretty ant. Also, the shadows change depending on how the lights are applied, and you can see various Japanese figures, so you won't get tired of watching them. There are some parts of the calendar that are difficult to see and use, but it is a good idea to enjoy the simple and modern design of the room interior.