In the city "California" city "Stockton", the trial operation of the basic income system for residents is supposed to start in 2018. When it actually starts, it will be the first attempt in the United States.

Next Year, a Californian City Will Launch the First Basic Income Experiment in the U.S.
https://futurism.com/next-year-a-californian-city-will-launch-the-first-basic-income-experiment-in-the-u-s/

The concept of basic income is old, in the 1790s the founder of the American foundation,Thomas PainThere are also materials that described the basic income. And in the 1960s, he led the civil rights movementMartin Luther King Jr., So-called "Rev. King" revealed support for the basic income system. And in 2018, Michael Tabs, 27-year-old, is the Stockton that leads the town as the mayor, and the system is about to be put into practice. Mr. Tabs "SEED" (Stockton Economic Empowerment Demonstration: Demonstration of Stockton Economy Enhancement), this program is to be carried out with the support from the government.

Most of the funds used for the experiment are "basic income support groups"Economic Security Project"It is said that this group is offering 1 million dollars (about 114 million yen). Although the number of people to be targeted has not been clarified, basic income of 500 dollars a month (about 56 thousand yen) and 6 thousand dollars a year (about 680 thousand yen) is awarded to people selected from the residents It will be. Mayor Tabus states that he wants to continue this system for at least three years. In Stockton, a groundbreaking attempt begins, it is actually the biggest financial collapse city in the past in America history in 2012. The city is still in a state of poverty, the unemployment rate shows 7.3%, far above the national average of 4.3%, the average annual income of the inhabitants is $ 44,797 (about 5.1 million yen), which is the average in California state It has declined greatly from the annual income of $ 61,818 (about 7 million yen). Stockton has a high crime rate,It is counted as one of the most dangerous cities in the countryIt is also.

Mayor Tabus aimed to introduce the basic income system as "an alternative essential to creative that replaces traditional income" as an indispensable alternative. It was the pastor's argument that the mayor touched this system, and that he was a poor life he had experienced. From experiences of not being able to pay and paying for what I should pay, I've been experiencing a lot of stress and painful thoughts, "This stress is not born because there is no personality, it is born because there is no money"I am speaking.

Not only to eliminate poverty by the mayor of Tabus but also the number of experts expecting the basic income system as a source of revenue for the era of "the time when robots will be doing human work" is possible future. With the development of robot technology and AI technology, once a computer can take charge of tasks and judgments that only human beings were able to do, it becomes no longer necessary for humans to remain in that position. Whether this is taken as "robbed of work by a robot" or "I got a robot to replace human work" is a judgmental point, but I was in that position anyway There is no doubt that people will be deprived of income sources. As a way to complement income at that time, the basic income system is expected.

"In the future robots will deprive people of their work, the government will pay basic income," Mr. Eilon Mask said - GIGAZINE 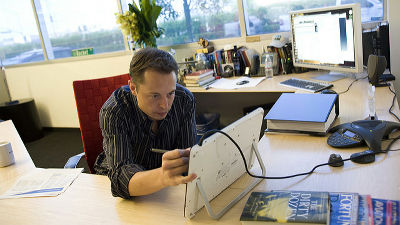 On the other hand, as a matter of course, there is also a concern about the negative side that "When people introduce basic incomes, people do not work and do not search." However, from the demonstration experiments that have been carried out so far, there are many cases in which the opposite results are seen in fact that people are actively working on finding jobs and employment motivation increases, It seems that they have decided to introduce the system by seeing these results.

What was the motivation for stress and work in Finland who gave a cumulative income of 70,000 yen a month to 2000 people as a basic income? - GIGAZINE 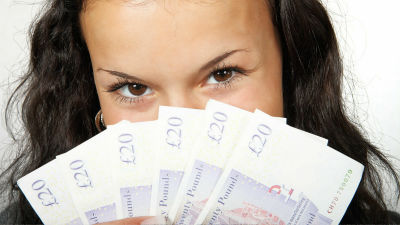