Why did you start eating popcorn at the cinema? 'Cinema popcorn' is the most popular form of corn that has been bred in various ways, such as making colorful corn like jelly beans. How was the relationship between popcorn and movie theaters, which are now inseparable, created? That's what Smithsonian Magazine summarizes.

Why Do We Eat Popcorn at the Movies? | Arts & Culture | Smithsonian Magazine
https://www.smithsonianmag.com/arts-culture/why-do-we-eat-popcorn-at-the-movies-475063/

The origin of corn is 8000 years ago, and it is said that it originated from a weed called pig morokoshi, which looks different from the current corn. The name popcorn comes from the popping of grains, which when heat is applied, the water stored with starch inside becomes steam and expands, and the hard outer tissue withstands the pressure from the inside. Because it can no longer be used and explodes. This feature was one of the first changes made to the pig morokoshi cultivated in Central America. It is believed that North American whaling sailors heading to Chile discovered a variety of popcorn and brought it back to New England , which is how popcorn was introduced to North America.

Once brought to North America, popcorn spread in a blink of an eye. People all considered pompon bouncing corn as entertainment, and by 1848 popcorn had become a dictionary-friendly candy. And literally the explosive growth of popcorn has become available in entertainment venues such as circuses and fairs. In fact, there was only one place in the entertainment where you couldn't see popcorn. That is the movie theater. What spurred popcorn popularity was the steam-based mobile machine invented by Charles Cretor in 1885. Sweets such as potato chips cannot be made without a kitchen, but by making them movable machines, they have become commercial sweets used in places such as circuses and fairs. Another attraction not found in other sweets is the scent when it pops. However, the movie theaters at that time were appealing to educated people, and because the hall was covered with beautiful carpets and rugs, it was not allowed to bring in garbage. It was a silent movie at the time, so one reason I didn't want to distract the sound of eating popcorn when the movie was showing.

The first addition of audio to a movie in 1927 opens the door to the cinema. I used to use letters in silent movies, but with the addition of audio, my ability to read and write is no longer required. In 1930, the movie's audience reached 90 million a week, which increased the chances of making money from the sale of sweets. However, movie theater owners were still hesitant to bring sweets to the spectators' seats.

When the Great Depression of 1929 struck, a crowd of people broke into the cinema as a pastime, and popcorn, which sold for 5 to 10 cents at that time, was a luxury item for people to pick up. Merchants who saw it started selling popcorn on the way to the cinema, and people started buying popcorn outside the theater before heading to the theater, so early cinemas were courtesy. There is now a place to deposit. This is to check if you have popcorn under the coat. Popcorn was a secret candy. 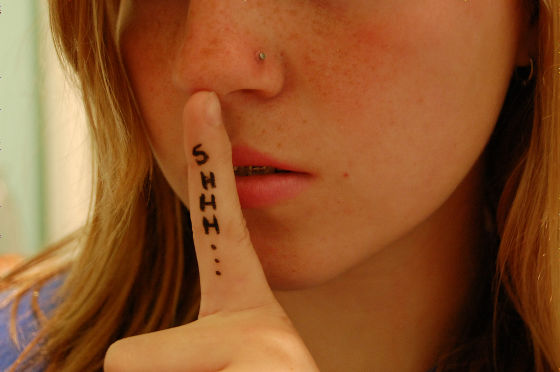 Another reason owners weren't ready to sell popcorn was the lack of adequate ventilation in the cinema. However, the spectators appeared one after another with popcorn, and the owners, who were no longer attracted to the financial appeal of selling sweets, finally paid a commission for 'the right to sell sweets in the movie theater lobby.' Give to the merchants. However, merchants didn't care about this right, as selling on the road would sell popcorn to both movie-goers and passers-by.

Eventually, cinema owners realized that if they beat the intermediary, their profits would rise. Many cinemas were able to profit from the recession with the help of sweets, but from the mid-1930s, cinemas in the city began to tilt. The cinema chain Dallas introduced popcorn machines in 80 cinemas, but five of the most profitable cinemas didn't put them in because they were too high-class to deploy popcorn machines. Then, in less than two years, the profits of those five movie theaters turned into the red. Cinema owners have finally admitted that popcorn is the key to profit.

World War II further strengthened the connection between popcorn and cinemas. Sweets like candies and sodas suffered from sugar deficiencies, and in 1945 popcorn became a must-have in cinemas, with half of the popcorn consumed in the United States being eaten in cinemas. is. Also, around this time, commercials began to be played before the movie was shown. The most famous commercial was the 40-second 'Let's all go to the lobby' that was played in 1957. Commercials have made people eat more sweets. But with the spread of television in the 1960s, cinema and popcorn sales declined. Popcorn is easy to eat on the streets and at events, but it wasn't popular at home because it was difficult to make. The solution to this problem is a kit called EZ Pop or Jiffy Pop, which contains all the ingredients such as special machinery, butter, and salt necessary for making popcorn, and you can easily make popcorn at home just by putting the container on fire. It came to be made.

In the 1970s, the second popcorn boom came with the help of microwave ovens. Popcorn is now easy to make with the push of a button on the stove, and can be eaten again at home, keeping the traditional connection between entertainment, popcorn, movies and popcorn. German electronics maker Nord Mende even used popcorn to advertise their microwave ovens to 'sponsor a movie on Wednesday.'

On the other hand, the connection between popcorn and movies has changed more than the smell of a movie theater. That is the popcorn industry itself. There are two types of corn, white corn and yellow corn, and yellow corn, which costs twice as much as white corn, was not widespread before the Great Depression. However, the movie audience loved yellow corn and became accustomed to popcorn that was slightly colored with butter, which made white corn unacceptable. Currently, about 10% of white corn is used on the market, most of the rest is yellow corn, and only a small amount of blue and black corn. The older the theater, the more important popcorn is and the less material it costs, so the stand's profit margin is around 85% , which makes up 46% of the total cinema revenue. In recent years, high-end movie theaters have begun to open in the United States, and more and more sandwiches and breads are being sold, but iPic Theaters CEO Hamid Hashemi said, 'Popcorn will never go away.' Is the cheapest food people can make, and above all, a ceremonial experience for many. '