No Gas, No Hydrogen, No Electricity! The Uber-Green Way is the "Choro-Q" Way! 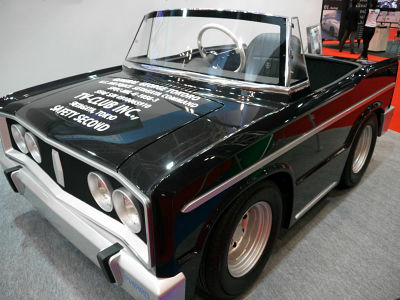 Themed on "Fun Driving for Us, Eco Driving for Earth", there are tons of electric-cars and hybrids and other impressive green technologies on display at Tokyo Motor Show 2009.

The Katsushika-based toy company Takara Tomy has brought green-driving to the next level with their "Jitsubutu-dai Choro-Q (Life-Sized Penny Racer)", the pullback toy car big enough to seat an actual person. And it actually runs! Designed by famous Japanese singer/comedian/car-maniac George Tokoro. He calls this Choro-Q an "Extreme ECO Car of the Future". 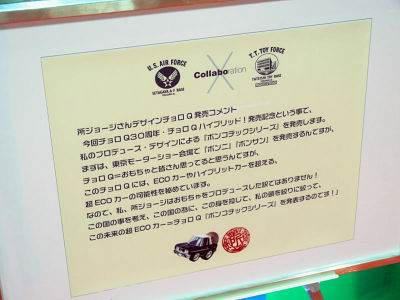 An autographed picture of George Tokoro was on display. 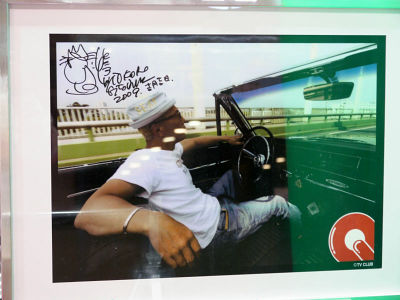 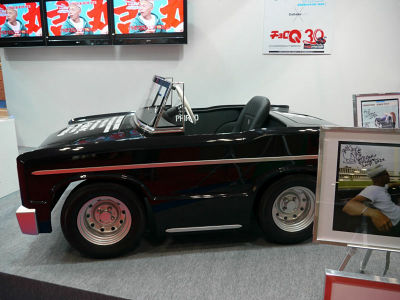 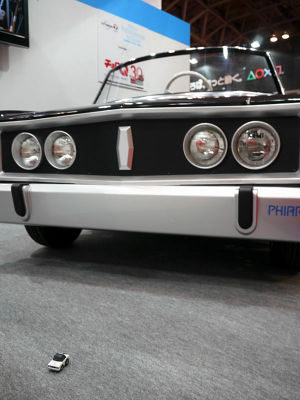 They say the development took three months. How fast and how far can it run? Can it turn? Will it be a one-way ticket?

A Tokyo Motor Show-limited model Choro-Q will be on sale. 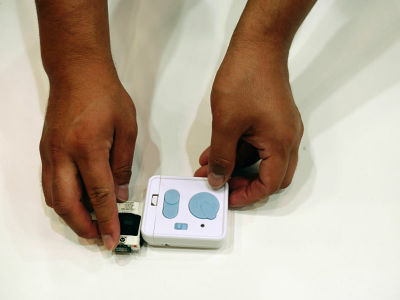 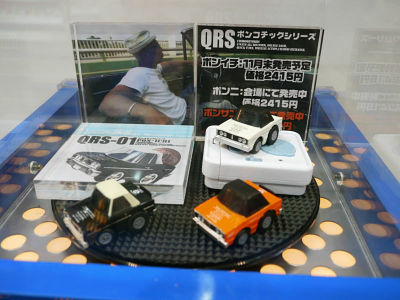 It's a one-seater convertible. 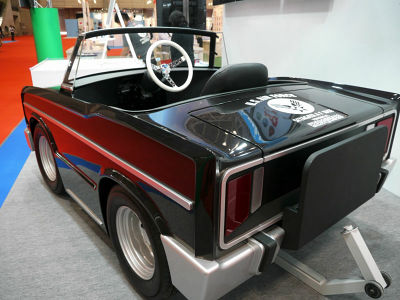 The penny racer is named PON-ICHI. 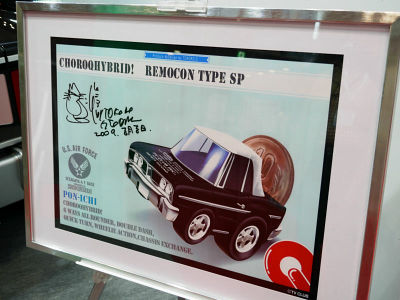 Choro-Q is now celebrating its 30th anniversary. The life-sized Choro-Q can actually run according to the boothperson, but unfortunately there was no demonstartion at Tokyo Motor Show. A footage of the project will be aired in a TV show hosted by Tokoro. 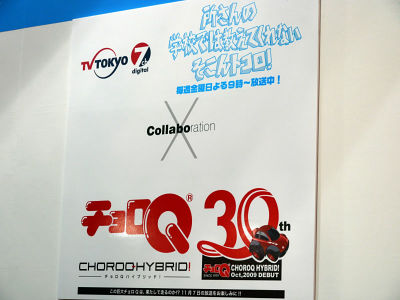 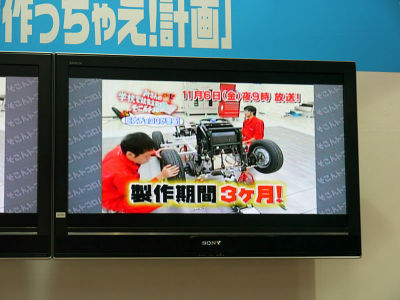